Welcome To The Border Mr. Biden, Mind If I Hand-Deliver Letter Giving You A Well-Deserved Kick In The Butt? 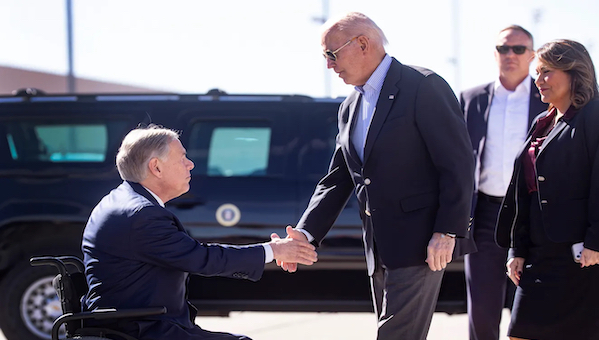 Texas Governor Abbot (R) was there to welcome President Biden as he landed in El Paso for his first trip to the U.S.-Mexican border in his entire life.

As Abbot greeted the President, he handed Biden a scorching letter telling him that he’s done a lousy job on the border and it’s time for the President to do his job and secure the border by enforcing the federal immigration already on the books, including:

“This chaos is the direct result of your failure to enforce the immigration laws that Congress enacted,” reads the letter. “Your open-border policies have emboldened the cartels, who grow wealthy by trafficking deadly fentanyl and even human beings. Texans are paying an especially high price for your failure, sometimes with their very lives, as local leaders from your own party will tell you if given the chance. On behalf of all Americans, I implore you: Secure our border by enforcing Congress’s immigration laws.”

For those of you keeping score, it’s Governor Abbot One-President Biden a big fat zero.

Below is a video of Governor Abbot’s interaction with President Biden, followed by a copy of Abbot’s entire letter. 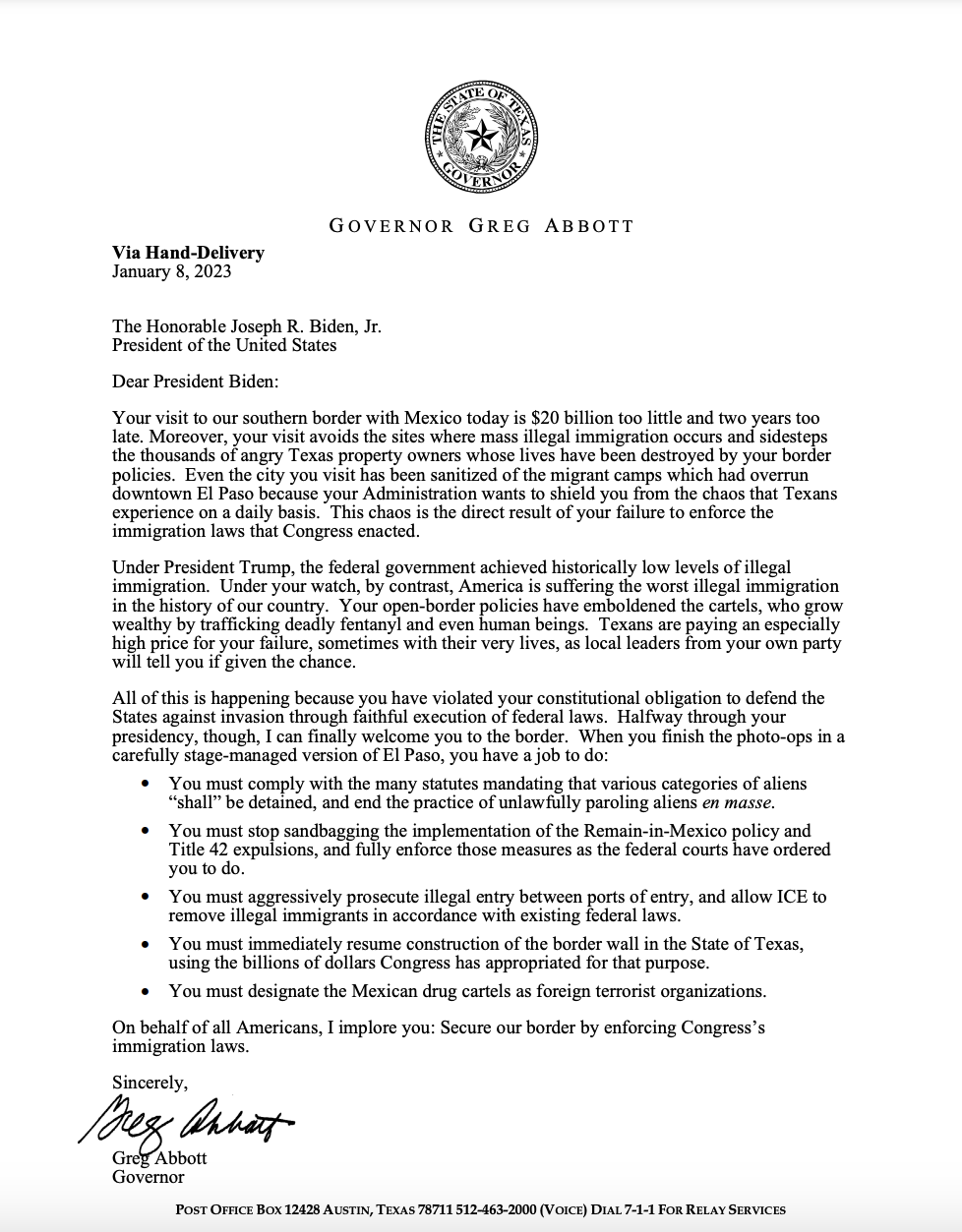