ENERGY: Biden Shamed Into Taking A Step In The Right Direction

Finally, Biden Took A Step, Albeit A Tiny Step, In The Right Direction. 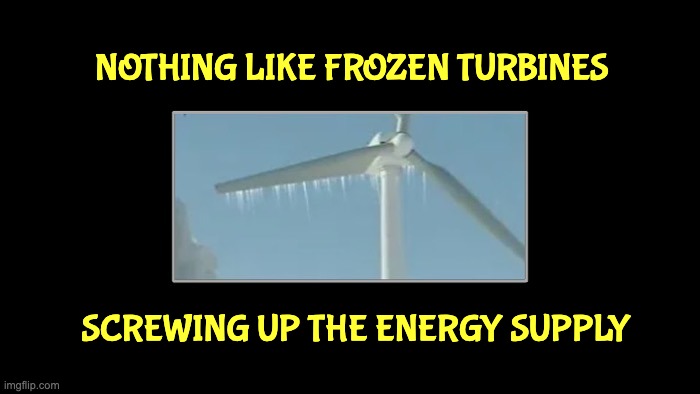 Biden’s deeply-held instincts to placate the hard left and the reality check that followed have brought back a well-worn Churchillian axiom.

‘You can always count on Americans to do the right thing – after they’ve tried everything else.’ [Full transparency: as much as we love that citation, it’s probably misattributed. More about the origin here.]

Whoever said it initially, Biden has really been living down to that pithy observation.

From Day One, Biden has been at open war with the Energy Sector. We’ve seen it with his Executive Orders, policies, and appointments. And with that open war has come an increase in oil prices. Just before Biden moved into the White House—In December 2020, the cost of oil/barrel was  $52.35. It’s been hovering around $100 a barrel in recent months before the Russian invasion. After the February 24 invasion of Ukraine,  price increases accelerated. On March 25, the price per barrel was $113.55.

Sure, energy prices increased after Putin began his war in Ukraine, but the bulk of the increases came from Biden.

Manchin was incensed by the initial move in February and hauled FERC’s commissioners before a hearing of the Senate Energy and Natural Resources Committee on March 3. In that hearing, he blasted regulatory moves by Glick and his fellow commissioners as “beyond the pale” amid Russia’s war against Ukraine.

“To deny or put up barriers to natural gas projects and the benefits they provide while Putin is actively and effectively using energy as an economic and political weapon against our allies is just beyond the pale,” he said.

With a spotlight being shone on the impact of how Russia stands to gain from energy monopolies and some seriously unsavory countries waiting to cash in on energy revenue, Biden has been forced to rethink his aggressive push to embrace some critical pieces of AOC’s Green New Deal.

Biden is starting to wake up to the fact that the rest of us have been screaming at him all along: It’s Energy, Stupid! Putin Is Taking Advantage Of The Left’s Climate Obsession. Finally, Biden took a step in the right direction, albeit a tiny step.

Speaking in Brussels alongside European Commission President Ursula von der Leyen, Biden said Russia was using its supply of oil and gas to “coerce and manipulate its neighbors.” He said the United States would help Europe reduce its dependence on Russian oil and gas, and would ensure the continent had enough supplies for the next two winters. The announcement came just before Biden departed Brussels for Poland.

“It’s going to take some time to adjust gas supply chains and infrastructure that (were) built for the last decade so we’re going to have to make sure the families in Europe can get through this winter and the next while we’re building an infrastructure for a diversified, resilient and clean energy future,” Biden said.

…Senior administration officials said the 15 billion cubic meters of liquefied natural gas come from multiple sources, including the United States and nations in Asia. But officials did not have an exact breakdown on where the gas was coming from. The announcement Friday was the culmination of a US effort over the past months to identify alternate sources of energy for Europe, particularly in Asia. Officials said those efforts would continue through this year to hit the target..

One official said weaning Europe from Russian energy amounted to “replacing an unreliable supplier of LNG with a much more reliable supplier in the US.”
“This crisis also presents an opportunity. It’s a catalyst,” Biden said. “A catalyst that will drive the investments we need to double down on our clean energy goals and accelerate progress towards our net zeroes emissions future.”

Manchin reacted to the administration’s 180.

“I was also pleased to see them approve three additional pipeline projects. Energy security for America and our allies is dependent on FERC’s ability to move much needed energy infrastructure projects forward,” Manchin added. “To do so they must maintain clear and predictable policies that strike the right balance between energy security, affordability and environmental considerations

Of course, in Joe Biden’s small-horizon world, that means windmills and solar farms which are’ “super-reliable” and don’t have ‘any’ negative eco-costs in their materials production or their disposal. Sure just ask people who lived in Texas in Feb. 2021 when frozen turbines contributed to the entire power infrastructure collapsing. That month the Lone Star state became the Frozen state.

Has he even noticed that many of those ‘green’ technologies the left are enamored of are already becoming obsolete? We’ve recently seen some serious steps forward on a technology that can actually provide reliable energy. If Biden REALLY Wanted To Improve The Economy AND The Environment, He’d Do THIS.

We’ll not praise Biden for finally doing the right thing. After all, he’s only doing so because he got dragged there kicking and screaming. It’s only a tiny step, but it IS a step.

And why was he so reluctant to sanction Putin’s pipeline in the first place? Follow the money.