Tisha B’ Av: The Day God Gave The Jews A Reason To Cry 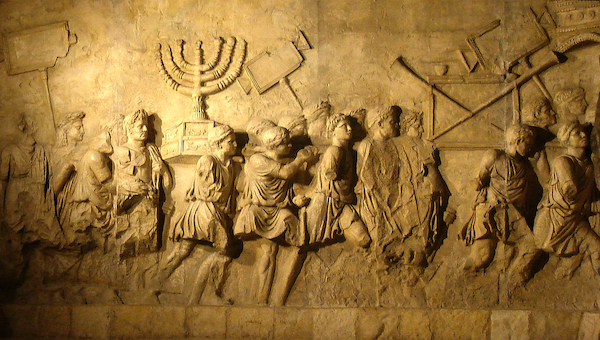 Saturday evening, August 6, begins the Jewish fast day of Tisha B’ Av (literally the 9th of the Jewish month of Av). Since Moses led the children of Israel out of Egypt, through modern times, horrible things have happened to the Jewish people on or around the 9th day of Av. Even former President of the United States Barack Obama has an eerie connection to this sad day.

Tisha B’ Av is one of only two full-day fasts on the Jewish Calendar, the other being Yom Kippur (why do they call it a fast anyway? IMHO, the 27 hours of not eating goes really slow). The two fasts are very different in tone and meaning.

Yom Kippur is considered a happy fast. The thinking is that people are concentrating so hard on getting close to God that they can’t think of eating. It must be my ADHD because even though I am concentrating hard, by Yom Kippur afternoon, it’s hard to not think about food.
Tisha B’Av is different. It is a sad, mournful fast. It is a day associated with great tragedies for the Jews.

The day’s sadness centers around the loss of the two Temples in Jerusalem, but they are the worst two of the many horrible events that occurred on Tisha B’Av.

Why did all those bad things happen on the 9th of Av?

As a kid, I would cry at the drop of a hat. My Mom, of blessed memory, would tell me that if I continued to cry, she would give me something real to cry about. My Mom didn’t originate that kind of phase, God did, and he “said it” on Tisha B’Av.

After being freed from slavery, leaving Egypt, and getting the Ten Commandments (and the entire Torah) at Mount Sinai, the children of Israel neared its eternal homeland. At the people’s urging, Moses sent twelve spies into Canaan. Two spies, Caleb ben Jephunneh and Joshua ben Nun, returned with a favorable report, “We can surely go up and take possession of it, for we can indeed overcome it.”

We came to the land to which you sent us, and it is flowing with milk and honey, and this is its fruit. However, the people who inhabit the land are mighty, and the cities are extremely huge and fortified, and there we saw even the offspring of the giant.

“They spread a [evil] report about the land which they had scouted, telling the children of Israel, ‘The land we passed through to explore is a land that consumes its inhabitants, and all the people we saw in it are men of stature. There we saw the giants, the sons of Anak, descended from the giants. In our eyes, we seemed like grasshoppers, and so we were in their eyes.”

The newly freed slaves believed the negative report of the ten naysayers and freaked out big time. They begged Moses to take them back to Egypt, where they would be slaves but safe.

Only a few months earlier, these same people witnessed first-hand God’s miracles: the ten plagues, the splitting of the Reed Sea, the revelation at Sinai where they heard God’s voice and received the Ten Commandments, and were fed by God with mana from heaven, et al.

Despite seeing all those miracles first-hand, the newly freed slaves lost faith in God, who pledged to help them conquer the land.

God’s response to their loss of faith was that the generation who knew slavery would die out in the desert (taking 40 years) and that day, the 9th of Av, would be a horrible day for the Jews until the coming of the Meshach (Messiah)

Like my Mom, God told the Jews he would give them something to cry about.
From that day forward, horrible things happened to the Jewish people on or around Tisha B’Av, including:

Tisha B’Av became the saddest day in the Jewish Calendar all because the Jews didn’t trust God and his promise to give us the land of Israel. In a way, our collective egos were too big. Despite witnessing those miracles, the nascent Jewish people felt they knew better than God and didn’t believe he would keep his promise. The lack of belief caused the two Temples to be destroyed and the Jews to be separated worldwide.

But no punishment from God is 100% bad. The 9th of Av was also the day when Zionism began. Except for the 70 years of the Babylonian exile, from approximately 1400 B.C.E. – 70 C.E., there was a Jewish State in what is now called Israel. Many Jews lived there afterward, but the number and their movement were restricted by the Romans and all the empires that followed.

Zionism is the movement for the Jews to return to their eternal homeland and the resumption of Jewish sovereignty over that homeland.

What is not usually understood the first Zionists appeared soon after the Exodus from Egypt when the newly freed slaves wandered in the wilderness.

The two spies, Caleb and Joshua, returned to Moses with a favorable report and were the first Zionists. They wanted to return to their eternal homeland. The land which God told Abraham to leave his father’s house and go to. The land where Abraham, Sarah, Isaac, Rebekah, Jacob, Leah, and Rachel lived and their twelve sons grew up.

It wasn’t called Israel or Judea back then, nor were we called Jews. But even back then, the land we now call Israel was our eternal homeland.

Tisha B’Av is not only a day when we lost two temples and got tossed out of our homeland, but it’s also a day where we realize that wherever we live, in any country, Jews must support and protect the land of Israel and recognize that one day all Jews will return home. The movement to ensure all of that happens is known as Zionism.

Jeff Dunetz (The Lid) is an active member and on the board of Herut NA (North America). Herut is an international movement for Zionist pride and education and is dedicated to the ideals of pre-World War II Zionist leader Ze’ev Jabotinsky. More about Herut can be found at www.HerutNA.org–Please click on this link and consider joining me in this great organization.