And The World Still Hasn't Learned 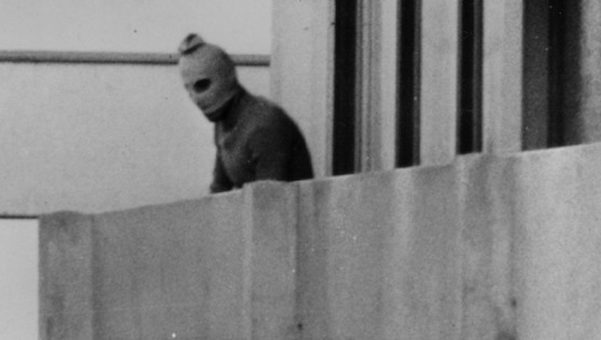 50 years after the Olympics massacre

We just got the final word … you know, when I was a kid, my father used to say, “Our greatest hopes and our worst fears are seldom realized.” Our worst fears have been realized tonight. They’ve now said that there were eleven hostages. Two were killed in their rooms yesterday morning, nine were killed at the airport tonight. They’re all gone.

Those old enough to have seen this horror played out live and worldwide on Television a half-century ago will never forget the vivid image of a Ski-masked terrorist on the balcony as the horror played out on September 5th beginning at 4:30 AM.

Back then, there were only three televised sources for news, and the most notable reporting was on ABC, which had the rights to the Munich games. After a failed rescue attack, the death of Israeli athletes was announced  at  1:15 AM Munich  time  when Jim McKay made that horrible announcement, “they are all gone.”

Eleven Israelis were killed in the attack, two in their Olympic Village bedrooms, and nine during the rescue attempt. According to the documentary “One Day in September,” the rescue failed because, from planning to execution, the Germans totally botched the mission.

Yassir Arafat sent five Palestinian Terrorists into an Olympic Village dedicated to peace and international cooperation. Initial reports said the attack was planned and carried out by a PLO splinter group Black September. But Black September never existed. According to a

According to a State Department cable sent on March 13th, 1973, Black September was just a cover term for Fatah’s terrorist activities. Fatah, the party run by Yasser Arafat and eventually Mahmoud Abbas. They wanted to keep Fatah’s hands clean, so it would look like a moderate group. The cable reads, in part:

“Question of link between Black September Organization (BSO) and Fatah has been subject of much public discussion,” the telegram begins. Then it explains Arafat’s lies about his role in Black September: “Fatah leader Arafat has disavowed connection with BSO. … Arafat continues to disavow publicly any connection between Fatah and terrorist operations. Similarly, Fatah maintains its pretense of moderation … .”

The truth about Black September and Fatah was exactly the opposite of what Arafat claimed, according to the US State Department telegram: “USG [United States Government [has information that Fatah is in fact parent body of BSO. … The Black September Organization is a cover term for Fatah’s terrorist operations executed by Fatah’s intelligence organization. … For all intents and purposes no significant distinction now can be made between the BSO and Fatah.”

The funding for the terrorist team was arraigned by the future President of the Palestinian Authority, Mahmoud Abbas. Their successful mission was to shock the world–kidnapping and killing the Israeli Olympic team. This was the first terrorist tragedy played out live and worldwide on TV. That is probably why we all remember that picture of the Ski-masked terrorist on the balcony. 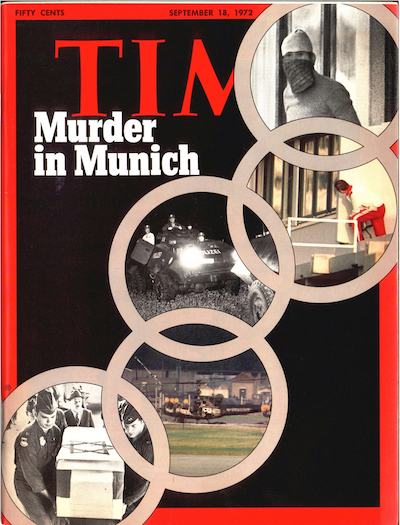 Sadly after the carnage, the Olympic committee did not feel the massacre of 11 Israeli athletes was important enough to cancel the games, but they delayed the games for 36 hours. The games continued despite the public demand to cancel the rest of the Olympics.

At least one source says the Israeli government endorsed the decision to resume the games that year. As it is only one source and doesn’t seem like something Golda Meir would do, I would take that report with a grain of salt.

Jim Murray of the LA Times wrote, “Incredibly, they’re going on with it. It’s almost like having a dance at Dachau.”

Eleven innocents died that day. And the terrorists won. Sure Golda Meir sent out a hit squad and killed most of the murderers behind the attack. But that was followed by a worldwide effort to legitimize the terrorists Arafat and Abbas, the Oslo Accords, the second intifada, three wars with Hamas that the Western world blamed on Israel,  and the  Wye memorandum pushed through by U.S. President Bill Clinton. Just to name a few examples

They say that those who forget the past are doomed to repeat it. That is an apt description of most of the governments of the western world. They quickly returned to appeasing terrorists as if nothing ever happened. That appeasement taught al Qaeda and ISIS that terrorism was a legitimate method of political expression. Make no mistake about it. All those terrorist groups were suckled at the teat of the appeasement of Palestinian terrorism. 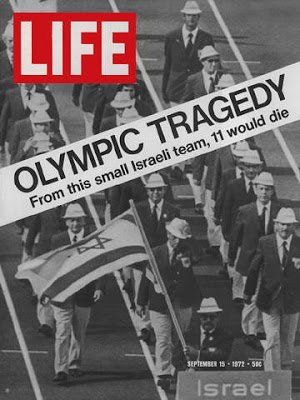 In his book Abu Daoud, who was the mastermind behind the Munich attack, stated:

Or did they know and were so desperate for peace that they forgot morality and accepted the terrorist into the family of “nations.”

The West forgets that in 135 CE, Rome punished the Jews by changing the name of Judea to Palestina. Since then, the land was run by different empires and was still home to a sizeable Jewish population, but there was never an independent state called Palestine. The West has “bought” the propaganda, believing the Palestinian claim that Israel was an illegitimate state. That Jewish holy sites were really Muslim sites. Places such as the Temple Mount (the site of the two holy Temples to God), the tomb of the Matriarch Rachel, of whom tradition tells us her spirit cried for and prayed for the Jews when they were led into exile to Babylon, the tomb of Joseph, Rachel’s son who rose to Grand Vizir of Egypt, and other Jewish holy sites became  Muslim holy sites. As the western world accepted those claims, it was just one more example of appeasing terrorism.

When Abu Daoud died, Abbas eulogized him as he has done with many terrorists since:

He is missed. He was one of the leading figures of Fatah and spent his life in resistance and sincere work as well as physical sacrifice for his people’s just causes.

The word terrorist is no longer used. It’s been replaced by the politically correct word “militant.” The financier Munich massacre, Mahmoud Abbas, is the head of the terrorist group Fatah and has just entered the 18th year of a four-year term as President of the Palestinian Authority. Despite his work as a terrorist leader and  rejection of peace offers, he is considered by world leaders to be a “moderate.’
d
The Munich massacre hasn’t taught the world to fight the terrorist threat until it’s wiped out. All they do is appeasement followed by appeasement. According to the famous line attributed to Albert Einstein, the western world is insane.

“Insanity is doing the same thing over and over again and expecting different results.”

May the memories of the Munich massacre victims always be for a blessing. And may God continue to comfort their bereaved family and friends.
d 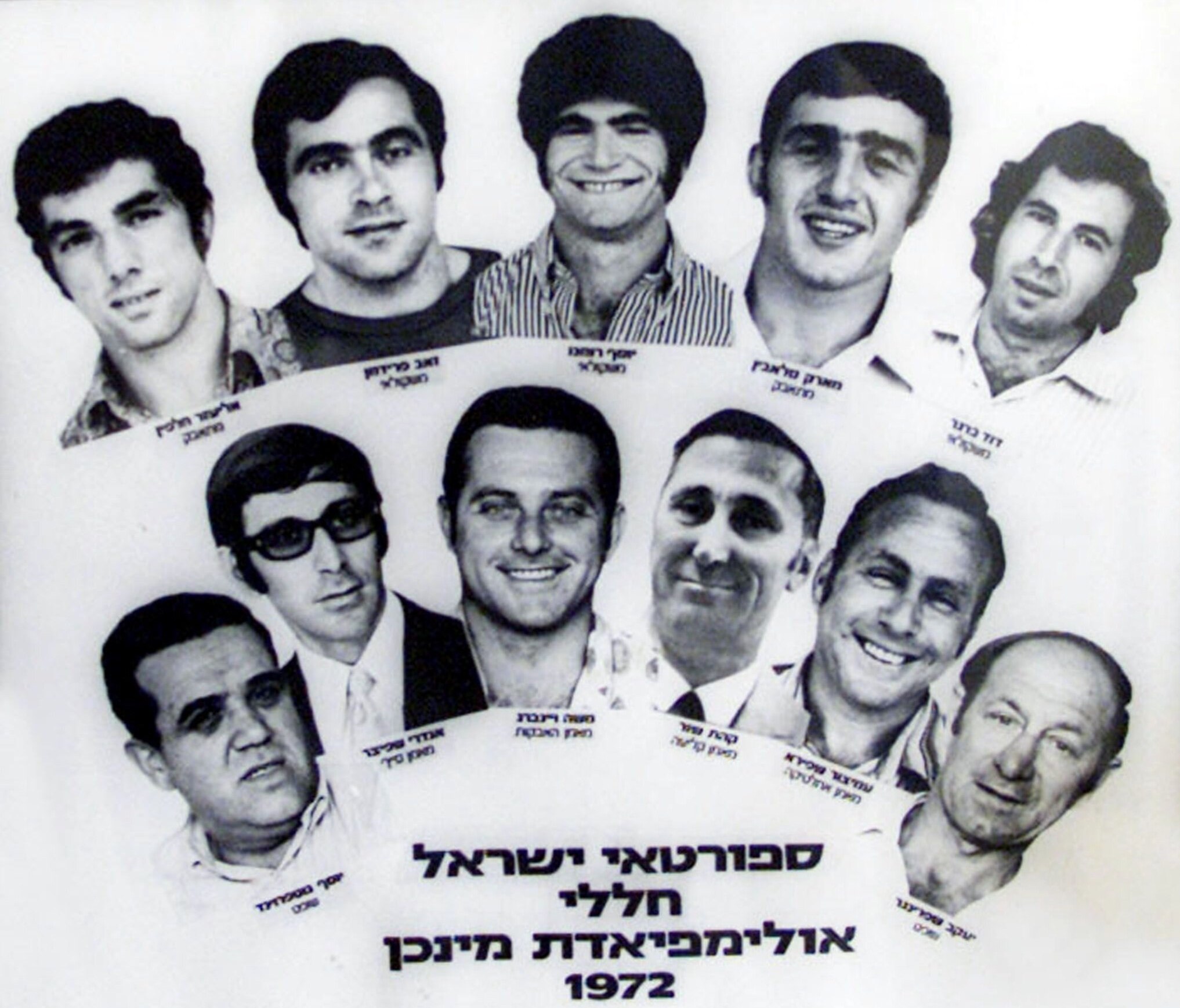 50 years after the Olympics massacre
‘Https://lidblog.com