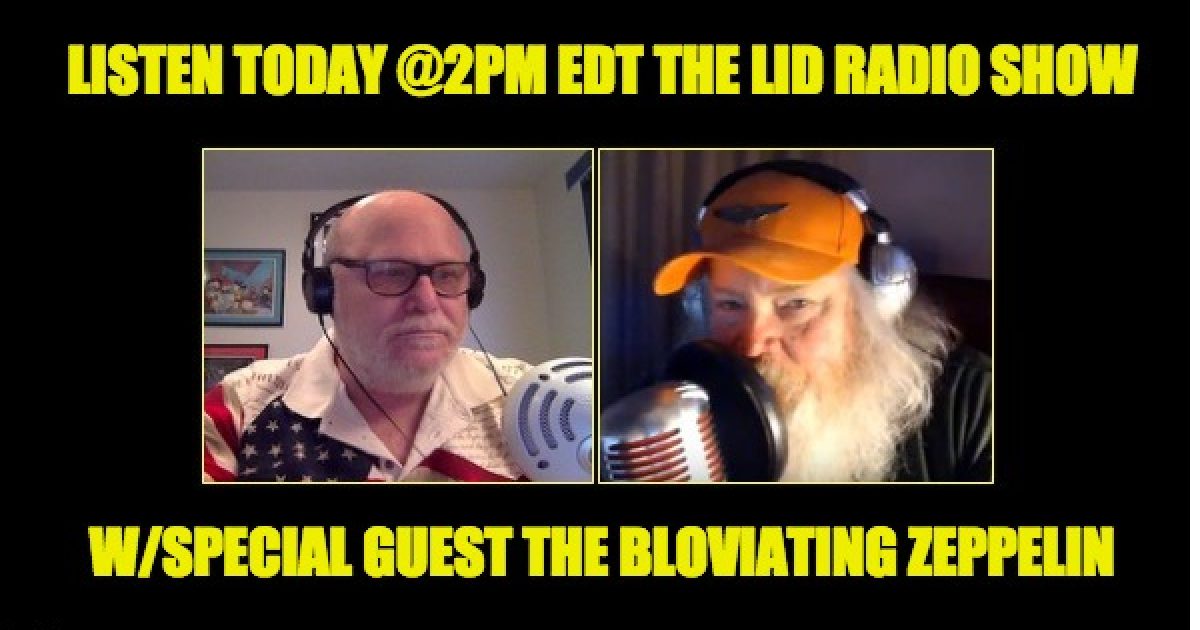 Tune in at 2pm EDT, today on  April 25th for a great Lid Radio Show. This week’s Lid Radio Show guest is BZ, the Editor/Publisher of the great website Bloviating Zeppelin,  And host of the show on SHR Radio:  BZ’s Berserk Bobcat Saloon, which can be heard on the SHRMedia and High Plains Talk Radio networks every Tuesday and Thursday Night @11pm Eastern, and every Wednesday Night he’s featured on the Sackheads Radio Show. on the same two networks

Along with being a great guy, and a pundit who gets to the heart of today’s issues (no holds barred), politically BZ is a Conservative first and quite a distant Republican with a dash of Libertarian mixed in for good measure. He is also a recently retired US law enforcement officer, having worked 41 years for the FBI, the US Marshals, a coastal CA county and 35 years for a 2,000+ officer department in Northern California.

Along with leftist insanity,  Zep and I have plenty of left-wing craziness to discuss, like Rep. Nunes’ claim that the investigation of President Trump was launched without any intelligence, CNN’s Jim Acosta saying Trump Supporters are stupid, the Democrats wanting to take away our tax cuts,  how the libtards said the President’s North Korean pressure campaign would lead to war and instead it lead to talks, and so much more

Have you tried the video site LidsVids.com ?