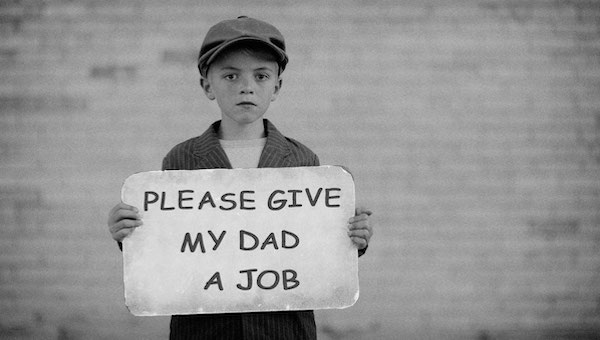 Fifty-five percent of American adults “believe it is likely the United States will enter a 1930s-like depression over the next few years, including 25% who think another Great Depression is Very Likely,” according to a new survey released by Rasmussen Reports.

With the economy in trouble, gasoline prices steadily rising overnight, and continuing divisions between Republicans and Democrats, the Rasmussen poll also revealed that “Only 28% believe the stock market be higher a year from now, while 33% think it will be lower. Twenty percent (20%) expect the stock market to be about the same a year from now, while another 19% are not sure.”

The survey of 1,000 adults was conducted May 11-12 with a margin of sampling error of +/- 3 percentage points with a 95 percent confidence level, Rasmussen said.

According to Rasmussen, people under 40 “are generally more optimistic than their elders about the economic future, while men under 40 are more likely to expect the market to be higher by this time next year.

“Republicans (48%) are more likely than Democrats (24%) or those not affiliated with either major party (30%) to believe the stock market will be lower a year from now,” Rasmussen added. “Seventy-one percent (71%) of Republicans think another Great Depression is likely in the next few years, but only 42% of Democrats and 54% of the unaffiliated agree.”

But that final set of figures should be alarming because a majority of Republicans expect the worst, and so does a majority of Independents. That cannot be good news for Congressional Democrats heading into the midterms, and it adds more momentum to the notion of a GOP tsunami at the polls in November.