The Taliban Is Threatening To Send 2000 Suicide Bombers To D.C. 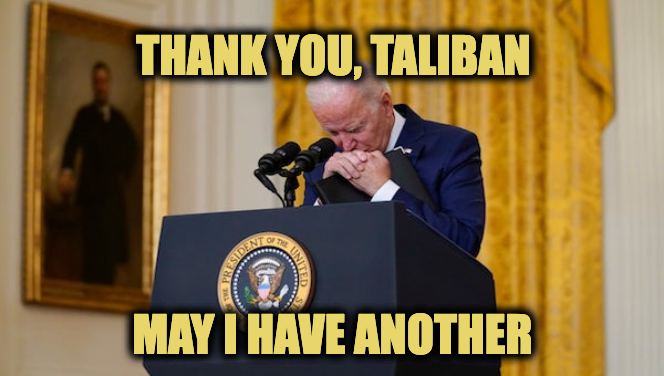 Do you think they would have dared threaten this under a Trump presidency? 2000 suicide bombers To D.C.

Trump and Biden have two very different approaches to their relations with unstable despotic nations.

Trump’s negotiating style is to not give an inch unless he gets some kind of a concession in return. Biden, not so much. From the beginning of his negotiations with Iran, he promised relief from Trump’s extreme pressure sanctions without getting anything in return, making it clear that he was the desperate party in this exchange.

There’s another big difference between the two the willingness to apply real pressure.

Biden may have been willing to authorize the droning of an NGO worker delivering water in Afghanistan, but Trump had a different target in mind. When negotiating with Taliban leaders, he made it clear he knew which village they came from, where they lived, and their friends, family, and associates lived. The smoking crater that used to be Solemani was all the proof they needed to know he wasn’t bluffing.

Now that Biden has made an absolute dumpster fire of the pullout and has handed the Taliban, not just the country’s government and leaving behind hostages, but billions of dollars in modern Western weapons — not to mention untold heaps of US dollars abandoned in the retreat. How has the Taliban thanked Biden for all he has done for them?

Well, Afghanistan’s acting defense minister, Maulvi Mohammad Yaqoob Mujahid, had some choice words when the topic of an American embassy came up.

“If America wants 2,000 English [i.e., American] troops at its embassy in Afghanistan, we also want 2,000 Fidayeen Mujahideen [i.e., suicide bombers] from the Fateh Force at the embassy of Afghanistan in America,” a Dec. 11 tweet from Yaqoob read.

MEMRI noted that “Fidayeen is another term used by jihadi groups for their suicide bombers.

“‘Fateh Force,’ or ‘victorious force,’ is a ‘martyrdom force’ within the Badri 313 unit of the Islamic Emirate,” the group reported. “Badri 313 is named after the Ghazwa-e-Badr, the first Islamic battle led by Islam’s founder Muhammad in which 313 Muslims defeated thousands of non-Muslim tribesmen.”

…The threat isn’t an idle one, either. Last week, MEMRI reported that Taliban spokesman Zabihullah Mujahid told a Pashtu-language radio station the Taliban is readying units of suicide attackers. —

It’s not like they’d have any trouble getting to DC, either. They could just come through the Southern Border like everyone else does. 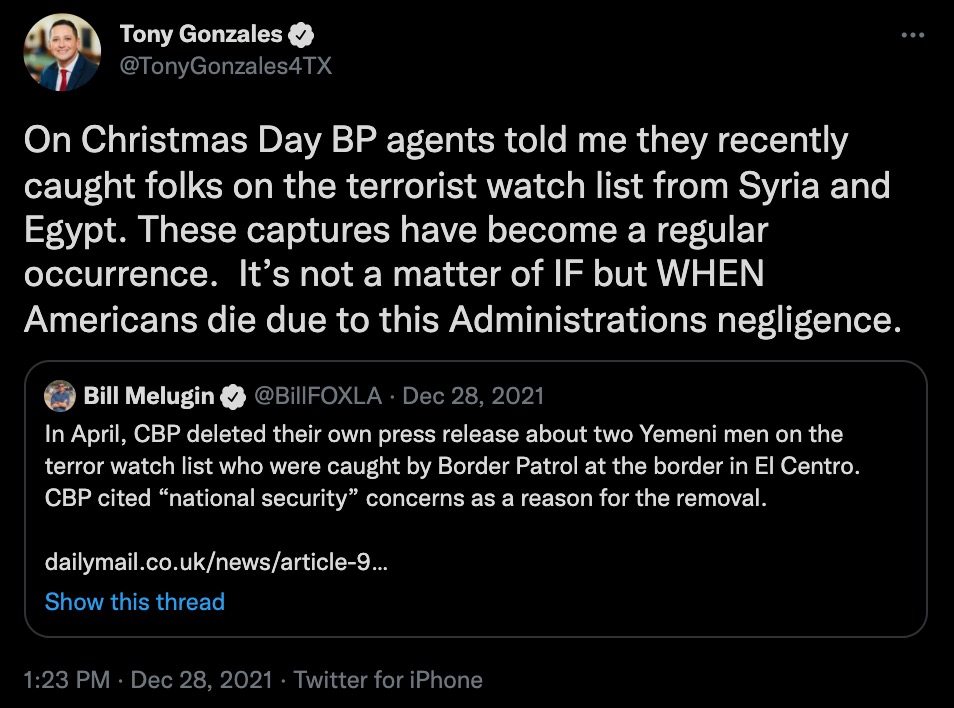 There’s even a chance they might meet some other terrorists along the way. It’s not like Biden-Harris is doing anything to keep them out.