Study: Most U.S. Voters Would Fail Citizenship Test (Proving The Need For A Civics Curriculum) 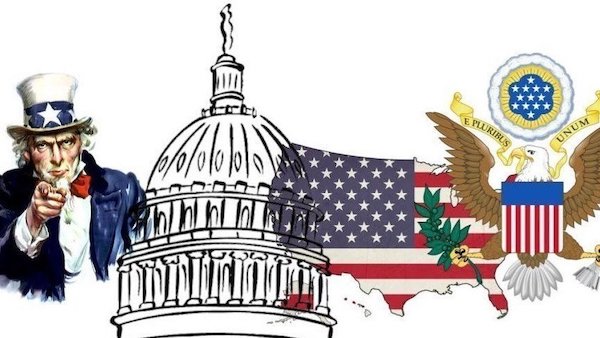 It’s way past time to bring back civics as part of the U.S. school curriculum. Proving that point was that a review of answers on a citizenship test finds that Republicans do far better than Democrats, but most eligible voters of either party failed to get a passing grade. That.s why President Biden shouldn’t have tossed out Trump’s 1776 Commission report.

A study released this week by MOXY, a private organization whose goal is to help us learn about our democracy, reviewed the answers of more than 1,000 Americans in a survey taken between May 28 and June 2. The survey included the questions asked of new Americans seeking to gain U.S. citizenship. But only 42 percent of respondents passed the test.

“The combination of twenty potential questions, along with the multiple-choice format of the questions — with the (discouraged) ability to reference external materials, makes the survey version of the test less difficult to achieve a passing score. Therefore, the reader of this report should take into account that performance on the actual test would likely have resulted in lower scores,” MOXY wrote.

“Abundantly clear through the entire study is that Americans’ knowledge and awareness of civics and U.S. history falls short of expectations, especially given the fact that their concerns, frustrations, and skepticism of government runs quite high,” the group added.

Fortunately, those seeking citizenship do far better than native-born Americans. According to the federal government, 91 percent of those seeking to become naturalized citizens pass the test.

To gain citizenship, applicants must correctly answer six out of ten questions in an oral test.

Cesar Melgoza, the founder of MOXY, told Townhall that Americans fail to learn about American civics, and all too often, citizens are voting without the proper knowledge behind their decisions.

Melgoza also insisted that if Americans took the time to learn more about our civics, we would not be misled as much by lies on social media.

The 1776 Commission was not related to the above survey but seemed to respond to Melgoza’s statement.

The commission’s report concluded in part:

Education in civics, history, and literature holds the central place in the well-being of both students and communities. For republican government, citizens with such an education are essential. The knowledge of human nature and unalienable rights—understanding what it means to be human—brings a deeper perspective to public affairs, for the simple reason that educated citizens will take encouragement or warning from our past in order to navigate the present.

A wholesome education also passes on the stories of great Americans from the past who have contributed their genius, sacrifices, and lives to build and preserve this nation. They strengthen the bond that a vast and diverse people can point to as that which makes us one community, fostered by civil political conversation and a shared and grateful memory.

The crucial contribution that a quality civics education makes to the well-being of America and its citizens is love for our country, properly understood. A healthy attachment to this country—true patriotism—is neither blind to its flaws nor fanatical in believing that America is the source of all good. Rather, the right sort of love of country holds it up to an objective standard of right and wrong, with the desire and intent that the country do what is right.

Where the country has done what is good, citizens justly praise those who came before them. Where it has done wrong, they should criticize the country and work to make sure that we—the people who govern it—do what is right.

(…) Consider the subject of slavery. At the time the Declaration was written, between fifteen and twenty percent of the American people were held as slaves. This brutal, humiliating fact so contradicted the principles of equality and liberty announced in 1776 that many people now make the mistake of denouncing equality and liberty.

Yet as we condemn slavery now, we learn from the founders’ public statements and private letters that they condemned it then. One great reason they published the Declaration’s bold words was to show that slavery is a wrong according to nature and according to God. With this Declaration, they started the new nation on a path that would lead to the end of slavery. As Abraham Lincoln explained, the founding generation was in no position to end this monstrous crime in one stroke, but they did mean “to declare the right, so that the enforcement of it might follow as fast as circumstances should permit.”

The point is this: The key to freedom for all is discovered in the moral standard proclaimed in the Declaration. It would, the founders hoped, prove to be the key that would unlock the door to equality and liberty for all. History tells the story of how our country has succeeded—and at times failed—in living up to the standard of right and wrong. Our task as citizens in a national community is to live—and it is the task of teachers to teach—so as to keep our community in line with our principles.

The Commission lays out an educational plan to teach civics to America accurately and truthfully. The MOXY study proves a civics curriculum is necessary. Sadly the 1776 Commission report was released two days before President Trump left office and as he’s done with anything associated with the name Trump, President Biden immediately tossed it in the trash.