Inflation Stuck at 40 Year High and Much More 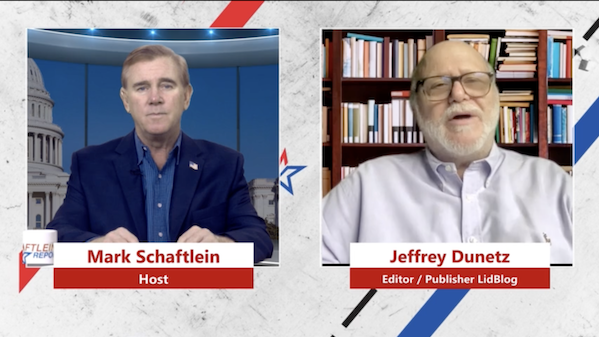 1) Inflation at 8.2% is not going down despite Federal Reserve Rate Hikes.
The CPI was .4%, translating into a year-over-year figure of 8.2%. The PPI or core rate increased by.6% to translate to a 6.6% increase year over year Americans are struggling to pay their bills. , 25% are delaying retirement, and mortgage rates are now 7% making it more difficult to get adult kids to get the heck out of the house already.
f
2) Utilities were up 2.9%, Transportation was up 1.9%, and Medical care rose 1%.
Food and Rent increases are also big contributors to inflation.
f
3) Markets are now expected to see a peak Federal Funds Rate of 4.79% in Q-3 of 2023.
The Fed Funds Rate needs to be above 5% to bring inflation down, according to Larry Summers, former Obama Treasury Secretary. The Fed is expected to increase the Fed Funds Rate by 75 basis points in November and 50-75 basis points in December. Jeff predicts 75 based on the latest inflation reports.
f
4) Biden claims, “Beau lost his life in Iraq.” No, he did not. Biden either lied or forgot. What father forgets the loss of a child? A sign of his loss of mental capacity. Biden is in LA today and Orange County tomorrow, looking for cash from liberals. More Los Angeles–LA City counsel President resigns after racist remarks uncovered on tape.
f
5) Polls; Johnson is up by 6 over Barnes in Wisconsin. Vance is up 1-2 in Ohio. In our opinion, the Walker/Warnack Senate race in GA will head to a December run-off as neither candidate is poised to hit 50%. Jeff makes a no-weasel-out prediction about the midterms.
Potentially Republicans could have 50 seats with the balance of power decided by GA runoff like in 2020. Jeff wants GOP to win so he can see his Senator Chuck Schumer (D-hack-NY) cry for real.
f
6) Democrats are losing the crime Issue big time, and it continues to get worse. They’re now claiming when they said defund the police, they meant don’t give money to the rock band led by Sting. Across the country, crime getting much worse grown to be a major midterm issue.
f
7) UN demands Russia return annexed land, making Putin snort.
f
8) Was Troy Aikman’s comment about players wearing dresses really that serious. Twitter liberals went nuts. Good, let them be outraged! I’m watching football. NY Jets scored 40 points and beat Miami. Obviously a sign of the apocalypse.
f
9) Is Biden using OUR dollars to help Hunter Biden with his legal issues? Is it really to keep Hunter’s problems from attaching to him.
f
10) Comforting Jeff about  NY Mets. Predictions for America and World for the next week,

Make sure to watch/listen to Mark’s program every Monday-Thursday. It’s always a great show, but to be honest, it’s a little more extraordinary on Thursdays when I’m the regular guest.

Truthfully no matter who’s the guest, you will enjoy tuning into the Schaftein Report every Mon-Thurs. You find the latest video episodes on the show’s website and, most recently, on YouTube.    If you prefer sound only, Schaftlein Report can be heard on Apple Podcasts here, Audible Podcasts by clicking here, and iHeart Radio at this URL.