BORDER CRISIS! DHS On Pace To Catch 100,000 Illegals At Border This Month 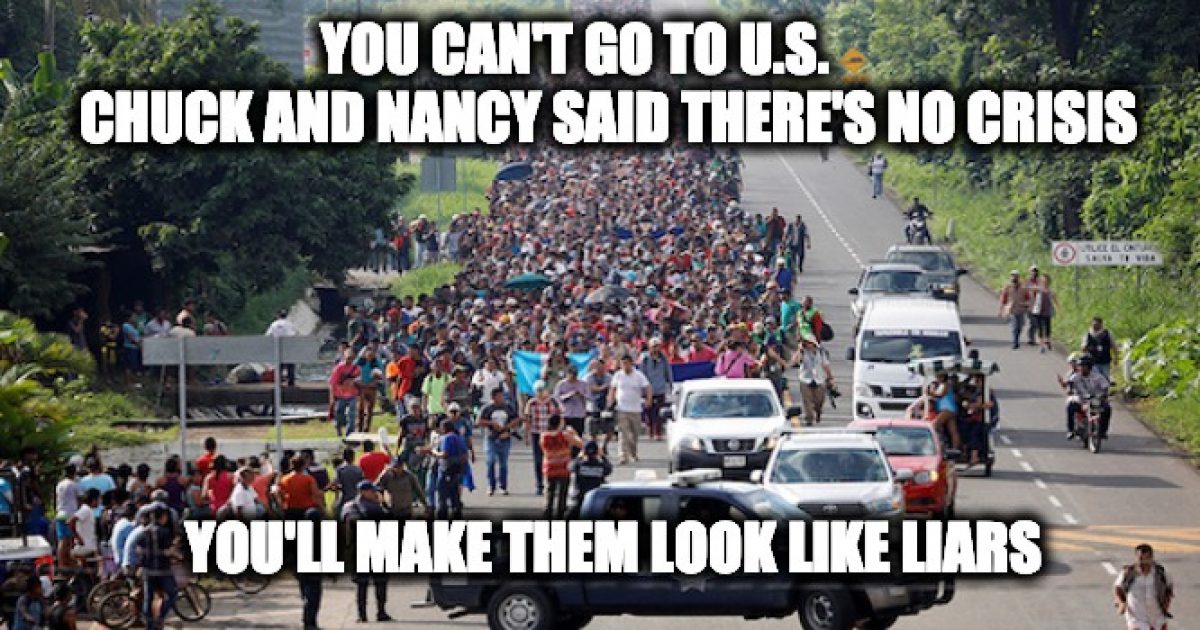 Delivering a speech at Auburn University’s Center for Cyber and Homeland Security, Homeland Security Secretary Kirstjen Nielsen pushed back against claims that the U.S.-Mexico border crisis is “manufactured” and warned that crossings are on track to reach a 10-year high level.

At the same time, we cannot lose sight of our most basic obligations to the American people, reflected in the second goal of our strategic plan:  to Defend U.S. Borders and Sovereignty.

There is no more fundamental responsibility for a nation.  And yet, the American people have been let down by our government again…and again.

I want to cut through the politics to tell you loud and clear:  there is NO  “manufactured” crisis at our Southern Border.  There is a real-life humanitarian and security catastrophe.

Last month, we apprehended more than 75,000—the highest in over a decade.

And today I can tell you that we are on track to interdict nearly 100,000 migrants this month.

The situation at our Southern Border has gone from a crisis…to a national emergency…to a near system-wide meltdown.

I say this with the utmost sincerity and urgency:  the system is breaking.  And our communities, our law enforcement personnel, and the migrants themselves are paying the price.

DHS on track to nab 100,000 illegals at border this month https://t.co/YoYRBmk2QR

Per the Washington Times:

The government is on track to catch nearly 100,000 illegal immigrants at the border this month, Homeland Security Secretary Kirstjen Nielsen said Monday, renewing the administration’s plea for Congress to do something.

That number would be the worst in more than a decade, and it’s more troubling than the worst years because the migrants are children and families who despite being unauthorized, are almost impossible to deport.

“The situation at our Southern Border has gone from a crisis, to a national emergency, to a near systemwide meltdown,” Ms. Nielsen said in delivering an update on the state of her department 16 years after it was established.

Ms. Nielsen said the border wall is part of the solution, but also said Congress must change the laws to allow for detention and faster deportations of illegal immigrant children and families.

“According to the latest numbers, 98% of #IllegalImmigrants caught at the border in 2017 are still in the USA today, underscoring how difficult it is to remove them in the current framework.”https://t.co/ahpf3ihJRg

Everyone should call their congressmen and let them know that you will make it your life’s mission to see them defeated in the next election if they do not stop this asap.

Then if they don’t come through go ahead and follow through to make it your life’s mission to get them voted out.

Democrats say this is a made up crisis and the wall is immoral, do they think voters are stupid? I think they do, they twist and spin everything. They only care about illegals, sad.

And just think how many they didn’t catch

And members of Congress claim there isn’t a crisis at the border… How big does the invasion have to be? https://t.co/TFIMWRbTWj via @WashTimes #TeaParty #MAGA #BuildTheWall

The government is on track to catch nearly 100,000 illegal immigrants at the border this month. The situation at our Southern Border has gone from a crisis, to a national emergency, to a near systemwide meltdown.https://t.co/FdznxcuSH7

Below is a video of Secretary Kirstjen Nielsen’s full speech.

Much of this post was first seen at GodfatherPolitics.com