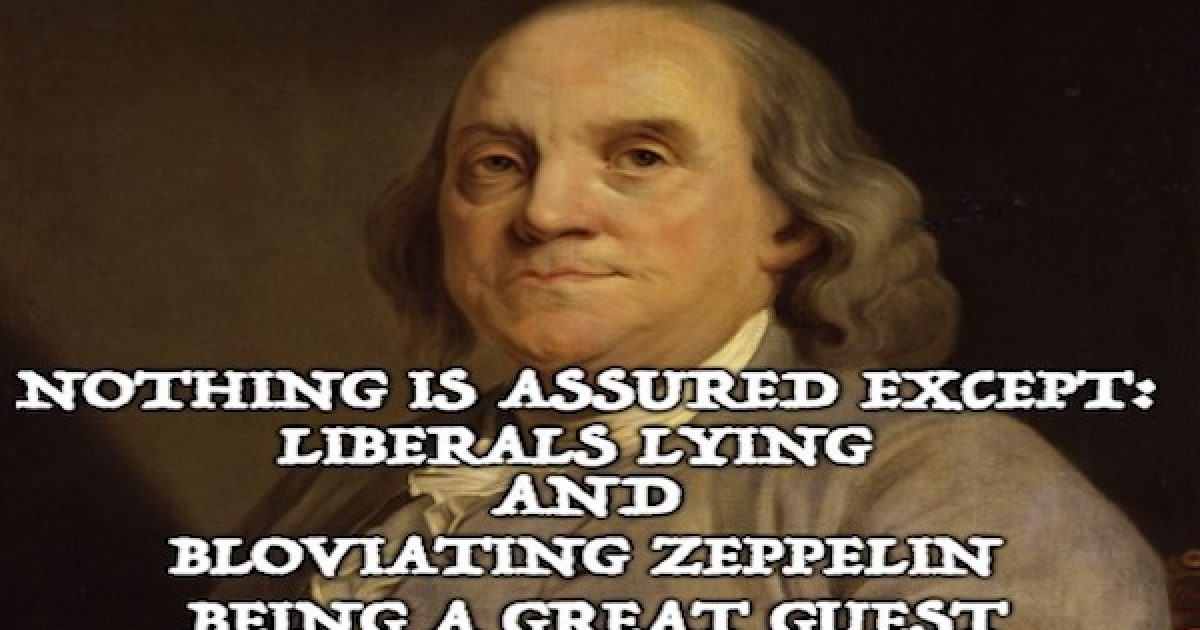 So far the only things proven in the Kavanaugh hearings is that he wrote about beer and farts in his HS Yearbook, meaning that he is my kind of Judge. We also learned that Connecticut Senator Richard Blumenthal never drank beer in Vietnam, Senator Flake’s last name is appropriate, Corey Booker doesn’t wear his Spartacus costume to Senate hearings, and that if it wasn’t a Democratic staffer or senator who leaked Ms. Ford’s document, then it had to be God.  The big rumor is that sometime today, October 3, the FBI will be presenting its report on the charges against Kavanaugh. On Today’s Lid Radio Show, we have the perfect guest to discuss Kavanaugh, the new deals with Canada and Mexico, why liberals are so loony and so much more;  My Friend BZ, the Bloviating Zepplin.

Listen to Lid Radio podcast below as we welcome our special guest BZ, the Editor/Publisher of the excellent website Bloviating Zeppelin,  host of the fantastic show on SHR Radio:  BZ’s Berserk Bobcat Saloon, which can be heard on the SHRMedia network every Tuesday and Thursday Night @11pm Eastern. And because he is wary of taking a night off, every Wednesday Night BZ is featured on the Sackheads Radio Show. at the same time on Wednesday’s

Along with being a great guy, and a pundit who gets to the heart of today’s issues (no holds barred), politically BZ is a Conservative first and quite a distant Republican with a dash of Libertarian mixed in for good measure. He is also a recently retired US law enforcement officer, having worked 41 years for the FBI, the US Marshals, a coastal CA county and 35 years for a 2,000+ officer department in Northern California. And I am told during his four decades in law enforcement he was never sexually harassed by a potential Supreme Court Judge.

Zep and I talked about the Kavanaugh debacle and how our government is encouraging people to mistreat our great law enforcement officers. So hit the play button below and enjoy the latest Lid Radio Show—I promise you will

Listen to “10/3 Guest Bloviating Zeppelin: Anger Over Kavanaugh And Cop Hatred” on Spreaker.