$1.7 Trillion Spending Bill Has Funds for Border Security (For OTHER Countries) 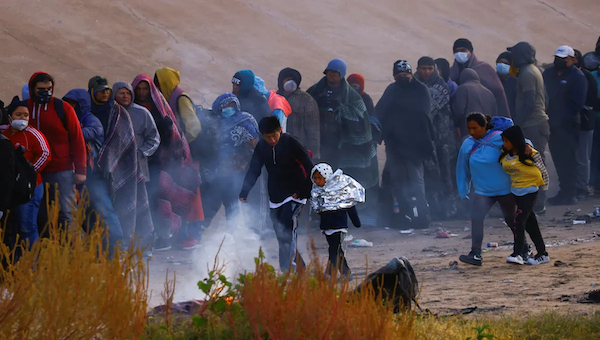 $410 Million in the $1.7 Trillion spending bill is earmarked for Middle East border security, even as illegal immigration surpasses records in the United States. And Congress has done it before – paying for other countries to get border security while leaving our borders wide open.

The spending bill includes $410 million “for enhanced border security” in Jordan, Lebanon, Egypt, Tunisia, and Oman. At least $150 million of the funding is to be used to help Jordan secure its borders.

The hundreds of millions of dollars for border security thousands of miles away from the U.S. comes after Republicans and Democrats negotiated a similar plan in March that saw about $370 million go to border security initiatives in the Middle East and North Africa.

Look at CBP statistics for apprehensions: The first column on the left is the Office of Field Operations encounters. The second column is Border Patrol encounters, and the third column is total encounters. None of these count as the “gotaways.” Title 42 is set to expire this week, with the potential for thousands more to enter the country. Merry Christmas, America. 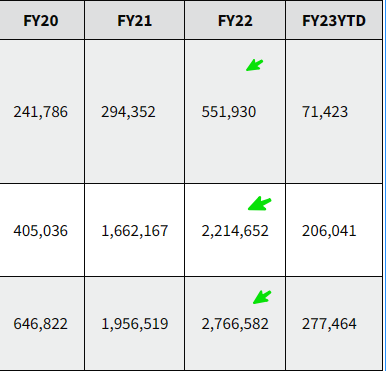 Sometimes there are arrests, but mainly these folks are released into the United States thanks to Biden Administration policies. The midnight flights of Joe Biden, dropping off migrants wherever they want to go.

Into this swamp comes the Biden administration’s gaslighting – with KJP emphatically claiming the border is not open and blaming Republicans for helping the smugglers by saying it is.

The Supreme Court put a hold on the expiration date for Title 42 on December 21. Whether the Biden administration will heed the Court’s ruling is the problem. There is a general contempt for the SCOTUS within this administration. But the fact that the $1.7 Trillion spending bill contains money for other countries’ border security is a shining example of misplaced priorities. It’s not the only place in the bill that is, well, screwed up, but it is an obvious one.