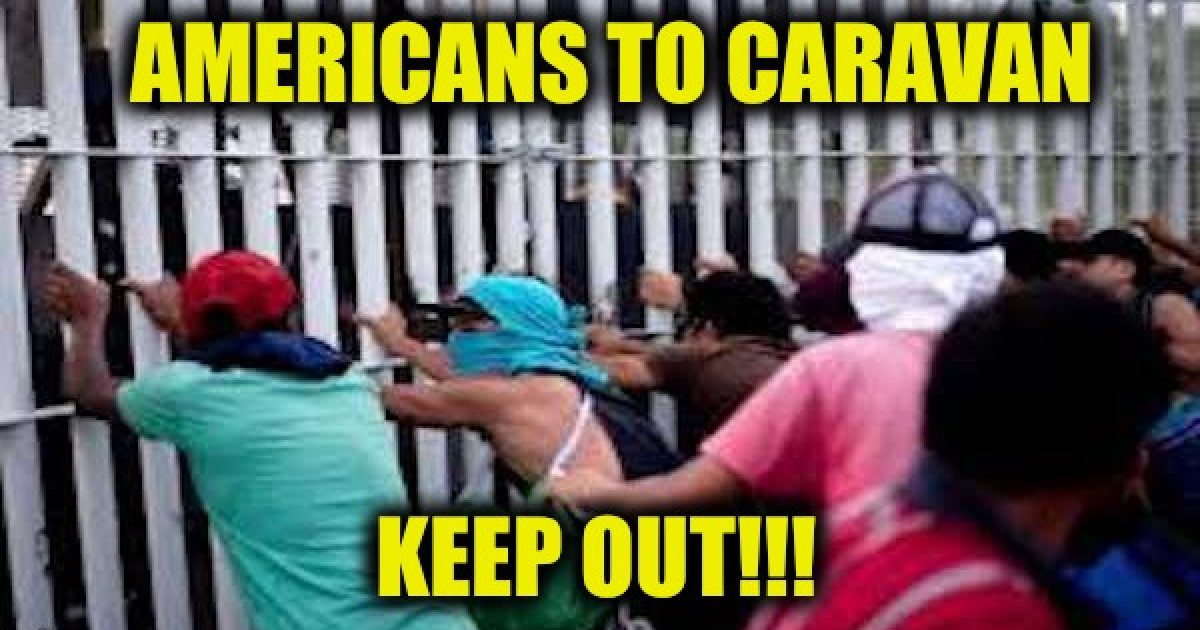 Wow, the Zogby Poll is usually way left-wing but in this case, they published a poll showing that Americans are behind the president on the issue of the migrant caravan. The latest survey by Zogby Analytics finds that 51 percent of Hispanics and 57 percent of all Americans back President Trump’s policy of preventing the migrant invaders from entering our southern border.

Per the Washington Examiner’s Paul Bedard:

Overall, 57 percent of likely voters agree with the Pentagon deployment, and the support is largest among the base of Republicans and older Americans that President Trump is rallying in his effort as he storms the nation to help the party retain control of the House and Senate elections in Tuesday’s congressional midterms.

(…)Said the analysis, “51 percent of Hispanic respondents agree with the deployment of troops to the border to halt the migrant caravan; slightly less than half (49 percent) disagree. Also, 30 percent of Hispanics strongly agree compared to 28 percent who strongly disagree.” 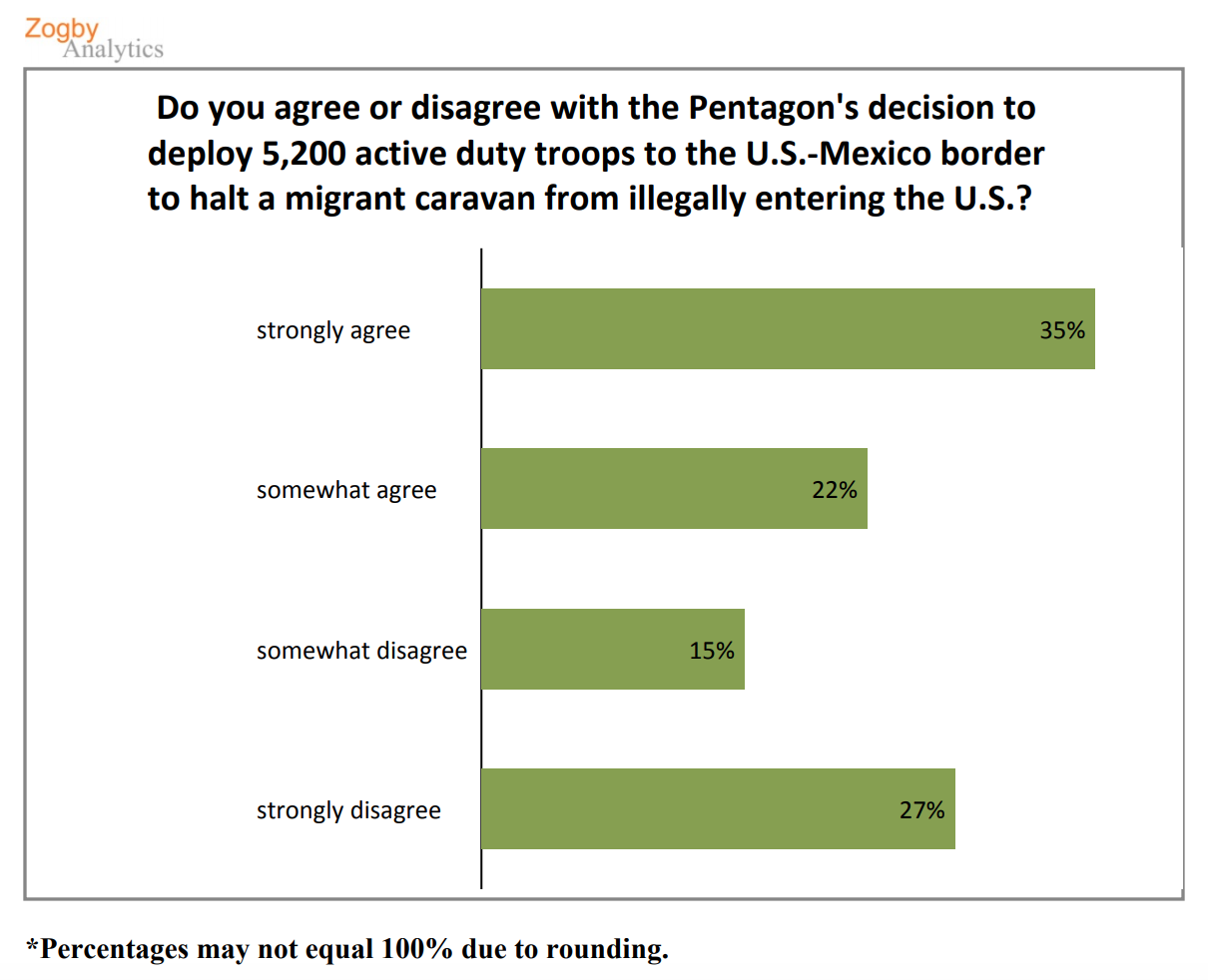 This an interesting finding. Even immigrants or people of immigrant backgrounds feel that these several invading caravans are dangerous and should be stopped. And this conclusion about the caravan is despite what CNN’s clown prince,  Jim Acosta thinks.

Some of the other findings of the poll include

So, it looks like Donald Trump is on the right side of this issue for the most part.