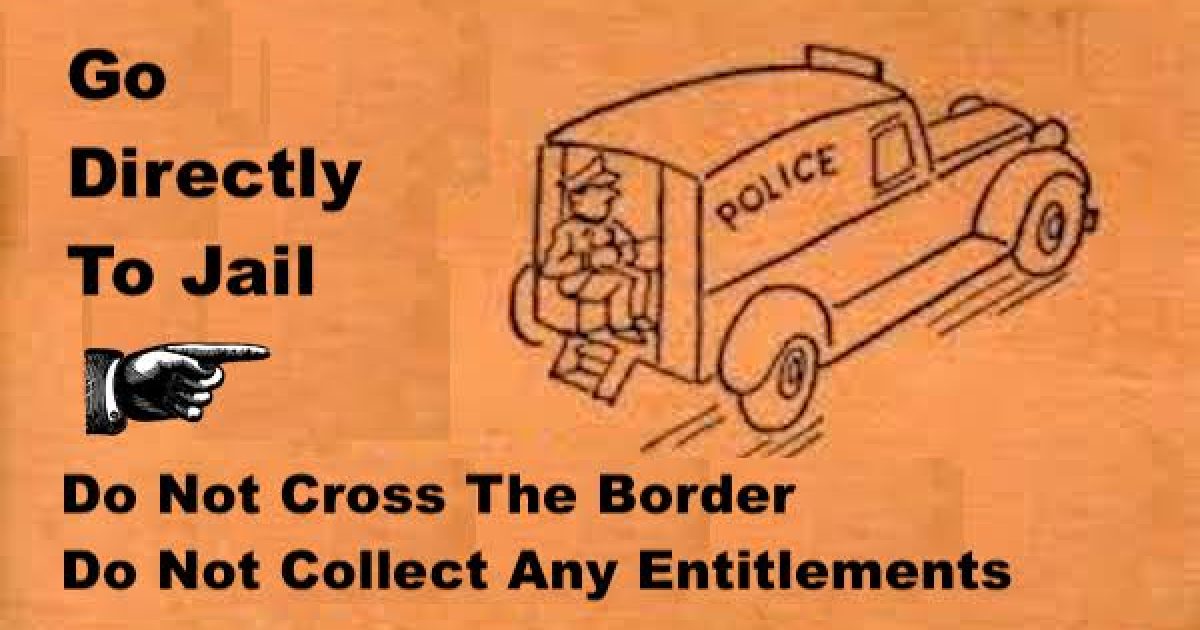 In the latest move by the Trump administration to combat illegal immigration.Attorney General Jeff Sessions announced Friday that he is implementing a “zero-tolerance” policy for prosecuting those attempting to enter the U.S. illegally and directed U.S. Attorneys to make enforcing border laws a priority and prosecute illegal immigrants without exception.

Attorney General Jeff Sessions today notified all U.S. Attorney’s Offices along the Southwest Border of a new “zero-tolerance policy” for offenses under 8 U.S.C. § 1325(a), which prohibits both attempted illegal entry and illegal entry into the United States by an alien. The implementation of the Attorney General’s zero-tolerance policy comes as the Department of Homeland Security reported a 203 percent increase in illegal border crossings from March 2017 to March 2018, and a 37 percent increase from February 2018 to March 2018—the largest month-to-month increase since 2011.

“The situation at our Southwest Border is unacceptable. Congress has failed to pass effective legislation that serves the national interest—that closes dangerous loopholes and fully funds a wall along our southern border. As a result, a crisis has erupted at our Southwest Border that necessitates an escalated effort to prosecute those who choose to illegally cross our border,” said Attorney General Jeff Sessions. “

To those who wish to challenge the Trump Administration’s commitment to public safety, national security, and the rule of law, I warn you: illegally entering this country will not be rewarded, but will instead be met with the full prosecutorial powers of the Department of Justice. To the Department’s prosecutors, I urge you: promoting and enforcing the rule of law is vital to protecting a nation, its borders, and its citizens. You play a critical part in fulfilling these goals, and I thank you for your continued efforts in seeing to it that our laws—and as a result, our nation—are respected.”

With the above statement, Sessions announced a renewed commitment to criminal immigration enforcement. As part of that announcement, the Attorney General issued a memorandum to all federal prosecutors and directed them to prioritize the prosecution of certain criminal immigration offenses (memo embedded below).

The national attention has been moved toward the border recently as the President warned about a caravan of 1,500 illegal Honduran migrants marching toward the U.S. (reported here last week). The caravan seems to have been disbanded because of President Trump’s attention.

Illegal immigration was a key issue of Donald Trump’s during the campaign and keeping his promise has been a priority of his administration.  A big part of his policies is to build a wall system on our southern border, much of which has been blocked by the Democratic Party so far.

To respond to the lack of wall funding President Trump is sending 3-4K National Guard troops south to help the border patrol agents protect the border with Mexico.

Hopefully, the new zero-tolerance policy will make potential illegal immigrants think twice before sneaking into the country, but it does raise a question for AG Sessions, “Hey Jeff why did it take so darned long.”

Note the featured image and other great political cartoons can be seen at MichaelPRamirez.com