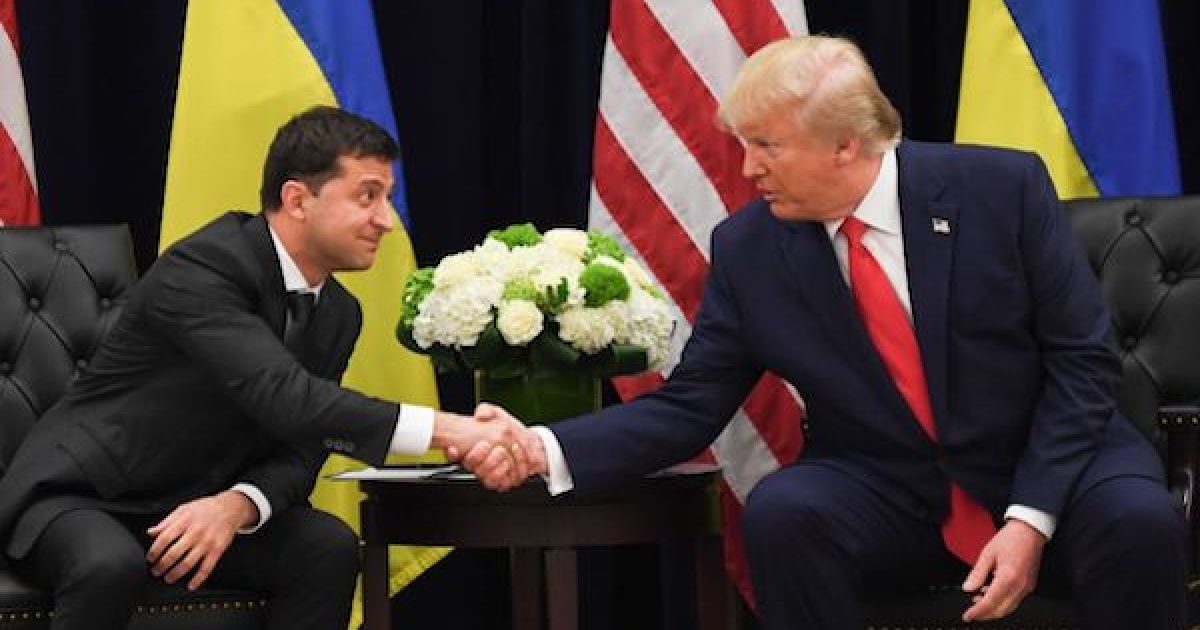 Hey, Adam Schiff-head, are you listening?  How about you, Jerry Nadler? Zelensky no quid pro quo

Ukrainian President Volodymyr Zelensky has once again denied that President Trump engaged in a “quid pro quo” with his country when he asked about interference in the 2016 election and the Biden scandal.  He told Time Magazine that there was no quid pro quo, but he was not pleased about the aid being temporarily held up during the incident.

During the interview in his office in Kyiv, the comedian-turned-president denied, as he has done in the past, that he and Trump ever discussed a decision to withhold American aid to Ukraine for nearly two months in the context of a quid pro quo involving political favors, which are now at the center of the impeachment inquiry in Congress.

(..) Look, I never talked to the President from the position of a quid pro quo. That’s not my thing. … I don’t want us to look like beggars. But you have to understand. We’re at war. If you’re our strategic partner, then you can’t go blocking anything for us. I think that’s just about fairness. It’s not about a quid pro quo. It just goes without saying.

He was also not pleased that President Trump keeps saying Ukraine is a corrupt country. He admitted that Ukraine has corruption to be cleaned up, but he is working on it.

The United States of America is a signal, for the world, for everyone. When America says, for instance, that Ukraine is a corrupt country, that is the hardest of signals. It might seem like an easy thing to say, that combination of words: Ukraine is a corrupt country. Just to say it and that’s it. But it doesn’t end there. Everyone hears that signal. Investments, banks, stakeholders, companies, American, European, companies that have international capital in Ukraine, it’s a signal to them that says, ‘Be careful, don’t invest.’ Or, ‘Get out of there.’ This is a hard signal. For me, it’s very important for the United States, with all they can do for us, for them really to understand that we are a different country, that we are different people. It’s not that those things don’t exist. They do. All branches of government were corrupted over many years, and we are working to clean that up. But that signal from them is very important.

I am sure that the Democrats will rip President Trump about Zelinsky’s upset about calling Ukraine corrupt.  But if they are going to believe the Ukrainian about the effects of being called corrupt, they also must believe him when he says there was no quid pro quo.