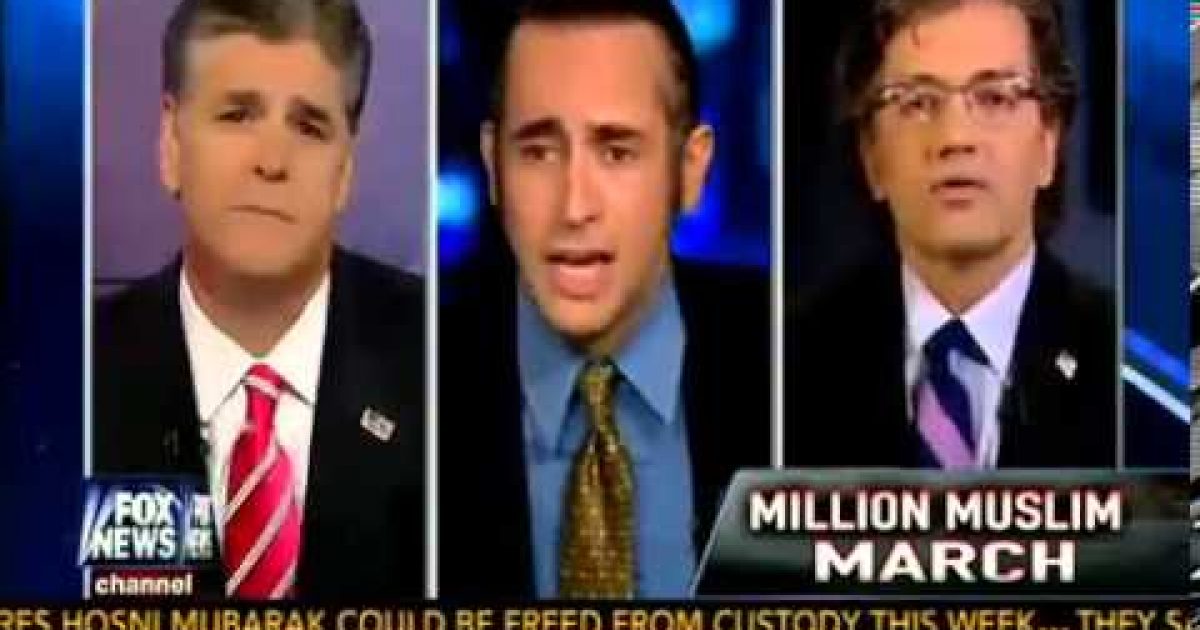 Sometimes the Hannity Show on Fox News contains a real verbal slug-fest between guests that has you rooting for one over the other as if it was a sporting event rather than a political discussion.  Last night was one of those nights.

Chris Phillips, one of the organizers of the Million Muslim March  faced off with Dr. Zuhdi Jasser of American Islamic Forum for Democracy on the Hannity Show tonight.

Phillips said the march is not only about supporting “victimized” Muslims in the United States, but also the innocent Muslims who have died all over the world since 9/11. Asked for an example of how America “villainizes” Muslims, Phillips asked Hannity, “aren’t you villain-izing them with this broadcast?

Dr. Jasser responded with “I haven’t met a Muslim that isn’t offended by the exploitation of 9/11,”  He suggested renaming the upcoming event, “How to radicalize Muslims in one march.”

Finally Hannity brought up the picture of him dressed as a clown that Phillips posted online. “How would you feel if someone did that to the Prophet Mohammad?”

“I don’t worship Islam and I would be offended if friends of mine were offended,” Phillips said, “I’m not a Muslim.”   That statement seemed to shock both Hannity and Dr. Jasser:

“So you’re a stooge,” Jasser responded. “You’re a stooge and front man for an organization that is destroying the mission to fight radical Islam around the globe.”

The MUST Watch Video is below: