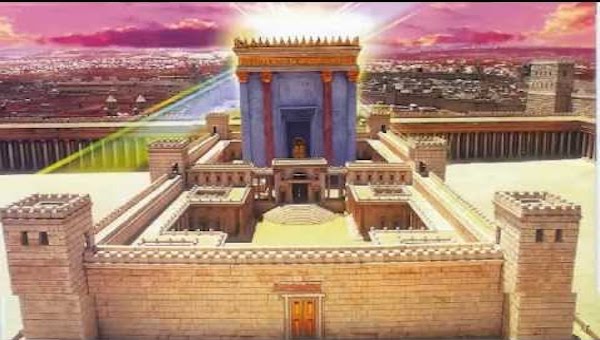 A better understanding of the central, unifying themes of each of the Jewish holidays and their unique, separate liturgies can be like throwing open the doors and windows of dark and stuffy room holidays –this is especially true when it comes to Yom Kippur, the holiday that has the most remarkably different prayer service of them all. With this understanding, one comes to realize what a jumble of half-digested ideas we normally face when we recite the Amidah / Shemoneh Esrei, the standing, silent devotional that is at the center of every Jewish prayer service, and also the other prayers. We “sort of” understand davening / tefilot, though we secretly think there’s a little more to it than that. Some of us even think there’s some “sort of” connection between the random ideas in the prayers, the calendar, and Jewish history, but, we fail to hear such thoughts from the vast majority of pulpit rabbis and can’t recall learning these things from the teachers we had in our youth.

Keeping the Beit HaMikdash (the ancient Holy Temple constructed in Jerusalem by King Solomon, son of King David) at the center of our consciousness during prayer brings a flood of light and a breath of fresh air to Yom Kippur and shows us that there is a dazzling clarity to the structure of the liturgy that the ancient rabbis developed—it is breathtaking when we suddenly see it. And if we do not see it, then, quite literally missing out on the essence of Yom Kippur: we don’t know the first thing about what Jewish prayer is, who we are as a Jewish People, where we come from, and where our destiny lies.

The Beit HaMikdash is unique: G-d has indicated just one place on earth for the construction of His Holy Temple. Put another way, G-d has chosen just one nation [one people], to have a special, unique responsibility to worship Him with ritual sacrifice on His Holy Mountain in the Holy City of Jerusalem in His Holy Land.

It was not for some haphazard reason that the ancient rabbis who composed the text of the weekday Amidah selected to include the insertions for Rosh Chodesh, Chol HaMoed Pesach, and Chol HaMoed Sukkot in the bracha (blessing) that begins “Look with favor, L-rd our G‑d, on Your people Israel and pay heed to their prayer; restore the service to Your Sanctuary and accept with love and favor Israel’s fire-offerings and prayer; and may the service of Your people Israel always find favor.” and afterward concludes “May our eyes behold Your return to Zion in mercy. Blessed are You, L-rd, who restores His Divine Presence to Zion.”

The Jewish holidays—every one of them—is inextricably bound to the Beit HaMikdash.

All of the distinguishing components of the liturgy of the holiday of Yom Kippur from Kol Nidrei, and including Yizkor, the once a year recitation of unique shemoneh esreis (and their Piyuts, [poems]) the reading of the Book of Jonah, the Neilah service, up to and especially including the sounding of the shofar at Neilah’s conclusion form a tapestry that can, and should, be seen as one long love song to HaShem thanking Him for granting the Jewish People the privilege of ownership of the Land of Israel, the City of Jerusalem, and especially the Temple Mount (adjacent the Western Wall), and the sacrificial offerings that were made there and the ancient Prophets proclaim will be made again.

Make no mistake about it, these things and places are the exclusive heritage and property of the Jewish People. Yom Kippur should remind us of this.

Yom Kippur is too often seen in a limited way as just the Day of Atonement for an individual as an individual (which it undeniably is at its unique core) but in addition to that this holiday, as with all others in the Torah, simultaneously contain within them both historical commemorations as well as a component of national obligations / national aspirations. One facet is in no way exclusive in such a way as to negate the others. All elements work together in harmony to create a whole.

What we in America refer to as the High Holiday season is thought by many to begin with the daily Selichot services and that itself is preceded by the twice-daily recitation (in the Ashkenaz tradition) of Psalm 27 many weeks before that at the arrival of Rosh Chodesh Elul and both Selichot and Psalm 27 have specific references to Jerusalem’s Holy Temple. Psalm 27 uses the words “Sanctuary,” “Shelter,” and “Tent” while speaking about “offerings” and makes no outright references to penitence or atonement.

In the Selichot we implore G-d to remember “the Land (of Israel)” and to “bring us to (His) Holy Mountain (the Temple Mount)” so that we may make offerings on the Altar, and we also make reference to the visit there by Abraham and Isaac when Abraham demonstrated he was prepared to offer Isaac as a sacrifice to G-d.

But on Yom Kippur, these topics are not just in the background of the liturgy they make up its forefront from the very beginning.

We begin Yom Kippur with Kol Nidrei, and due to its inspiring melody and dignity with which the physical setting is conducted, complete with Torahs and talesim at night (the one time a year), we instinctively know something that transcends the ordinary is going on. But, again, within the liturgy, the Temple appears in an unexpected way and reference is made to complex vows that are taken upon the occasion of pledging a physical object to be used at the Holy Temple.

After the Maariv shemoneh esrei there is a unique Selichot service – this being the only instance of the entire year when there is a lengthy additional section of prayers after shemoneh esrei. Here we request of G-d that He “bring us to Your Holy Mountain.”

The next day at Yizkor, an emotional highlight of the day for many, we speak of G-d “dwelling in Zion” – that is on the Temple Mount, in the Beit HaMikdash.

The Mussaf shemoneh esrei is the longest prayer service of the year. And the larger part of that is the Chazzan’s repetition. Within this section, more time is devoted to a highly detailed and vivid description of the High Priest’s sacrificial service in the Holy Temple’s Holy of Holies. The only time of the year any human stepped foot inside. Included in this section is the lament that “Since our Temple was destroyed” we have no choice to recite words in place of High Priest’s offering sacrifices and we explain how we are like “orphans” without the Temple and we beg G-d to “bring the Temple back among us.” Also during Mussaf, we speak of the Ten Martyrs from the time of the Destruction of Jerusalem and its Holy Temple.

During the afternoon Minchah service, the entire Book of Jonah is recited. The only time of the year it is. And in the universally recognized episode of the whale (or more correctly, the large fish) Jonah cries to G-d about his “prayer came to You, to Your Holy Temple.”

And at Neilah, the only day of the entire year we add a fifth shemoneh esrei to the day. And at the conclusion of this one-time-a-year event, we mark the end of the Yom Kippur – Next Year in Jerusalem! In reality, this means “Next Year on the Temple Mount in the Holy of Holies in the Holy Temple,” where the Yom Kippur offerings will be made in Messianic times.

This focus throughout Yom Kippur on Jerusalem, on Holy Temple, and on the Holy of Holies is the essence of Yom Kippur and it is what our ancestors dreamed, and prayed for, during the nearly two thousand years nightmare that was our Exile, and tragically remains so. This Dream of Zion is the engine that created the available momentum that was harnessed by the modern Zionism of Herzl’s time and used to create the modern State of Israel and make no mistake about it.

Moshe Phillips is a commentator on Jewish affairs whose writings appear regularly in the American and Israeli press. He was a U.S. delegate to the 38th World Zionist Congress in 2020. His views are his own.