On Yom Yerushalayim: Irrefutable Proof That The Temple Mount And Jerusalem Are Jewish 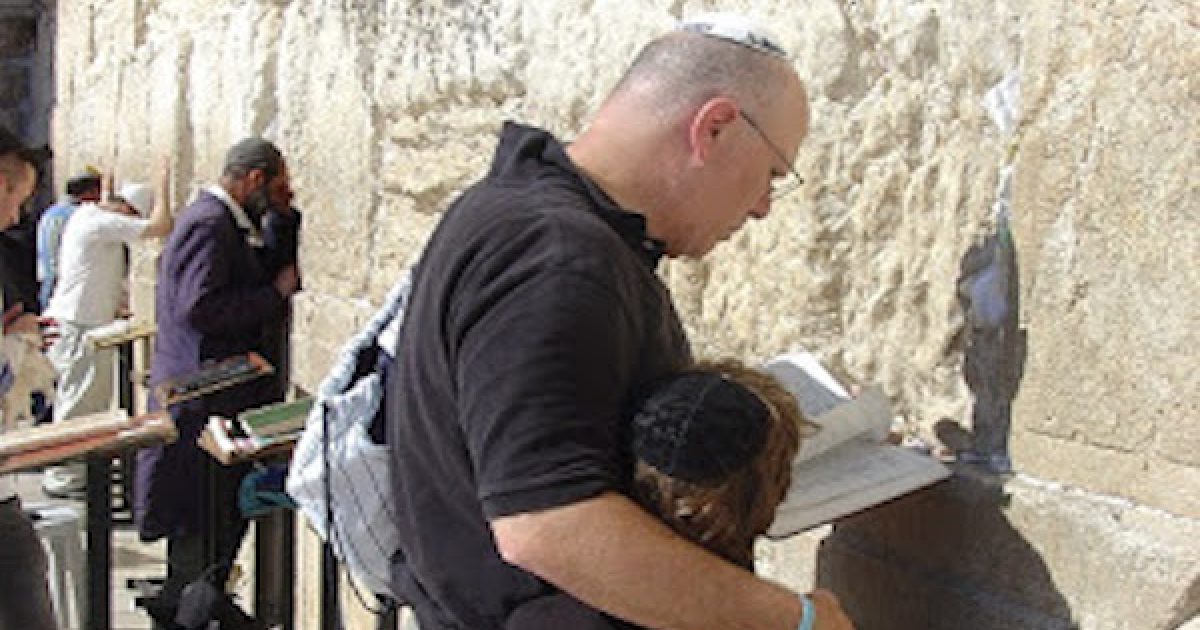 The evening of May 21 through sundown on Friday May 22 is the holiday of Yom Yerushalayim (Jerusalem Day) which celebrates the anniversary of the day, during the Six-Day-War in 1967 when the IDF re-unified Jerusalem. That day for the first time since 1948, the holy city of Jerusalem was united and Jews were once again permitted to go to Mount Moriah, the Temple Mount. The Temple Mount is the holiest site in the Jewish faith because for over a thousand years a Jewish Temple to God stood there. Solomon’s Temple stood from approximately 966-586 BCE, rebuilt about 70 years later. The Second Temple stood from approximately 516 BCE until it was destroyed by the Romans in 70 CE. Ninety years before the Second Temple was destroyed, King Herod upgraded the Temple and expanded the Temple Mount grounds. Jerusalem is Jewish

The Anti-Israel Muslims and the many countries in the United Nations make the claim that there were never Jewish Temples atop Mount Moriah. But I can prove them wrong.

In this post I am not going to argue historical facts to prove the Temple Mount is Jewish, but there is tons of evidence.  Nor will I point to the fact that Christians should believe the Temple Mount is Jewish because in the book of Luke (the apostle not the Star Wars guy) it says that Jesus overturned the tables of the money changers on Mount Moriah. I am not here to argue history or tradition, nor am I going to make jokes about the fact that when Muslims in Israel face Mecca to pray, they are mooning the Temple Mount (but it is true).

The reason I don’t have to argue about what was atop Mount Moriah is that I’ve been there. And as corny as it may sound to anyone who has never been there, I felt the presence of God at the Temple Mount. I didn’t get to go to the top of the mount (thanks to Moshe Dayan-another story), but I did get to pray at the Kotel, also known as the Western or Wailing Wall.  The Kotel is part of the retaining wall built by Herod to protect against the collapse of the mount when he extended the Temple grounds (a long story).

All my life I’ve had this overwhelming desire to go to Jerusalem and especially the Temple Mount. I never understand why I had that urge until I stood in its presence a few years ago. It was my first trip to Israel. Before we went to Jerusalem, our guide took us north to Haifa, to Tzvat (yes day two b’ Tzvat), to the borders with Lebanon and Syria where I had the opportunity to take pictures of the border and emailed thin back to my folks and scared my poor mom.

When we finally approached Jerusalem, it was from the north.  I remember that as soon as we drove through the hills and I got a peek at Jerusalem (from very far away) and for the first time in my life, I felt comfortable in my surroundings. Jerusalem felt like home to me, despite the fact that I had never been there. Strangely I knew where to go and how to get around this holy city without looking at a map. There were times that I would tell my family that I had a shortcut to get to where we needed to go, and my wife who had been there before would tell me I was crazy (which was entirely true but totally irrelevant). My directions/ shortcuts were always correct–perhaps because I had read so much about the city, perhaps it was something else. Also wherever we were in Jerusalem, I knew where we were and its relation to the Temple Mount. And the closer we got to Mount Moriah, the lure of the Temple site was stronger than ever before.

Now at this point, anyone reading this who has never been to Israel is probably calling for the guys in white coats to bring me one of those nice jackets–you know the ones with the very longs sleeves that tie in the back so they could drag me away peacefully.  But before you make that call, ask anyone who has been there (anyone who believes in God) and see if they felt any different from me.

On our second day in Jerusalem, we were finally going to the Kotel (which is Hebrew for wall). With rare exceptions, the retaining wall is the closest any Jewish or Christian tourist can get to the Temple Mount (and for those who do get to the top of the Mount no praying is allowed for non-Muslims) That law was created by the Israeli Government to keep the Muslims happy and avoid a religious war.

The whole family got up early, I packed up my Tallit (prayer shawl), Siddur (prayer-book) and T’fillin (small black leather boxes containing scrolls of parchment inscribed with verses from the Torah attached to straps and worn by Jews during daytime prayers).

We took off with our guide into the Old City. Yossi, our wonderful guide built up the anticipation by taking us all over the Old City. He knew how important going to the Kotel was to me, yet rather than go directly to it he teased me with, “Its right over that wall, we will see this movie first or let’s go to the burnt house, etc.” I was getting very frustrated, but he was masterfully building up my expectations. Finally, we walked down the wooden stairway and walked through the gate of the Kotel Plaza, I was overwhelmed by emotions that I had never felt before.

All my life I felt this longing to go to the Kotel, and I finally knew why. You see, everywhere else you go in Israel, you can feel the presence of all that has gone on before you, King David, Abraham, the 12 tribes, the two kingdoms, and on and on. That was about culture and history. But when you visit Jerusalem, especially as you get close to Mount Moriah it is all about God.  It is about being able to feel the lingering remnant of the Shekhinah (God’s presence) that left just before the First Temple, built by King Solomon was destroyed over 2,500 years ago.

At the Kotel, I learned that the dispute over the Temple Mount was all political.  It is all about delegitimizing the Jewish presence in Jerusalem. No one had to say it–I was there. And with my son, then ten-years-old holding my bag, I celebrated my lifelong dream, I wrapped one of the T’fillin around my arm, placed the other on my head –wrapped my Tallit around my son and me.  I began to pray to our maker–starting with the Shehecheyanu prayer, words that thank  God for any new occasion. The English translation of the one-line prayer is Blessed are You, Lord our God, King of the Universe, who has granted us life, sustained us, and enabled us to reach this occasion.

I continued with the afternoon prayers that I had recited hundreds of times before…but this time it was different. It felt so much more than just praying at the Kotel, Those words of Hebrew seemed to have meaning like never before. I was connecting––connecting with the God of Avraham, Yitzchak, and Yakov. That’s when I realized that “urge” I had felt all my life–wasn’t an urge…it was an invitation from my maker, “Come visit so we can talk where it’s a local call.” And while I know that God is everywhere, for a reason only a Rabbi can explain, his presence much stronger in Jerusalem and even stronger near the Temple Mount.

There–that’s it, that’s my proof, that’s how I know that the Temple Mount is Jewish. Nothing scientific, nothing that will work in a court of law or in an international dispute, it’s all about faith. I felt this incredibly strong connection to the Lord at the Kotel. There’s not another place in the entire world that could come close. Where did that connection originate? Maybe there is something in the DNA of a Jew that acts as a homing device. Just as a compass always points to the north, the heart of a Jew always points to the Temple Mount in Jerusalem. As it is said, Israel is the heart of the Jewish people, Jerusalem is the heart of Israel, and Mount Moriah is the heart of Jerusalem.

As the psalmist wrote

By the rivers of Babylon,
There we sat down, yea, we wept,
When we remembered Zion.
Upon the willows in the midst thereof We hanged up our harps.
For there they that led us captive asked of us words of song,
And our tormentors asked of us mirth:
‘Sing us one of the songs of Zion.’
How shall we sing the LORD’S song
In a foreign land?
If I forget thee, O Jerusalem,
Let my right hand forget her cunning.
Let my tongue cleave to the roof of my mouth,
If I remember thee not;
If I set not Jerusalem
Above my chiefest joy.