Russian Invasion A Result Of 25+ Years Of Western Appeasement 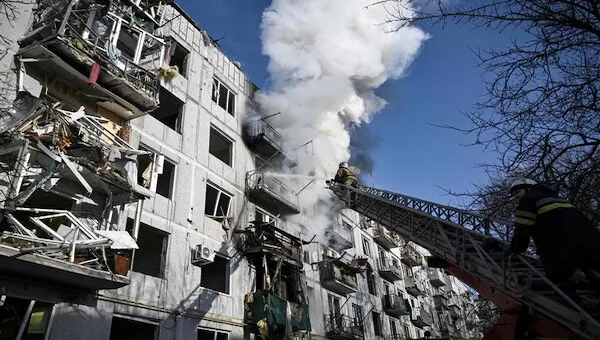 It finally happened. Russia invaded Ukraine. This is what Putin has wanted for years. years of appeasement.

While many will blame Biden for the invasion, he was only the latest part of the problem. Biden’s actions certainly accelerated the Russian invasion, the U.S. and the West have appeased the Russian despot for over a quarter of a century under different Presidents of both major parties.

It started in 1994 when Bubba Clinton was POTUS, Russia attacked Chechnya. Chechnya actually tossed the Russians out the first time it was invaded. But in 1999, Russia attacked again. This time the Russian armed forces took control of most of the country. In 2003 when Bush #43 was concentrating on Iraq and Afghanistan, Chechnya held a constitutional referendum was held to reintegrate Chechnya into Russia. Supposedly the resolution passed with 80% of the vote, confirming the quote attributed to former USSR leader Joseph Stalin. “It’s not who votes that counts. It’s who counts the votes?”.Through the attacks on Chechnya, neither the U.S. nor the West did anything.

In a 2008 war, Russia attacked Georgia and declared that two areas of the country, Abkhazia and South Ossetia, as sovereign independent states, about 20% of Georgian territory. Fourteen years later, Russian troops are still in those states. According to Putin, the Russian forces occupying that part of Georgia are there as peacemakers. The same playbook is being used in the takeover of Ukraine.

When Obama was President in February 2014, Crimea was part of Ukraine. That month Ukraine booted its pro-Russia president, Viktor Yanukovych. Russia followed up by claiming Crimea was populated by Russians, and those Russians were being abused by the new Ukrainian government. Russian troops were deployed to Crimea and occupied government buildings. Crimea declared its independence and held a referendum asking Crimeans if they wanted to reunify with Russia. Like Chechnya, the votes were counted by Russian loyalists. Therefore, 90% of the vote was yes—Stalin again.

This time the international community reacted—well, sort of.   The United Nations General Assembly approved a resolution declaring the vote illegal and invalid, which was meaningless. It was reminiscent of Hans Blix’s character from the movie Team America World Police. Blix meets with North Korean leader Kim Jong-il to complain that the U.N. couldn’t inspect certain areas. His threat to Jong-il has as much weight as the U.N. General Assembly and Crimea. North Korea must do what the U.N. wants, “Or else, we will be very, very angry with you, and we will write you a letter telling you how angry we are.”

During the presidency of Donald Trump, his administration seemed to be making strides toward controlling despots. He convinced China to create an economic treaty, calmed down, made friends with Kim Jung-Un, the North Korean leader, and got out of the one-sided JCPOA. The JCPOA move was followed by sanctions to cripple the Iranian economy.

One country Trump didn’t deal with–Russia. Because his political opponents were trying to drive Trump out of office via the fake Russiagate story, Trump had to keep his distance from Putin. Putin, however, knew he couldn’t mess with Trump, who imposed additional punishment on Russia for trying to interfere with the 2016 election.

Between the inauguration of Joe Biden and the Russian invasion of Ukraine, Russia didn’t try to expand its borders giving the West had little to appease. Russia saw a weak America and an opportunity to move westward. Putin saw the incompetent exit from Afghanistan and the appeasement of Iran as Biden’s weakness. Contributing to that perception is the spike in crime thanks to defunding police and bail reform. Not only do they see it as a show of Biden’s weakness but as a weakening or the American people’s resolve.

Russia’s strength grew when the U.S. drew down its energy production, making much of the world depend on Russia for its energy supply.

Russia has been expanding its power and territory since. America and the Western World have done little more than appease the Russian tyrant Vladimir Putin during that time. When Putin started inching in on Ukraine seven months ago, America and her allies did nothing to stop Putin, not militarily but economically.

Putin has been trying to expand Russian territory to encompass all of the lands formerly part of the USSR. After years of international appeasement and a feckless U.S. President, the Russian leader knew that taking over Ukraine, the largest previously USSR state needed to be now or never. Therefore, no one should be surprised he took the opportunity we gave him.