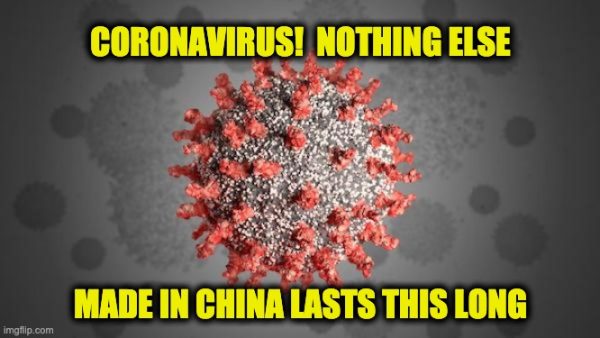 A new analysis from the U.S. government concerning the origin point of the coronavirus that has swept the globe and left a trail of dead bodies thousands deep has discovered that the most likely source of the illness is a laboratory located in Wuhan, China.

As you can imagine, all of those on the left who were screaming at President Trump for pointing the finger at China for this pandemic, calling him a racist, are probably going to have a severe meltdown after seeing this report. All of the information that we have thus far definitely points to China being responsible for this mess.

The analysis was released as a document that was compiled from open sources and is not yet a completed product. It makes clear, however, that as of right now, no smoking gun solidly puts the coronavirus on the shoulders of the Wuhan Institute of Virology or the Wuhan branch of the Chinese Center for Disease Control and Prevention, both of which are located in the city where the initial outbreaks were reported.

But the paper did indicate there is “circumstantial evidence to suggest such may be the case.”

It seems the evidence continues to pile up in favor of this particular theory concerning COVID-19’s origins.

Here’s more from The Washington Times:

“All other possible places of the virus’ origin have been proven to be highly unlikely,” the document concludes. A copy of the report, compiled this month, was obtained by The Washington Times.

Chinese authorities have said the origin of the virus is unknown but initially stated that it came from animals at a “wet market” in Wuhan where exotic meat is butchered and sold. They said the virus may have jumped from bats to animals sold at the market last year and then infected humans.

U.S. officials have grown increasingly skeptical of that version of events. President Trump confirmed this month that “a lot of people” are investigating the origin. Army Gen. Mark A. Milley, chairman of the Joint Chiefs of Staff, said U.S. intelligence agencies are investigating whether the virus escaped from a lab or was the result of a naturally occurring outbreak.

The general, speaking on April 14, said, “At this point, it’s inconclusive, although the weight of evidence seems to indicate natural, but we don’t know for certain.”

One of the main reasons the government analysis disagrees with the animal host explanation as the starting point of the outbreak is that the first human diagnosis of the coronavirus was for an individual that didn’t have any connection whatsoever to the wet market. And, according to China, there were no bats sold at the market.

A paper trail exists, however, coupled with some rather dubious actions, suggest that this illness escaped from a lab. The problem in determining if that’s indeed the case is China’s lack of cooperation in investigating said theories.

The document said, “The most logical place to investigate the virus origin has been completely sealed off from outside inquiry by the CCP.”

“A gag order to both places was issued on January 1, 2020, and a major general from the PLA, who is China’s top military microbiologist, essentially took over the [Wuhan Institute of Virology] since mid-January.”

That sort of action does not exactly scream “innocent,” now does it?

If China really did cause this problem and are actively seeking to cover it up, we need to know. The parties responsible for this outbreak need to be held accountable for their actions and made to pay for their mistakes by helping to heal the rest of the world, especially economically.