WOW! Even Mika Brzezinski Crapped All Over Hillary’s First Week 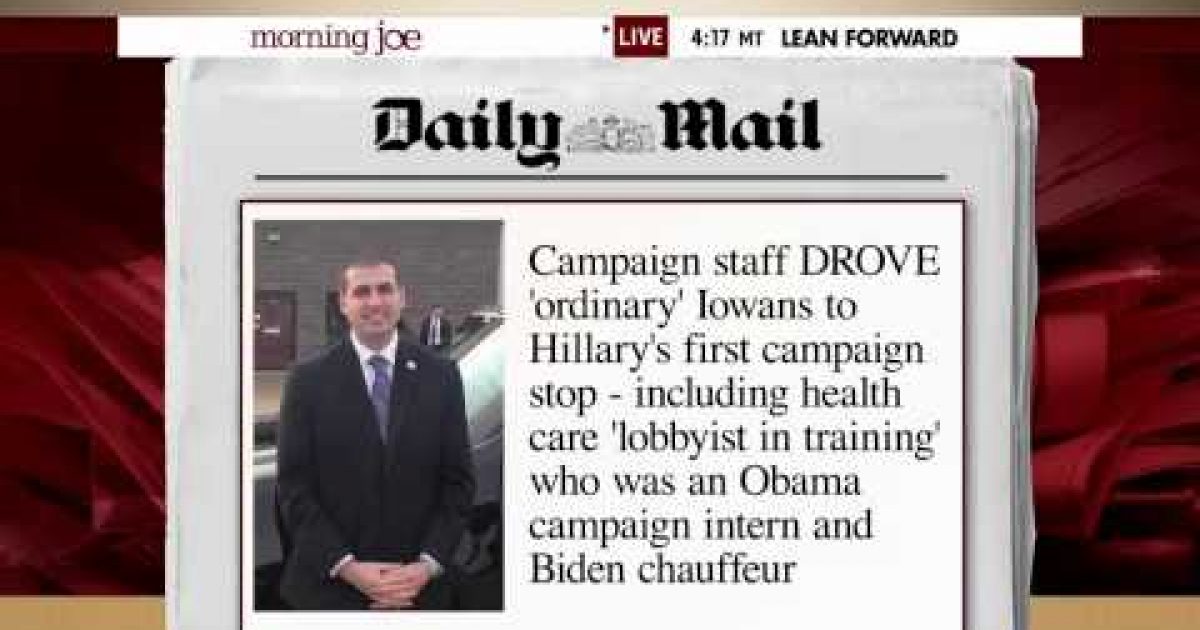 It was Monday morning when Morning Joe  co-host Mika Brzezinski ambushed Republican Carly Fiorina for having the audacity to criticize Hillary Clinton but things change quickly during a campaign.  On Friday she went after the candidate whose best qualification is her female anatomy when she led a discussion where she censured the presumptive Democratic Party nominee herself, calling her campaign inauthentic and filled with flat messaging.

The discussion began with Mika reading from the Daily Mail about how Clinton’s campaign staff had to bring Democratic operatives so there would be people at her campaign stops. And while panelist Howard Dean kept suggesting the report may have been faked by the newspaper which is part of the “right wing press,” but Brzezinski kept firing away.

Brzezinski: But as she leaves Iowa, she brings with her new questions about her campaign’s authenticity. The “Daily Mail” reports that her campaign staff recruited some of those everyday Americans that she met with in Iowa.

(…) The site reports one was a former Obama campaign intern who was vetted for half an hour and then driven by a Clinton staffer to sit in Iowa coffee shop the candidate visited all day.

Scarborough: She doesn’t have it in her

Brzezinski: She does have it in her.

Former Vermont Governor Howard Dean jumped in to disparage the Daily Mail (the source of the report) as a right-wing paper which probably made up the story, to which Scarborough responded that Dean was simply deflecting. Amy Holmes from The Blaze agreed with Brzezinski.

Holmes: Hillary’s problem is authenticity. So in order to demonstrate her authenticity she stages the entire event? That is the problem; she wears sunglasses in a Chipotle.

Brzezinski: (reading from the Daily Mail piece) “Campaign staff drove ordinary Iowans to Hillary’s first campaign stop. Including health care ‘lobbyist’ in training who was an Obama campaign intern and a Biden chauffer.” That guy. So maybe they’re lying.

Dean: I don’t know if they’re lying or not, but they’re not incapable of making things up.

Holmes: Who, the Clintons or the Daily Mail ?

Dean: No, the right wing press.

Brzezinski: What Joe just said and what I often say to Joe is you’re deflecting. Here’s the deal. The past couple of days, and I really wish you wouldn’t make me say this, because I’d love to see her break out and do well, it would be so exciting to me. But what I’ve seen of the past few days are very set-up conversations with very flat-voiced messaging. Made up because they can’t have her in a crowd with people coming at her and really asking her questions. They are wrong. She’s accomplished, she’s articulate and she can handle herself. Let her go. Look at what Chris Christie did in New Hampshire. He has everything dogging him. He has his entire credibility on the line and quite frankly probably won’t make it because of Bridgegate. He goes to New Hampshire, stands in front of 300 people and let them tear him apart and he does just fine. You think Hillary Clinton, who is elected to the Senate twice, who served as First Lady, and served as Secretary of State cannot handle a crowd in New Hampshire? You have to prepare people for her?

Brzezinski: It’s not authentic what we saw this year.