WOW! Dana Perino And Eric Bolling Have a Screaming Match About Donald Trump On ‘The Five’ 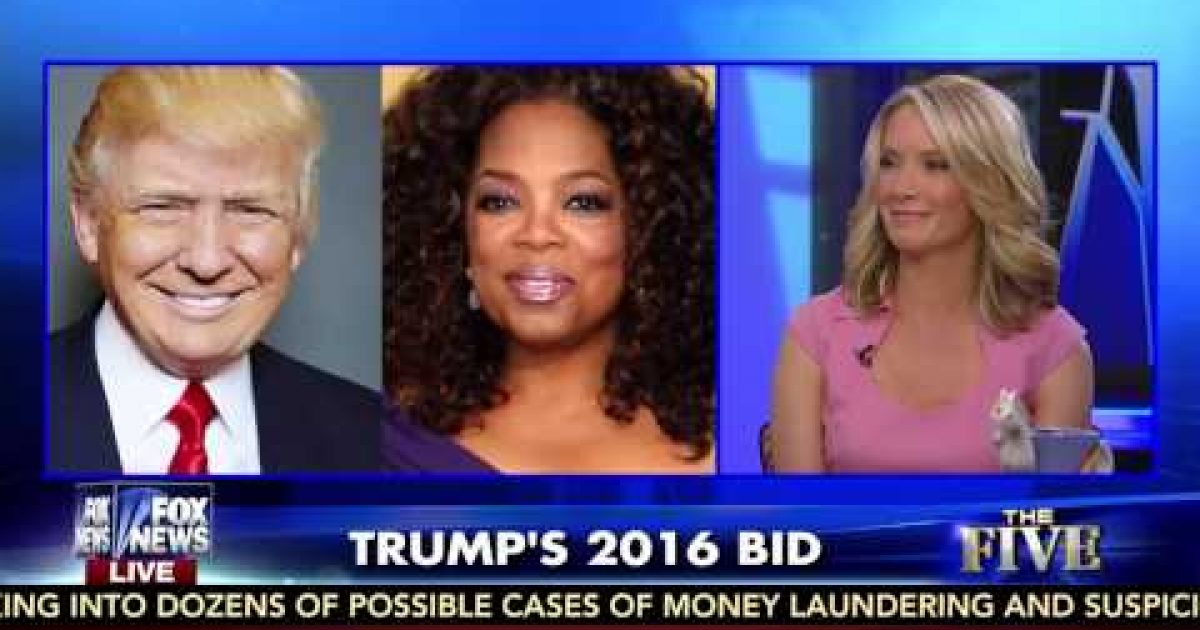 On Wednesday’s The Five on FNC, the usually laid back, never say anything bad about anyone Dana Perino had a knock down drag out fight with Eric Bolling over the entrance of Donald Trump into the race.  Bolling (as well as Greg Gutfeld) thinks Trump’s entry into the race is good for the party. Perino’s position (which I agree with) is that Trump’s entry is bad for the party. First of all if he makes it to the debate he will be taking the spot of a real candidate. Even worse, other candidates will have to respond to Trump’s impossible promises like “I will bring all the jobs back from China,” or his personal attacks. Can you see it? The moderator turns to Rick Perry and says, “Governor Mr. Trump says you aren’t smart enough to check to see if the air conditioning was working during your announcement, what do you think about that?”

Somewhere in the middle of the argument base on the tweet below between Bolling and Trump, Dana Perino accused Bolling of cozying up to Trump because he wanted to be on Celebrity Apprentice.

Actually year ago Trump wanted Bolling on the but Fox News management said now because Bolling is a news anchor.  Eric Bolling took Dana Perino’s charge personally (and I don’t blame him).

Even though Perino’s position was correct IMHO, I was surprised she would hit below the belt by getting personal with the ad hominem attack. But it doesn’t matter because in the end it was great to watch.  So enjoy the fight on the video below.

The Fraud Of Experimental COVID Shots: Slowly But Surely, The Truth Is Coming Out
April 16th, 2021 Sons of Liberty Media