Americans Had Worst Pay Cut in 25 Years Thanks to Bidenflation 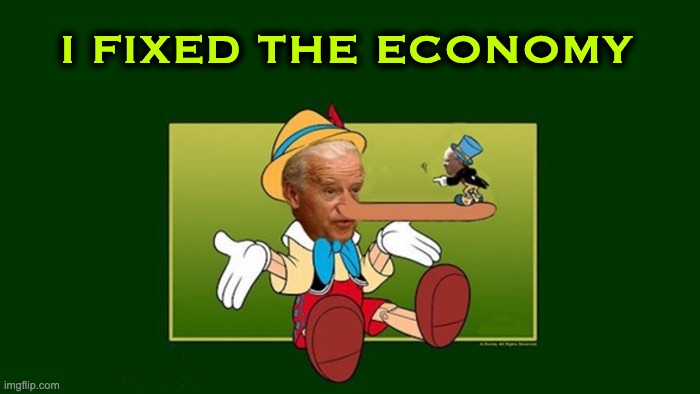 According to an analysis, Americans have lost more of their yearly income thanks to Bidenflation than they have in 25 years.

The numbers come from the Federal Reserve Bank of Dallas, which released the wage and price data.

“We find that a majority of employed workers’ real (inflation-adjusted) wages have failed to keep up with inflation in the past year,” the bank said. “For these workers, the median decline in real wages is a little more than 8.5 percent. Taken together, these outcomes appear to be the most severe faced by employed workers over the past 25 years.”

The Fed bank reported that more than half of Americans saw a decrease in wages in the last 12 months.

“How severe are the losses for workers experiencing negative real wage growth?” the group said. “For the 53.4 percent of such workers in second quarter 2022, the median decline (that is, half of the declines were larger and half smaller) in real wage growth was 8.6 percent. How does the severity of the real wage decline in second quarter 2022 compare with the declines over the last 25 years? The average median decline over the last 25 years is 6.5 percent, with real wage declines typically falling in the range of 5.7 to 6.8 percent…”

Groceries have really leapt in price.

“The food at home index rose 13.5 percent over the last 12 months, the largest 12-month increase since the period ending March 1979,” BLS said. “The index for other food at home rose 16.7 percent, and the index for cereals and bakery products increased 16.4 percent over the year. The remaining major grocery store food groups posted increases ranging from 9.4 percent (fruits and vegetables) to 16.2 percent (dairy and related products).”

Despite the White House propaganda, gasoline prices have been inching again. And that inching will turn into a rocket when the 2 million barrel/day OPEC cut starts to affect the marketplace. According to reports, Biden does not intend to raise the U.S. oil production he sabotaged since he took office.

Biden is truly destroying this country.