Be Worried About What Leftists Have in Store For Us 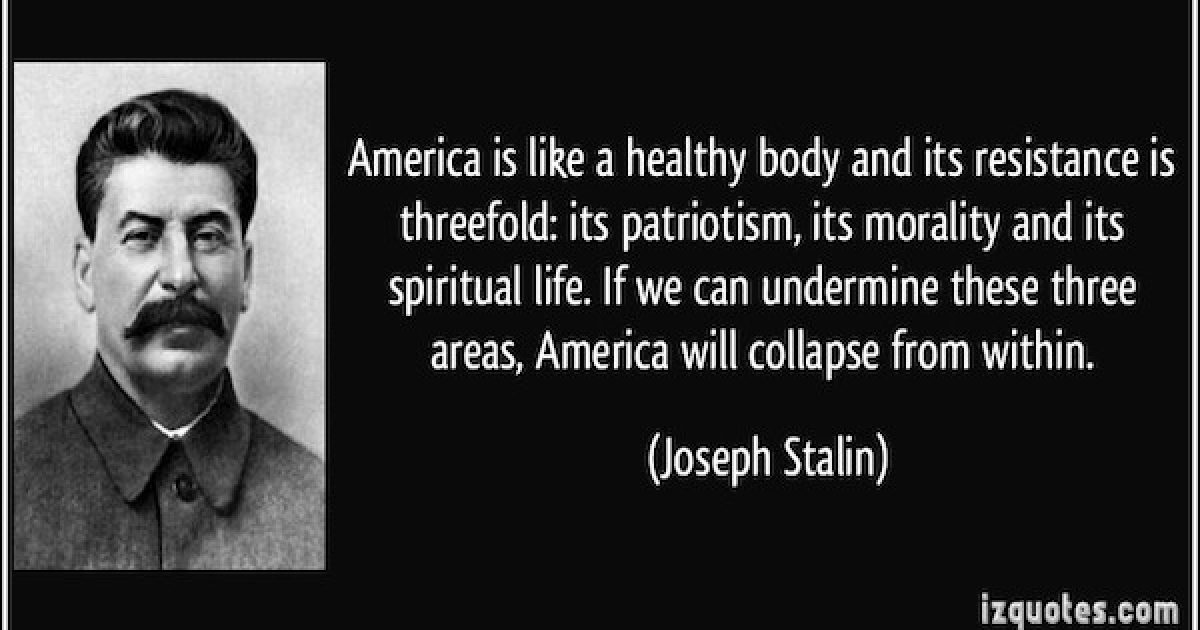 Donald Trump saved us from Hillary Clinton and the Leftist cabal in 2016. But they have a lot in store for us still. Like so many past victories won by the GOP and its supporters, a won battle is believed to be a won war. It’s not. I saw the same thing happen in 1980 when Ronald Reagan wiped out the Democrats and again in 1984. It was an electoral landslide like no other. Let’s also remember that Reagan was Governor of California and California voted for him in 1980 and 1984. Look at California today.

If it’s one thing Democrats are good at is sticking together and advancing their agenda with almost no compromise with their opposition. Republicans are weaklings. Sure, there are a few solid constitutionalists, but they are overwhelmed by colleagues who don’t give a damn about political and economic principles. Their goal is to make a name for themselves.

The GOP can’t get the most basic unconstitutional and evil pieces of past legislation overturned.

Consider the funding of Planned Parenthood. Five hundred million stolen tax dollars are given to the pro-death group each year. The GOP had a majority in the House and Senate and the presidency. And still they Republicans would not defund PP even though the Planned Parenthood uses millions of dollars to help Democrat candidates get elected. What was that line from Vladimir Lenin?

The thing of it is, the Republicans as a whole aren’t very good capitalists.

What’s on the horizon after the loss of 40 House seats? Please, don’t tell me, “Well, it wasn’t as bad as the number of House seats that Obama lost.” That just whistling past the graveyard in hopes that the zombies won’t eat you. Whistling never stopped a zombie.

That’s their mission. They will lie, cheat, steal, bribe, coverup, and do anything the left can get away with to accomplish their mission while the Republicans will sit back and hope that the media will like them because they are “principled.”

The Brett Kavanaugh hearing is a prime example of how the Democrats will lie, cheat, and steal to win, and how the media will support them no matter tactics they use or what facts come out after an investigation.

Keep in mind that the Democrat Party is the party of abortion. If they are willing to support the killing of unborn babies, then there is nothing they won’t do to win.

If you want to get my impression of the GOP establishment in non-action, watch this short clip from “Bugs Bunny Gets the Boid”:

It’s not just the Democrats who are on the attack. The Democrats have their evil minions everywhere. It’s a wonder that conservatives win any elections these days since social media, old media, colleges, and universities, and Hollywood TV and film stars almost exclusively support the Democrats.

It’s the Battle of the Bulge, and we are on the losing side in this particular faceoff.

Tom Woods nicely sums up what the Left has in store for us, and it’s not pretty:

Here’s the savagery of politics. In a polity containing people with irreconcilable worldviews, the humane approach would be to let them go their separate ways.

Humane, live-and-let-live solutions have not ever — ever — been part of the leftist playbook.

You will conform to our model, or you will be marginalized, humiliated, destroyed, or worse.

There is a reason leftists are not known for their support of local self-government, except on rare occasions and for obviously opportunistic reasons. Local units are backward and inefficient, and potential roadblocks in the way of the enforcement of leftist norms everywhere, with other ways of life mercilessly steamrolled.

This is all in the name of “tolerance,” of course, but since the real definition of tolerance involves how we treat people we disagree with, you get the idea of how tolerant these people are.

Woods goes on to write that Republicans have given into nearly every program, initiative, movement, and expansion of the welfare state, and yet the Democrats still want to destroy them! Why? Because Democrats don’t believe in compromise. Compromise is a sign of weakness, and the Democrats take full advantage of weakness. Woods continues:

To take economics alone: the welfare state has ballooned dramatically over these [past 40] years. George W. Bush (Atkins probably considers Bush a “conservative”) gave us No Child Left Behind and Medicare Part D, plus government stimulus to homeownership. Nixon gave us the EPA, affirmative action, the Occupational Safety and Health Administration, and supported a basic income guarantee, among many other interventions.

Even Reagan oversaw an expansion of the welfare state.

So-called conservatives have been completely routed over the past 40 years, yet it’s these very years for which Atkins seeks revenge.

We are headed for a major political crack up if the GOP doesn’t get its act together, and conservative voters don’t come to realize that we’re are in a war.