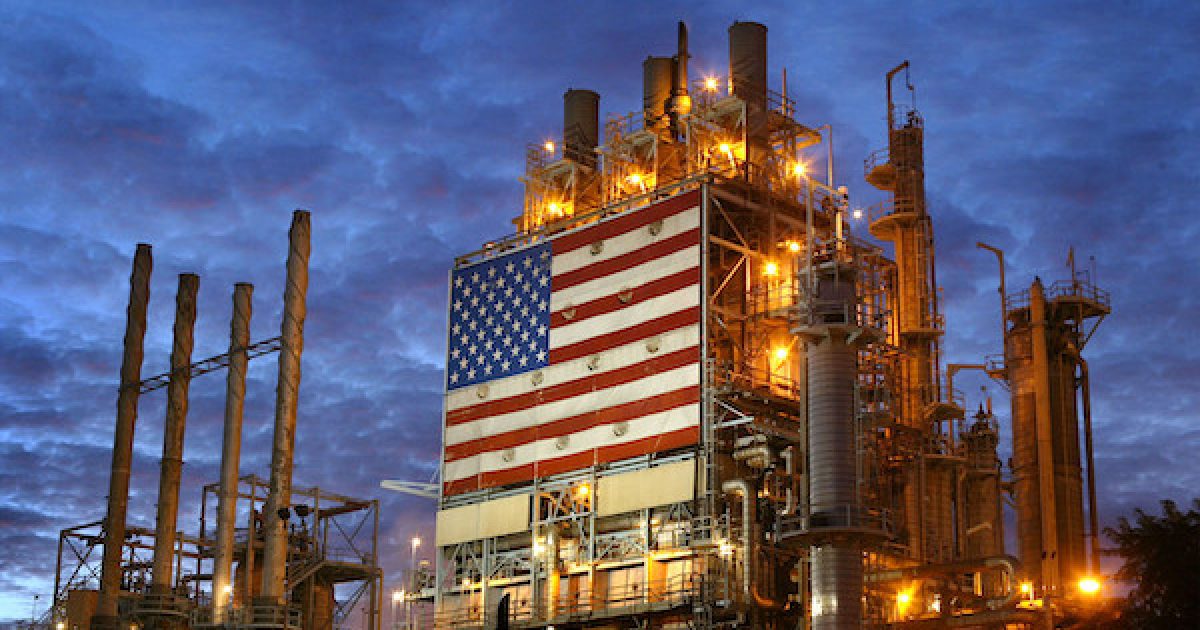 President Barack Obama did everything he could to stop it, but now, under Donald Trump, the U.S.A. has become the world’s top oil producer, according to the U.S. Department of Energy.

As soon as Barack Obama took office making it more difficult to exploit our own energy resources, one of his first actions was having the Secretary of the Interior cancel leases to exploit our shale oil reserves in Utah. It seems as if President Obama’s energy policy consists of making America more dependent on foreign oil and raising prices. And every time people would complain about the high gas prices, Obama would say said that domestic oil production is higher than ever and that big oil wasn’t exploring on the land it had. The technical term for that explanation is “Effing Lie.”

But thanks to President Trump, Crude oil production has soared in the U.S., so much so that America has jumped ahead of Russia to become the world’s top producer.

According to the Associated Press:

take our poll – story continues below

It’s the first time since 1973 that the U.S. leads the world in oil production.

According to the report, Texas is the oil leader making up about 40 percent of U.S. oil production.

This could not have happened with President Obama in office. In fact, it didn’t. In 2016, as Obama was wrapping up his destructive 8 years in office, Forbes magazine called him “one of the most anti-energy presidents in U.S. history.” In other words, there was something he hated as much as republicans…and of course, Jews.

“As if to put an exclamation point on this perception, last week the Obama Administration intervened to block an easement for the nearly completed $3.8 billion Dakota Access Pipeline (DAPL),” Forbes wrote. “This intervention was even though the U.S. Army Corps of Engineers had previously approved the easement across the Missouri River, and although multiple pipelines already cross the river.”

Even left-wing Politico reported in 2015 that Obama was engaging in a “quiet war on oil.”

“The newest phase of Obama’s environmental agenda has the oil and natural gas industry in its crosshairs with plans to curb greenhouse gas pollution from rigs and refineries, tighten oversight of drilling on public lands and impose a strict ozone limit that industry lobbyists slam as ‘the most expensive regulation ever.’”

It wasn’t very quiet. If Obama fought the Islamist terrorists as much as he fought oil production the war on terror would have been over before his presidency was.

Obama did his level best to destroy America’s energy industry. Well, traditional (meaning usable) energy, anyway. On the other hand, he wasted billions on useless “green energy” companies, most of which went belly up after stuffing our tax dollars into their pockets.

It took Trump to do all this. Once again, Trump is making America great again.

But for those of you who are looking for an excuse to vote GOP on Tuesday, remember that when Pelosi was the Speaker of the House and the Republicans wanted to have a discussion about increasing America’s oil drilling and production she adjourned the House. And when the Republican caucus decided to keep meeting,  Pelosi had the lights and microphones turned off, and kicked out the press.

If the Democrats take Congress, they will be fighting Trump’s oil policies tooth and nail to drive up energy prices.

Parts of this post was first seen at Eagle Rising