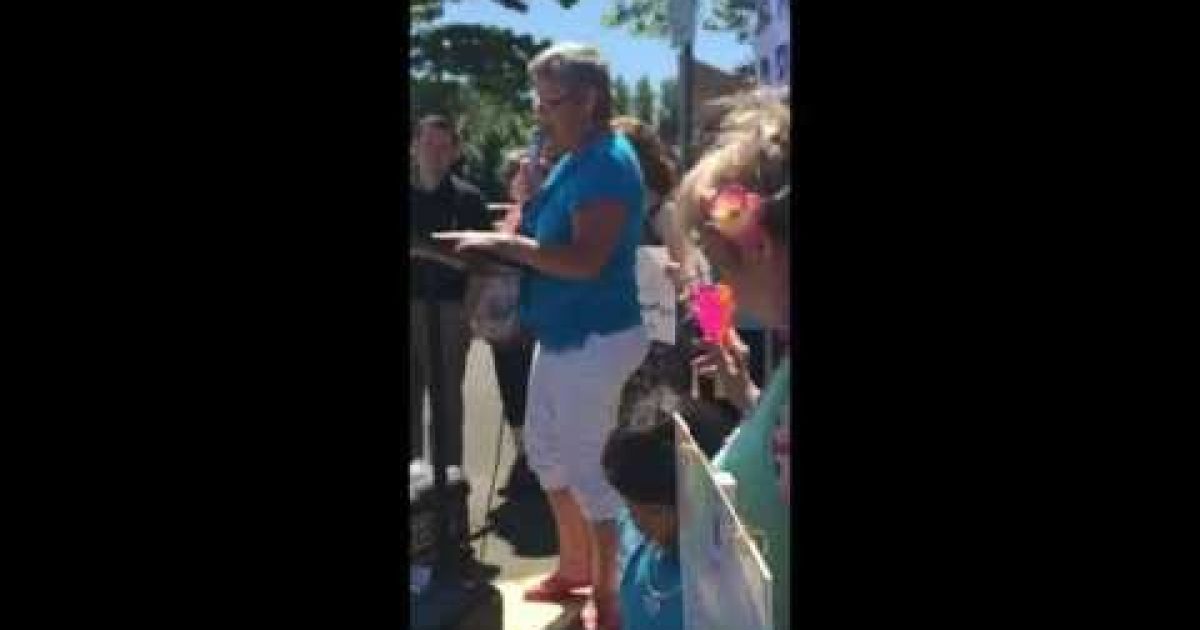 Last Tuesday, July 28, in a nationwide response to disgusting Planned Parenthood videos and their cover-up lies rallies were held under the banner of Women Betrayed.

On July 14th and July 21st, the Center for Medical Progress released undercover videos showing Planned Parenthood executives casually discussing the harvesting and sale of baby body parts. It was sickening. It was horrifying.


In both videos, the abortionists filmed – Dr. Deborah Nucatola, Planned Parenthood Federation of America’s Senior Director of Medical Services and Dr. Mary Gatter, the President of the Planned Parenthood Federation of America’s Medical Directors’ Council – candidly discuss the harvesting and selling the body parts of aborted babies and the haggling of prices for these baby body parts.

The abortion giant claims they care about women but they don’t – just look at their actions. Planned Parenthood gets over $500 million a year in our taxpayer money and makes more than $100 million in profit, all while having abortion quotas. The organization has been caught covering up statutory rape, double-billing taxpayers, aiding and abetting sex traffickers, scheduling sex-selective abortions and accepting money to abort African American children.

Tami covered the rally expertly and posted Five videos below is one, Oregon Right to Life Executive Director Gayle Atteberry.

There was so much more to this rally, read the rest of Tami’s account and watch the other four videos at Barbwire.com by Clicking Here