UPDATE: Appeals Court Puts Hold On Wisconsin Judge’s Order To Clean Up To 209,000 Off Voter Roll 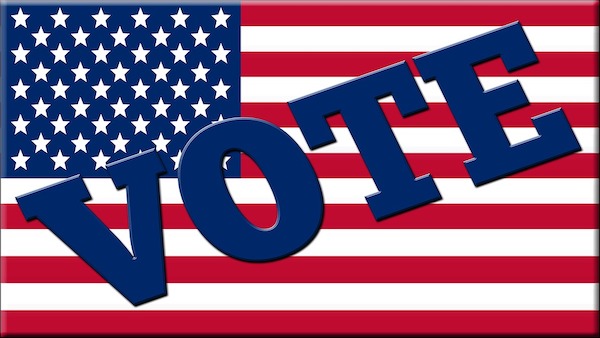 UPDATE at bottom of the post: Wisconsin elections commission

Wisconsin Circuit Court Judge Paul Malloy found the state Elections Commission, and three of its members ignored his  Dec. 13th  order to follow the state law and clean the voter rolls. He found them in contempt of court.

The WSJ reported, “At a Dec. 30 meeting, commissioners were presented with a list of possible actions to take, including striking nonresponsive voters from the rolls or waiting for a final order from Wisconsin’s higher courts. Documents from that day’s meeting show concern that removing large numbers of voters at one time could have unintended consequences on computer systems and could have affected balloting in an off-year special election. The commission decided to take no action and await action by the court of appeals or the state Supreme Court.”

The Judge did not agree. Saying, “I can’t be any clearer than this,” Judge Paul Malloy said. “They need to follow my order,” the judge ordered them once again to remove the 200+K from Wisconsin’s voter rolls. The Judge said the election commission must pay $50/day and the three Democrats on the commission who fought executing his previous order to remove the voters from the rolls $250/day.

According to the Milwaukee Journal Sentinal:

The Wisconsin Elections Commission in October notified more than 230,000 people it believed they may have moved and asked them to update their voter registrations or confirm they were at the same address. It planned to remove them from the rolls in 2021 if they didn’t act.

Three voters represented by the conservative Wisconsin Institute for Law & Liberty sued, arguing the state had to remove them from the rolls much faster. Malloy agreed and ordered the voters purged from the rolls.

The commission had intended to clean up the election rolls in April 2021 after the Presidential Election. And it’s six members (3 Dems, 3 GOP) will meet today (Tuesday 1/14) to decide if they are going to follow the Judge’s order or wait until it goes through the appeals process. But the commission had discussed the order since the Judge first issued it in December and has been deadlocked, with the three Dems fighting the order. It will be interesting to see if any of the Democrats change their minds since per the contempt order cash Is coming out of their own pocket.

If a voter ignored the October letter and is removed from the voter rolls, they can easily get back on.  Removed voters would be able to re-register at the Election Commission’s website, or even at the polls on election day.

This order is vital for a fair Presidential election. Wisconsin is a purple state with ten electoral votes. In 2016 President Trump was the first Republican to win the state in over three decades. In 2018 President Trump won the state by a razor-thin margin, approximately 23K votes, less than 1% of total state voters. Therefore it is critical to have clean voter registration rolls to ensure that only those who are supposed to vote in 2020 are allowed to vote.

The Democratic Party is working hard to Wisconsin back, which is one of the reasons they chose Milwaukee to host their 2020 national convention. President Trump is fighting to keep the state, which is probably why he is having a “Make America Great” rally in Milwaukee Tuesday night at the same time as the final Democratic Party debate before the Iowa caucus.

Hours after Malloy’s ruling, a divided Wisconsin Supreme Court declined the plaintiffs’ request to stay the decision and immediately hear the case, meaning that the legal battle will now shift to a lower state appeals court.

A Wisconsin appeals court on Tuesday put on hold an order to immediately remove up to 209,000 names from the state’s voter registration rolls, handing Democrats who had fought the move a victory in the battleground state.

The appeals court sided with the bipartisan state elections commission in putting the brakes on removing any voters while the court fight continues.

It also put on hold a ruling from Monday in which a judge found the commission and its three Democratic members in contempt for not proceeding with removing the voters.

The orders came as the commission was meeting in a closed session with attorneys from the state Department of Justice to discuss the case.

A conservative law firm that brought the case — the Wisconsin Institute for Law and Liberty — had wanted the purge to happen immediately, even though the elections commission raised concerns about the accuracy of data used to identify voters who would have their registrations deactivated.

“What is true yesterday is true today,” he said. “The Wisconsin Elections Commission isn’t following state law and we look forward to making that case in the Court of Appeals.”