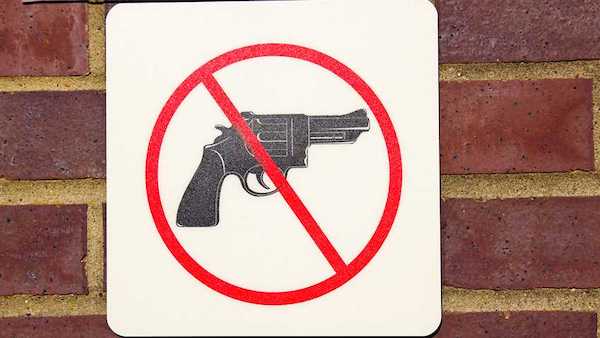 Four gun rights groups led by the Virginia Citizens Defense League (VCDL) have filed a lawsuit against the City of Winchester and Police Chief John Piper, in his official capacity, challenging the city’s adoption of an ordinance banning firearms in certain locations, alleging the ban “violates no fewer than four provisions of the Virginia Constitution. Winchester Virginia gun ordinance

Joining VCDL are the Gun Owners of America, Gun Owners Foundation, U.S. Law Shield of Virginia Stonewall Arms, and four private citizens. They are represented by attorneys Gilbert Ambler of Winchester, Robert J. Olson, William J. Olson, Winchester, and David G. Browne, Richmond. The 42-page lawsuit was filed in the Circuit Court for the City of Winchester, which is located in northeast Virginia, a few miles northwest of Washington, D.C.

According to a VCDL news release, “a handful of left-leaning cities and counties, including the City of Winchester,” have adopted local gun control regulations in the aftermath of the General Assembly’s passage of legislation last year allowing it. Previously, gun laws in the Commonwealth were the sole responsibility of the Assembly.

Essentially, the legislature surrendered its authority to local jurisdictions, and Winchester has taken advantage of the change.

The National Rifle Association, which is also headquartered in Virginia, warned about this earlier in the year. The ban applies to carrying firearms, even with a carry permit, in certain public places. VCDL asserts the ordinance “puts residents of and visitors to Winchester into danger.  The overwhelming number of mass shootings occur in “gun-free zones,” where criminals know they will meet little resistance, and thus this ordinance increases the danger to every person who lives, works in, or visits Winchester.

“A similar Fairfax County ordinance was challenged previously,” VCDL noted in its news release, “but the challenge to Winchester could be the first to be heard and help determine whether Virginians will continue to be able to enjoy their constitutional rights.”

In their lawsuit, the gun rights groups contend “the Winchester ordinance violates no fewer than four provisions of the Virginia Constitutions — those protecting: (i) the right to keep and bear arms; (ii) the right to be afforded due process of law by being given clear notice of what a criminal law prohibits; (iii) the right to free speech and assembly; and (iv) the right to be free from unreasonable searches and seizures,” the release detailed.

According to the lawsuit, Winchester is not alone. Other communities have adopted their own firearms regulations, including Alexandria, Arlington, Blacksburg, Charlottesville, Fairfax (city and county), Falls Church, Loudon, Newport News, Richmond, and Roanoke. As a result, VCDL and its partners assert a “patchwork” of local laws has been created.

Violation of Winchester’s ordinance could carry a punishment including up to a year in jail and a fine up to $2,500.

The lawsuit, however, should be successful. Unless I missed something in the news, the Second Amendment to the U.S. Constitution is valid, even in Winchester, Virginia.