When one is wrong, they’re wrong.  And I am here to publicly admit I was wrong. You see ever since he was elected President Obama has been throwing bad numbers at the public, like when he talked about the fact that his healthcare plan was revenue neutral, or when he said that he cut taxes. Each one of those times I would write something critical, saying that the President was misleading the public, but that really wasn’t the case this week we have discovered the truth, Obama simply cannot add. Maybe that’s why his school records were never released President Obama was embarrassed because he got “A”s in Law and community organizing but completely blew it when it came to math. 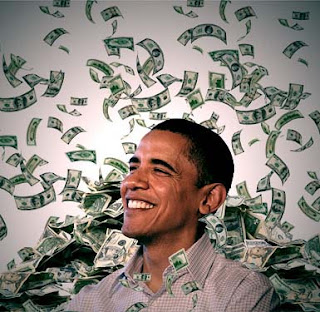 How did I come to this serendipitous revelation?  The GOP-led house passed a budget that would have cut $61 billion dollars from the current 2011 fiscal spending (no budget was passed prior to the fiscal because the Democrats were afraid it would make them look like foolish spenders). To put that $61 billion in perspective,  it isn’t even a drop in the bucket compared to the total $3.73 in projected spending.

The Democrats of course feel that GOP cuts are way too deep. But the President trying to find common ground promised to meet the GOP in the middle, so he offered $6.5 billion in cuts.  Any one who got at least a “D” in Algebra would know that “the middle” of 61 and zero is 30.5.  Therefore either the president was playing a cruel hoax on the American people or the poor guy is crappy at his math tables.

“These are the same guys that said if we adapted a stimulus package, unemployment would never go above 8 percent. Please,” Sen. John McCain, R-Ariz., said on ABC’s “This Week.” “Unless we get our fiscal house in order, we are facing a calamity, there’s no way you can avoid that,” he said.

“I was hopeful that we would step up to the plate here, if you will, and use this divided government opportunity to do something big about our long-term problems. I don’t have any more complaints about no conversations with them. I’ve had plenty of conversations with them. What I don’t see now is any willingness to do anything that’s difficult,” McConnell said on NBC’s “Face the Nation.”

Those Senators are being very insensitive, Obama really believes he is meeting them in the middle, its just that his math is so bad the POTUS thinks that $6.5 billion is in the middle. Folks that is the only logical explanation, well that or the President is lying, but Obama is a honorable man who would never lie to the American people….would he?