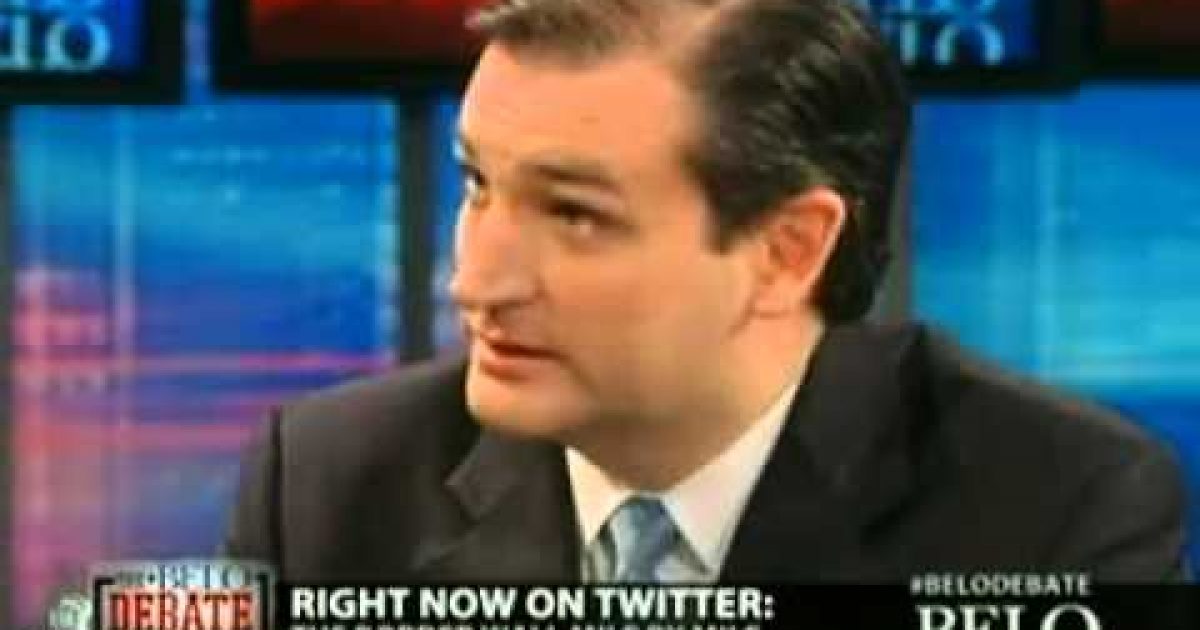 Tomorrow 4/19 is D-day for New York voters. It’s time for the New York primary when Republicans pull the lever for one of three candidates, Donald Trump, Ted Cruz, or John Kasich (okay in NY we don’t pull a lever we fill in a circle with a black felt pen but it’s close enough). When I go to the polls tomorrow, my pen will be filling in the box for Ted Cruz.

My support for the senator from Texas is based on many factors including is long-term adherence to conservative principles, limited government, keeping within the constitutional limits, tax simplification, free markets, a strong foreign policy (including Israel), and a recognition of the value of a human life.

The Constitution first founded and laid out what this great republic is supposed to be. It is the supreme law of the land, crafted by our founding fathers to act as a chain to bind the power of the federal government and to protect the liberties endowed to us by our Creator. Recent presidents have defied the Constitution and the rule of law, and as a result the federal government infringes on our lives more than ever. As Solicitor General for the State of Texas Cruz has argued before the Supreme Court of the United States trying to protect our constitutional rights and get government off our backs.

Cruz was for a border wall in 2012 long before it became an issue in the 2016 campaign. During an April 2012, Republican Senate primary debate Cruz said.

“We have an illegal immigration crisis, and we have to do everything humanly possible to secure the border. That means fences, that means walls.”

Cruz fought hard against the gang of eight bill in the senate.

On Foreign Policy, Cruz has shown himself to be a strong leader who will not let other countries push the United States around. He believes in peace through strength and rebuilding our military without bankrupting the country.  Cruz believes in leading the fight against ISIS and other terrorism rather than leading from behind.

To truly believe which candidate will support Israel, one must look at what they said and did before the recent AIPAC conference. The Texas Senator is the only candidate left in the race (in either major party) who can be counted on to support our valuable ally in Israel. Hillary and Bernie are both opponents of the Jewish State.

Although his son-in-law wrote a nice AIPAC speech, Trump position on Israel is iffy at best, he’s made both pro and negative statements about the Jewish state, once even claiming that he believed Netanyahu had no interest in peace.  None of his statements pro or con display any sort of understanding of the actual situation. Kasich talks a good game, but that doesn’t erase the fact that when he was in congress he tried to eliminate aid to Israel.

Ted Cruz is also the only candidate who promises to rip up the Iran deal which not only put Israel in danger of a nuclear Iran, but puts the United States in danger.

Ted Cruz is pro-life (as is John Kasich) on the other hand Mr. Trump has vacillated.

All of these views have been Ted Cruz’s for a lifetime, not simply pandering to a campaign electorate.

In the Declaration of Independence, Thomas Jefferson wrote, “The history of the present King of Great Britain is a history of repeated injuries and usurpations, all having in direct object the establishment of an absolute Tyranny over these States.”

For the past eight years we have been ruled by a thin-skinned elected tyrant, who usurped our rights and blamed other for his mistakes. Mr. Trump seems closer to Barack Obama than he is to the Republican party.

Mr. Trump’s campaign uses the slogan “make America great again,” however his campaign is not about America it’s about him. Listen to his speeches just like Barack Obama he mentions himself (me, I, etc.) more than any other topic. Also like Obama Trump seems to be a thin-skinned bully who blames others for his mistakes such as blaming the party for his campaign’s failure to go after delegates, or his attacks on Megyn Kelly and Cheri Jacobus. While he does not believe in “leading from behind like Obama, Trump projects the same type of image in terms of believing that other sovereign nations will jump when he says jump and ask how high on the way up (he also believes that congress will act the same way).

One John Kasich may be a good man but when it comes to delegates he still sits in fourth place in a three-man race, he cannot get the support of his own party, it’s hard to imagine him beating Hillary Clinton.

In the end my decision wasn’t even close, while each of the other candidates may do a few of the things necessary, there is only one candidate in the race who can be trusted to do all of it; follow the constitution, value life, protect the border, simplify taxes, lead the fight against terrorism, reestablish our relationship with Israel, and put America before himself. That candidate is also best situated to beat Hillary Clinton.  That candidate is Ted Cruz.