There's A First Time For Everyone 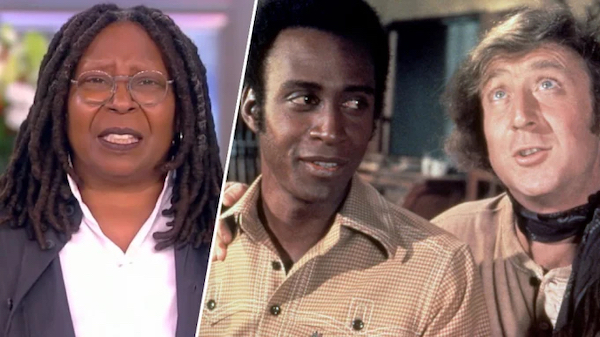 It’s such a funny movie. I have copies of Blazing Saddles on videotape, CD, DVD, and Blu-ray. The movie was written by a Jew and an African American (Mel Brooks and Richard Pryor). Since Cancel Culture gained power two years ago, Blazing Saddles became a motion picture non-grata because the kings of cancel decided it was racist. The movie was removed from the streaming and broadcast networks and film festivals. Surprisingly, on Pearl Harbor Day, The View’s Whoopi Goldberg defended the movie. 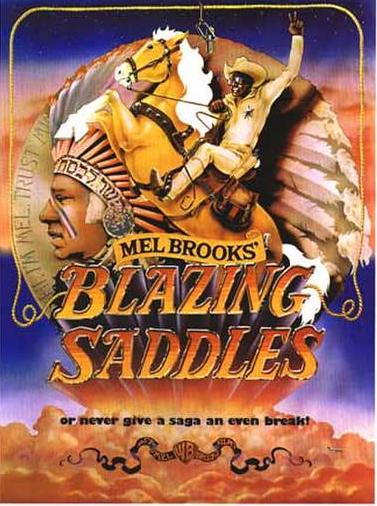 For those who haven’t seen the film, you are missing a flick so funny your stomach will hurt from all the laughs you will have. Blazing Saddles is the story of a railroad company that wants to clear a town filled with white racists so they can lay the rails through the town. In an attempt to clear the town, the not-too-bright governor (Mel Brooks) hires a Black Sherriff in this racist town. As soon as the “Sherriff” shows up, racist words, phrases, and actions are used by the townspeople to dominate the script. I  heard that”word” in Blazing Saddles more times than I had ever heard in my entire life. BTW they used the entire word. Not just “N.”

The Sherriff hires a washed-up gunslinger, the Waco Kid (the Waco kid), to be his number two.

The cancel crazies don’t understand that the film’s purpose is to humiliate racists.

Beyond the racism, PETA is upset that Alex Karras punches and knocks out a horse. Jews and Native Americans were upset that the headband of his headdress reads כשר לפסח (Kosher for Passover). But Blazing Saddles also has one of the funniest scenes in any movie in history. It demonstrates what happens to cowboys when they have their franks and beans.

After two years of being branded as hatred, on Pearl Harbor day  Whoopi Goldberg defended Blazing Saddles against cancel culture.

The hosts of “The View” launched into a debate about how classic comedies are aging in 2022 — a topic inspired by Mindy Kaling’s recent comment that “The Office” is “so inappropriate now” and could never be made today.

Goldberg argued the 1974 Mel Brooks flick “Blazing Saddles” “deals with racism by coming at it right, straight, out front, making you think and laugh about it — because, listen, it’s not just racism, it’s all the ‘-isms.’ He hits all the ‘-isms.’”

(…)‘Blazing Saddles,’ because it’s a great comedy, would still go over today — there are a lot of comedies that are not good, OK? We’re just going to say that — that’s not one of them. ‘Blazing Saddles’ is one of the greatest because it hits everybody,” Goldberg insisted.

““Leave my ‘Blazing Saddles’ alone. Don’t make me come for you,” Goldberg quipped at the end of the segment.”

I have never been a fan of Whoopi’s because of the surname she uses—Goldberg. People will believe her imbecilic statements were made by a Jew. Her birth name is Caryn Elaine Johnson – in other words, despite using the stage name Goldberg she isn’t, nor has she ever been, Jewish. But using that stage name, some people blame her stupidity on the Jews.

Usually, In the interest of tolerance and preventing Antisemitism, I ask Ms. Goldberg to remove the cultural appropriation and change her stage name into something that doesn’t sound so Jewish, something like Whoopi Singh, Whoopi McSchtuppie, or Joe Biden. WAIT! she can’t take that name, as it’s already being used by a person with a reputation for saying stupid things.

Whoopi, I am proud of you. You defended one of the greatest comedies ever produced. I will stop complaining about your chosen stage name if you continue to act intelligently.