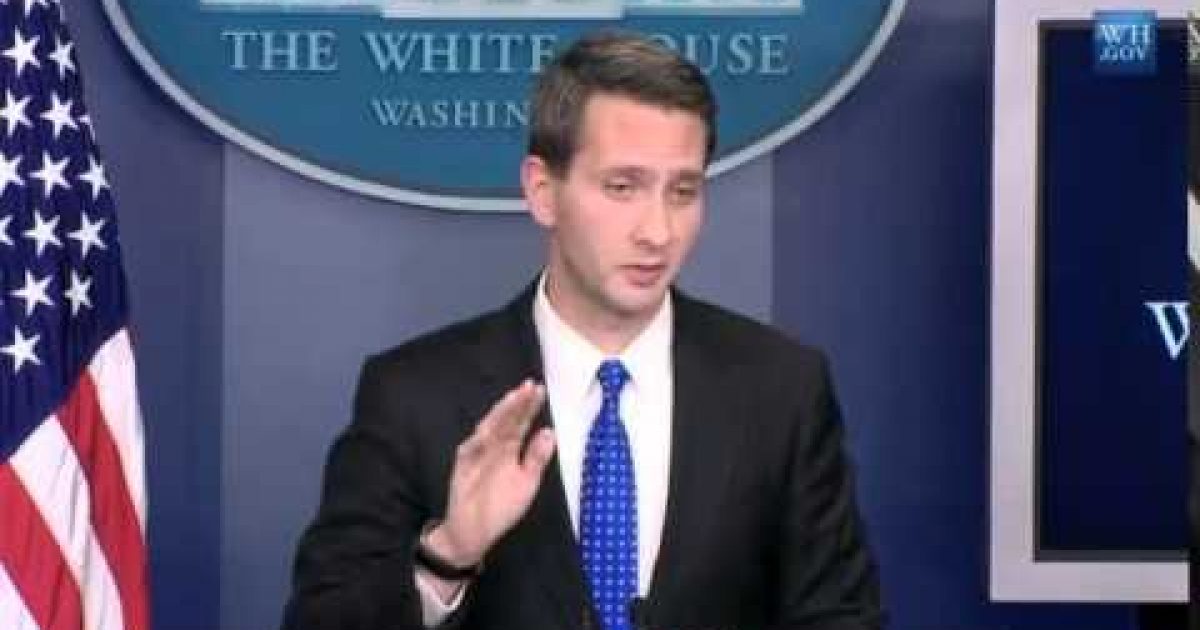 After today, Deputy White House Press Secretary Eric Schultz might beg off filling in for his boss.

It wasn’t one of Jonathan Karl’s toughest questions, but during today’s press briefing he couldn’t answer one easy question.  Is the Taliban a terrorist group.  Most Americans would just say yes without thinking…but Schultz, well he just couldn’t think.

After Karl asked how the Jordanian government’s agreement to trade a
convicted terrorist for the release of an air force pilot held by ISIS,  differs from the Administration’s
decision to swap Bowe Bergdahl for five Taliban leaders. What follows is a train wreck:


Schultz: As you know, uh, this was highly discussed at the time and prisoner swaps are a traditional end-of-conflict, uh, interaction that happens. As the war in Afghanistan wound down, we felt like it was the appropriate thing to do. The president’s bedrock commitment as commander in chief is to leave no man or woman behind, that’s the principle he was operating under. I’d also point out that the Taliban is an armed insurgency. ISIL is a terrorist group. So we don’t make concessions to terrorist groups.

Karl: You don’t think the Taliban is a terrorist group?

Schultz (who looked like he was in agony as he tried to answer): I don’t think that the Taliban, um — uh – the Taliban is an armed insurgency. This was the winding down of the war in Afghanistan, and that’s why this arrangement was dealt.