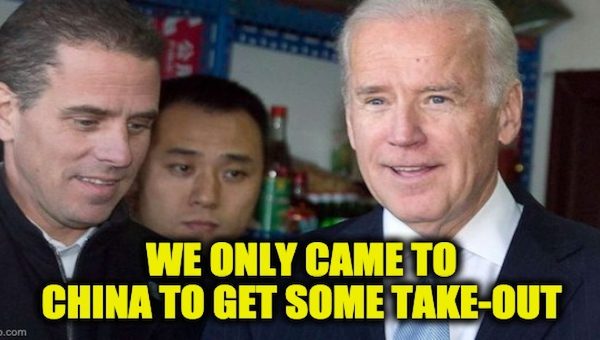 As the political bickering of our nation continues to grow ever more vitriolic (and just plain ugly), we are beginning to wade into some seriously absurd waters….particularly when it comes to matters involving the White House.

For instance, as the Republicans prepare to take control of the House for the first time in several years, they say they’re planning to follow through with a long-threatened plan to investigate the First Family’s long-known foreign influence peddling and international business schemes, starting with perennial progressive problem Hunter Biden. Well, sort of, They are investigating Hunter’s illegal activities to see how the president was involved.

This has the White House making an asinine retort that says more about their potential culpability than anything else.

The White House accused congressional Republicans of promoting “long-debunked conspiracy theories” in a swift response after House lawmakers alleged that President Biden was actively involved in overseas business dealings alongside his son Hunter.

“Instead of working with President Biden to address issues important to the American people, like lower costs, congressional Republicans’ top priority is to go after President Biden with politically motivated attacks chock full of long-debunked conspiracy theories,” Ian Sams, a spokesman for the White House Counsel’s office, said Thursday.

And then came the boilerplate-adjacent gibberish.

“President Biden is not going to let these political attacks distract him from focusing on Americans’ priorities, and we hope congressional Republicans will join us in tackling them instead of wasting time and resources on political revenge,” he added.

Of course, the last 6 years’ worth of non-stop probes and inquiries into Donald Trump are all considered “legitimate” on the left side of the aisle, so perhaps it doesn’t make much sense to let them decide the rules here?