Which Witch Will Be The Witch To Bewitch Brett Kavanaugh? 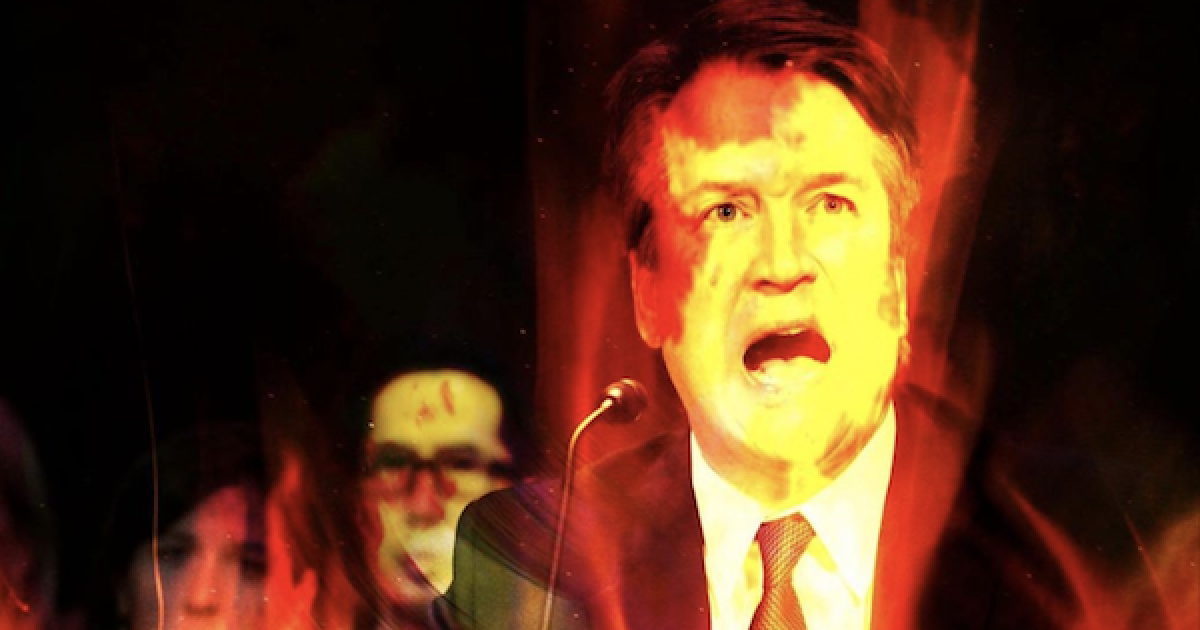 Facebook blocked 800 sites yesterday because they had politically conservative bent, but this site is fine.  For those of you who have nothing to do Saturday night 10/20, Catland Books which claims it  Brooklyn’s premiere occult bookshop & spiritual community space is hosting a ritual to hex Brett Kavanaugh (Brooklyn has more than one occult bookshop & spiritual community space? Ah fuggedaboutit)

According to invite on the event’s Facebook page (see below), 1K witches have committed to the Hexing, and another 10K are interested. Which raises the question, if all those witches show up,  will they all wear black capes and pointed hats? If that happens, it will be challenging to figure out which witch is which. Even worse, if a spell is cast during this event, it will be even more challenging to figure out which witch successfully placed the hex, or in other worlds which witch is the bewitching witch. 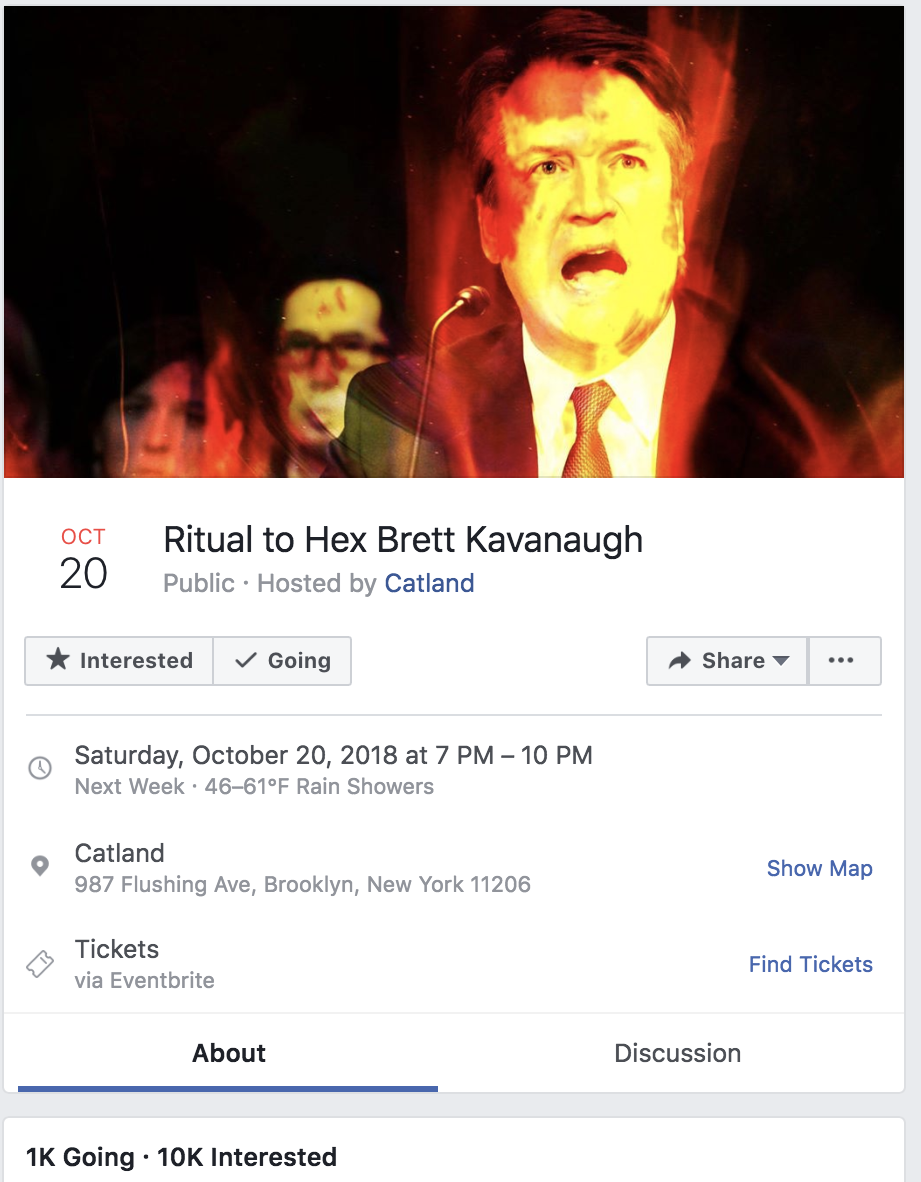 Note to readers and my computer’s spell checker. The below is cut and pasted from the facebook page description of the event. The grammar and spelling are theirs.

Please join us for a public hex on Brett Kavanaugh, upon all rapists and the patriarchy at large which emboldens, rewards and protects them. We are embracing witchcraft’s true roots as the magik of the poor, the downtrodden and disenfranchised and it’s history as often the only weapon, the only means of exacting justice available to those of us who have been wronged by men just like him.

He will be the focal point, but by no means the only target, so bring your rage and and all of the axes you’ve got to grind. There will also be a second ritual afterward – “The Rites of the Scorned One” which seeks to validate, affirm, uphold and support those of us who have been wronged and who refuse to be silent any longer.

50% of the event proceeds will be donated to charity:
25% to the Ali Forney Center and 25% to Planned Parenthood.

Please note that no one will be turned away for lack of funds.

Sadly my wife tells me we are busy next Saturday night. We have plans to do anything but hang out with Kavanaugh hating witches so I won’t be able to travel to the land of my forefathers (Brooklyn) and attend the hex. Since I am not now nor have I ever been a witch or warlock it is probably best (although I did enjoy each of the Harry Potter movies I am told it doesn’t count).