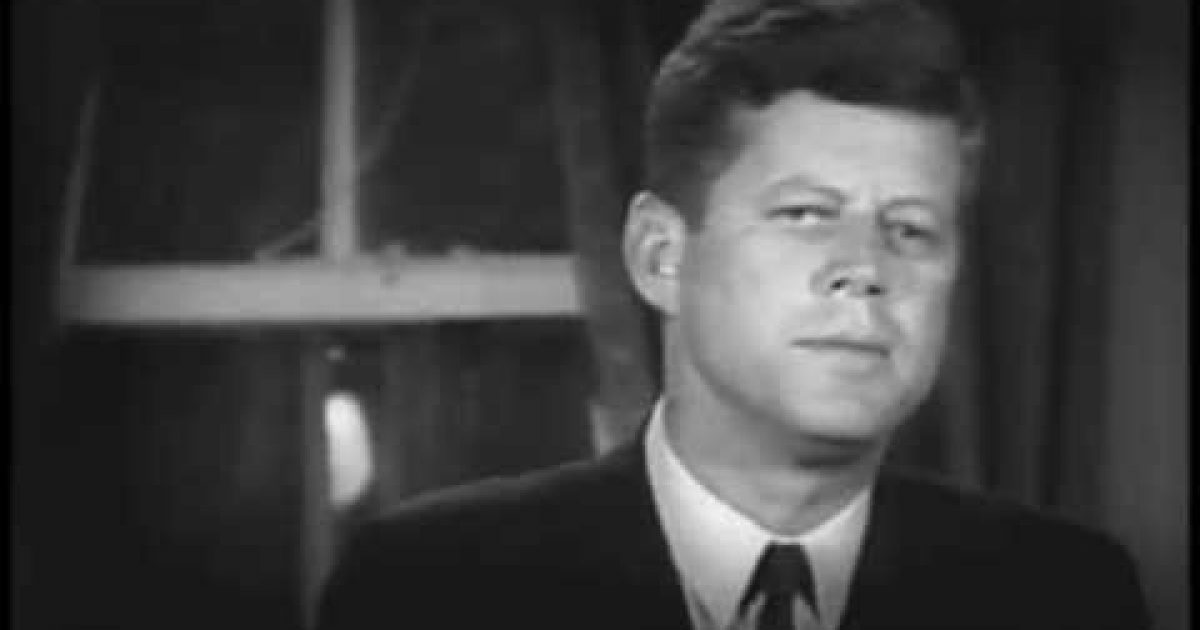 Fifty years ago,  President John F. Kennedy was shot and killed and the nation mourned. I would be less than honest if I told you I remembered much about the day.  I was a six year old who two months earlier began first grade. School ended early and I walked home (remember when you could do that?).

I remember that I cried most of the day, not because of JFK’s death because I didn’t understand that, but because my cartoons were preempted. The next day with my family, I remember watching live Jack Ruby walking up to Lee Harvey Oswald and shooting him to death.

The video below is a newsreel clip of JFK announcing Tax Cuts in 2002, I show it because rather than reflecting about the day he died, its better to show how he lived. Even more importantly I show it because It really pisses off progressives.

Is the Transition to Harris Underway? Why No SOTU Address? Do We Not Have a President?
March 7th, 2021 Conservative Firing Line