The Al-Dura Affair: When France’s Hatred of Israel Killed Thousands of Innocents 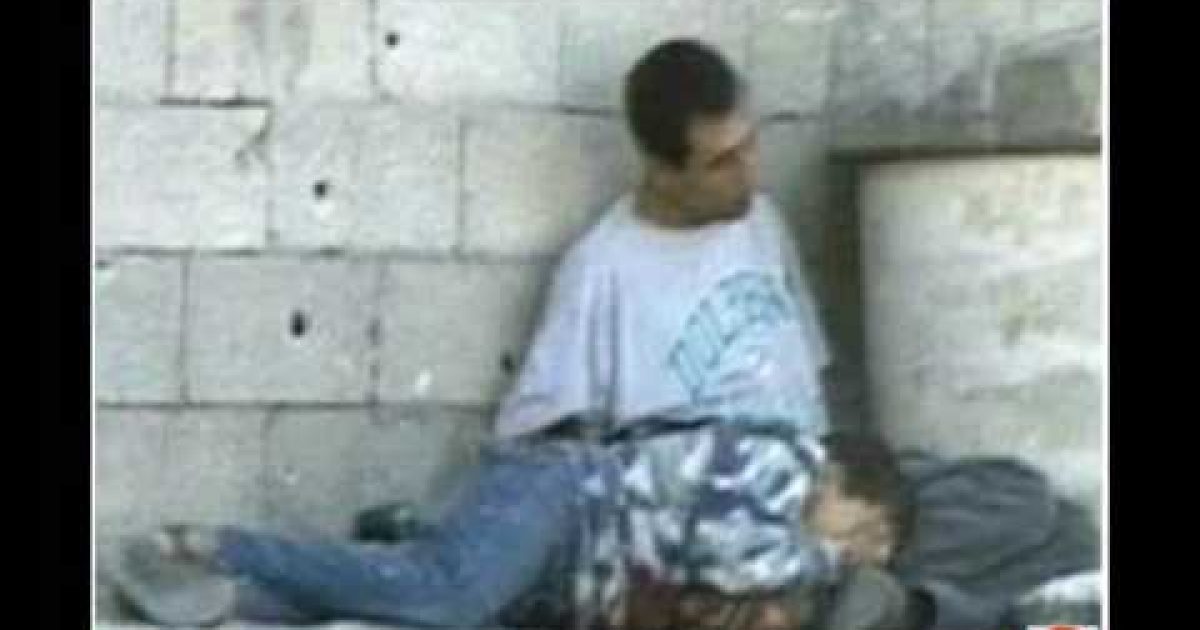 It was fourteen years ago, September 30, 2000 when TV Network France 2 and Charles Enderlin sent to news outlets around the world their fake Muhammad al-Dura video.  The staged death of a little boy became the rallying cry of Islamist terrorists all around the world resulting in the deaths of thousands. Just as they did in the recent Gaza war, instead of investigating the report when they received the video, mainstream media reporters became the biggest supporters of the hoax and became accomplices this deadly fraud.

The second day of what would become known as the Second Intifada amid widespread rioting throughout the Palestinian territories Jamal al-Durrah and his 12-year-old son Muhammad, were filmed by Talal Abu Rahma, a Palestinian cameraman freelancing for France 2, as they sought cover behind a concrete cylinder after being caught in crossfire between Israeli soldiers and Palestinian security forces. The footage, which lasts just over a minute, shows the pair holding onto each other, the boy crying and the father waving, then a burst of gunfire and dust, after which the boy is seen slumped across his father’s legs.

Muhammad al-Dura became a poster child for Islamist terror. Osama bin Laden referred to al-Dura in a post-9/11 video; the killers of Wall St. Journal reporter Daniel Pearl placed a picture of him in their beheading video; streets, squares and academies have been named after al-Dura.

But for those who looked at the video with an open mind there were plenty of questions about the video. Why is there no footage of the boy after he was shot? Why does he appear to move in his father’s lap, and to clasp a hand over his eyes after he is supposedly dead? Why is one Palestinian policeman wearing a Secret Service-style earpiece in one ear? Why is another Palestinian man shown waving his arms and yelling at others, as if ‘directing’ a dramatic scene? Why does the funeral appear — based on the length of shadows — to have occurred before the apparent time of the shooting? Why is there no blood on the father’s shirt just after they are shot? Why did a voice that seems to be that of the France 2 cameraman yell, in Arabic, ‘The boy is dead’ before he had been hit? Why do ambulances appear instantly for seemingly everyone else and not for al-Dura?”

The video below lays out some of the evidence:


Philippe Karsenty a French Jewish activist identified the al-Dura video as a hoax and was sued by the France 2 Station and reporter Charles Enderlin. In May 2008 a French Court of Appeals found in favor of Jewish activist Philippe Karsenty, overturning a lower court decision that he had libeled France 2 and its Jerusalem correspondent Charles Enderlin when he accused them of knowingly misleading the world about the death of the Palestinian child Mohammed al-Dura in the Gaza Strip in 2000.  Just as important as the victory as part of the 2008 case more of unedited video tape of the incident was seen by the world exposing the fraud even further. On June 26, 2013, the Paris Court of Appeals once again convicted Karsenty of defamation, and fined him €7000, but it was too late because the fraud had been exposed in court during the 2008 trial.

The al-Dura case remains an important one.

Who knows how many deaths both Palestinian and Israeli were results of the incitement generated by this false report of an Israeli massacre? It certainly made the “second intifada” deadlier that it would have been.

The al-Dura case is still a rallying cry for anti-Israel propaganda.

It was the first example of “Pallywood.” Palestinian media manipulation, staged deaths, distortion and outright fraud designed to win the public relations war against Israel.  Two years after the al-Dura hoax came the hoax of the “Jenin massacre” This manipulation and willful media support of staged media stories was being practiced as recently as the Gaza War which recently ended and sadly it is still an effective tool thanks to media bias.

The al-Dura hoax exposed that the mainstream media across the world cannot be trusted to tell the truth about Israel.  Although their bias became a rallying cry for terrorists and subsequent Israeli attempts to weed out those terrorists have resulted in civilian deaths (thanks to the use of human shields) the media’s objective is not to relay the truth, it’s to defend their gullibility and anti-Israel bias.