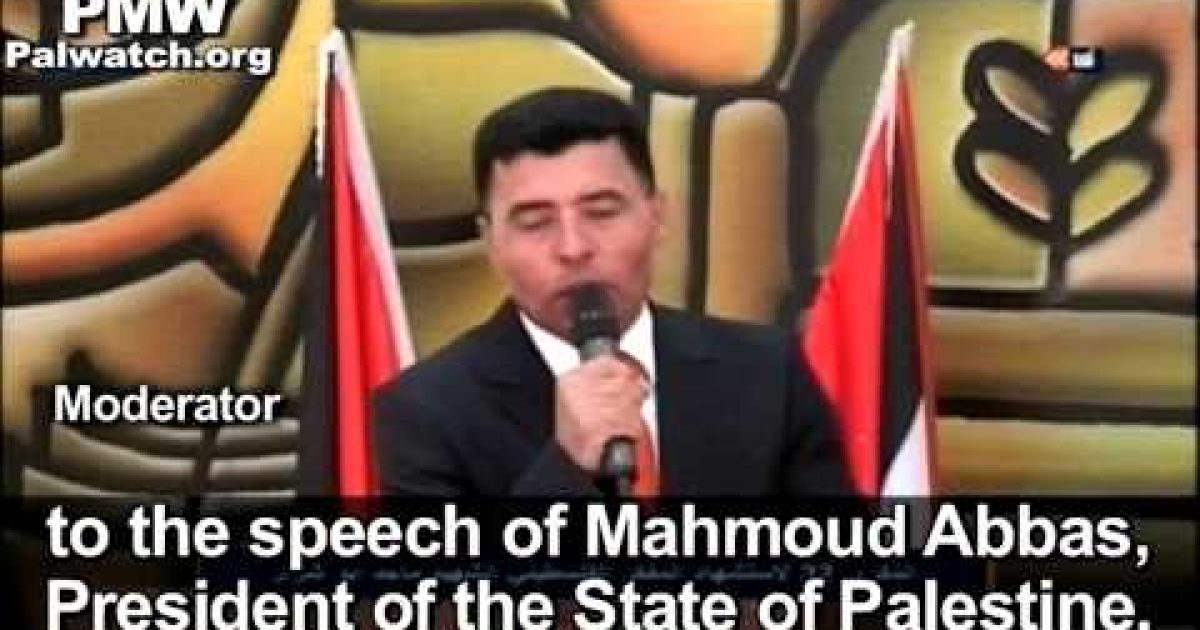 Reports have hit the news today that Secretary of State John Kerry was on the way to the Middle East to revive the failing talks between Israel and the Palestinian Authority. What this administration doesn’t get is the Palestinians don’t want to make peace.  Witness the below, a Palestine Live TV broadcast an event marking the 32nd anniversary of a senior Fatah and PLO leader from the 1970s, Majed Abu Sharar’s Martyrdom death. Fatah Central Committee member Dr. Jamal Muhaisen spoke on behalf of PA Chairman Abbas.

Moderator: “Brothers and sisters, now listen to the speech of Mahmoud Abbas, President of the State of Palestine, which will be delivered by fighter Jamal Muhaisen, member of Fatah’s Central Committee.”