What ISIS Really Wants? They Want The Muslim Apocalypse 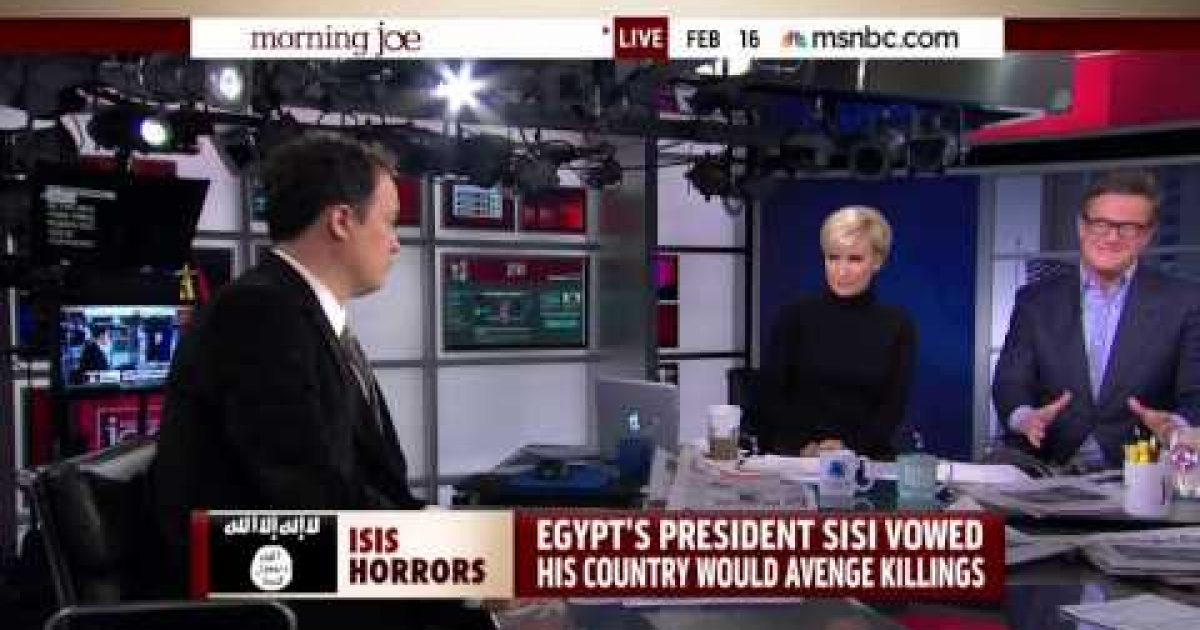 While President Obama and Secretary of State Kerry insist that terrorists groups such as ISIS have nothing to do with Islam, Graeme Wood of The Atlantic investigated the group and its philosophy and found that indeed the groups is deeply connected to the faith. It may be a 7th century fundamentalist version of Islam, but Islam is at the center of their what they do.

Wood’s article, “What ISIS Really Wants” starts off scary, and gets much worse:

The Islamic State is no mere collection of psychopaths. It is a religious group with carefully considered beliefs, among them that it is a key agent of the coming apocalypse.

Wood was on Morning Joe today and explained:

Often it’s said that ISIS is an organization that uses religious means for secular ends. I think it might be the other way around. That it’s an organization that has religious ends and it uses secular means to achieve the ends. But finally what it’s looking for is an apocalyptic solution…You can see that actually in the video that came out yesterday. As you mentioned, the quote directly from some Hadiths some of the holy texts of Islam that they mentioned the second coming of Jesus Christ, for example. They say when Jesus is coming back and they quote and say he will break the cross, he will kill the swine, and he abolish the jizyah, the tax levied on Christians in the Islamic state. This is very specific use of text. It’s not people of speaking without any knowledge of Islam but a view of what Islam looks like. It’s a view that very few Muslims share.

But the words he uses in the article are even more frightening:

We can gather that their state rejects peace as a matter of principle; that it hungers for genocide; that its religious views make it constitutionally incapable of certain types of change, even if that change might ensure its survival; and that it considers itself a harbinger of—and headline player in—the imminent end of the world.

Wood says we should look at ISIS a Muslim “David Koresh or Jim Jones” able “to wield absolute power over not just a few hundred people, but some 8 million.” And unlike al Qaeda which operated as a bottom up type organization, ISIS is a very strict top-down led organization.  And the law handed down from the top is Islamic law:

The reality is that the Islamic State is Islamic. Very Islamic. Yes, it has attracted psychopaths and adventure seekers, drawn largely from the disaffected populations of the Middle East and Europe. But the religion preached by its most ardent followers derives from coherent and even learned interpretations of Islam.

Virtually every major decision and law promulgated by the Islamic State adheres to what it calls, in its press and pronouncements, and on its billboards, license plates, stationery, and coins, “the Prophetic methodology,” which means following the prophecy and example of Muhammad, in punctilious detail. Muslims can reject the Islamic State; nearly all do. But pretending that it isn’t actually a religious, millenarian group, with theology that must be understood to be combatted, has already led the United States to underestimate it and back foolish schemes to counter it. We’ll need to get acquainted with the Islamic State’s intellectual genealogy if we are to react in a way that will not strengthen it, but instead help it self-immolate in its own excessive zeal.

And it is the lack of acceptance by the United States government of the ISIS Muslim connection holding us back from defeating the organization.

This happens to be an important article and I strongly recommend you read the entire thing here at The Atlantic.

Hilarious: Writing a speech for Biden can be hell. And that was before the inaugural
January 21st, 2021 Liberty Unyielding