What if Mel Gibson Made A Maccabee Movie and No Jews Came? 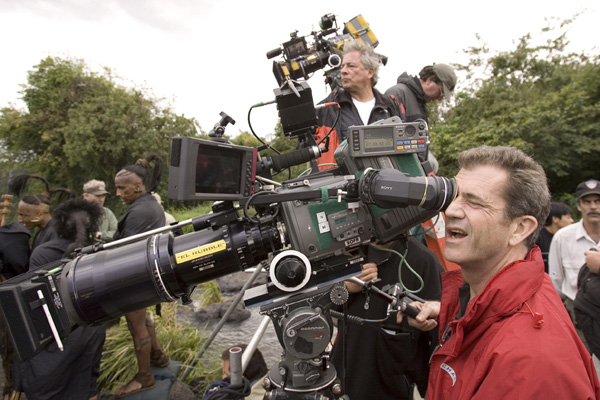 To paraphrase Tevye in Fiddler on the Roof, “Lord, I know we are your chosen people, but once in a while, can’t you have Mel Gibson choose someone else?”

Gibson’s career reads like a Shakespearean Tragedy. After becoming arguably the biggest star in Hollywood, he began displaying his Hubris, spewing hatred against different ethnic groups, much of it against the Jews (or as he has called them “oven dodgers). Gibson’s hatred nearly destroyed his career, turning him into, at best, a b-player. But announced last week, Gibson has been given a big Hollywood project by Warner Brothers. He will be producing and possibly directing (and even starring in) a movie based on Jewish history, the story of Judah Maccabee.

This is not the first time Gibson has tackled Jewish History. In 2004 Gibson was interviewed by Peggy Noonan for Readers Digest in 2004. Noonan asked Gibson if he believed the Holocaust happened. He answered by questioning the number of Jews slaughtered by the Nazis and seemed to downplay the Holocaust as a Jewish experience.

“I mean when the war was over they said it was 12 million. Then it was six. Now it’s four. I mean it’s that kind of numbers game. I mean war is horrible. The Second World War killed tens of millions of people. Some of them were Jews in concentration camps. Many people lost their lives. In the Ukraine, several million people starved to death between 1932 and 1933. During the last century 20 million people died in the Soviet Union. Okay? It’s horrible.”

These are just a few of many Anti-Jewish acts made by Gibson, the most famous of which occurred during a drunk driving arrest in 2006 when he kept screaming, referring to “f***ing Jews” and later stated that “the Jews are responsible for all the wars in the world.”

So should Gibson’s Antisemitism prevent him from making a movie about the Maccabees? That’s kind of a hypothetical question because it was Gibson who brought the picture to Warner Brothers. He first said he wanted to make it when he was promoting the Passion of Christ. At the time, he told Sean Hannity that it was a good story, kind of like a western. The real question is, once the movie is made, will Jews come out and see it?

Rabbi Marvin Heir, founder and dean of Los Angeles’s Simon Wiesenthal Center Museum of Tolerance voiced his displeasure in statements to The Hollywood Reporter and predicted that Jews should stay home.

I am not as sure as Rabbi Hier is that Jews will stay home. As a people Jews are quick to forgive, Israel considers PA President Abbas a moderate even though he was one of the people responsible for the Sbarro bombing, American Jews still support Barack Obama despite his anti-Israel policies. In the end, the good Rabbi will be very disappointed to learn how many Jews will see the movie.

More than his Anti-Semitic history, I am not sure that Gibson has the background to appreciate the real story of the Maccabees. Gibson is a passionate member of the Catholic Traditionalist movement. This minority Catholic sect rejects the reforms of the Second Vatican Council in 1964-65. In particular, the abolition of the Latin Mass. Part of the traditional Latin Mass that Gibson so fiercely believes in is about the conversion of the Jews. The prayer reads: “Let us pray also for the Jews, that the Lord our God may take the veil from their hearts and that they also may acknowledge our Lord Jesus Christ.” It also refers to their “blindness” and prays for them to be “delivered from their darkness.”

This is a direct conflict with the story of the Maccabees who fought against conversion. Only part of the Hanukah story was the Maccabees’ fight for getting the Greeks out of Israel and the cleansing and dedication of the Temple. The Maccabees fought a civil war against other Jews. Judah and the boys were fighting Jews who had turned away from their faith by combining it with Greek/Hellenistic practices (or, in some cases abandoning the Jewish faith totally). The resulting assimilation caused a loss of Jewish faith and tradition, and finally, laws against practicing Jewish rituals.

Sadly, in many ways, this story about a war against the assimilation of the Jewish people has become the most assimilated of Jewish holidays. Too many treat this holiday as a “Jewish Christmas,” the exact opposite of what the Maccabee story is all about.

That is the reason I don’t believe that Gibson is qualified to produce, direct and possibly star in a movie about Judah Maccabee is not his love or hatred for the Jewish people, but the fact that his particular view of the Catholic faith, that the blindness of the Jews should be cured so they can accept Christ is the exact opposite of the Maccabee story.