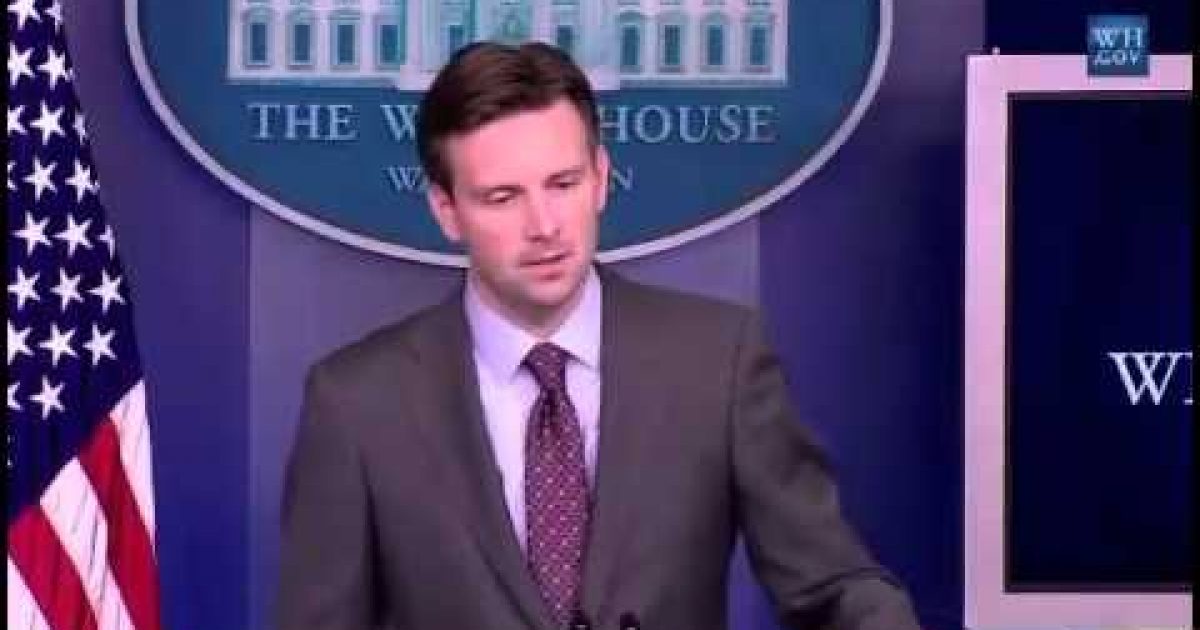 The White House had a major event honoring the Apollo 11 Astronauts, the press wasn’t invited.
Obama met with Buzz Aldrin and Michael Collins to mark the 45th anniversary of the mission. Neil Armstrong died in 2012. The official White House photographer was there to take pictures but press cameras, TV cameras were banned. ABC White House reporter Jonathan Karl started the objections, when Press Secretary Josh Earnest said there wasn’t time to have the press come in.

“Couldn’t he have been maybe five minutes later for the fundraiser out in Seattle?” Karl wondered. “I find that explanation a little hard to believe.”.

“Is it because some of those Apollo astronauts, including Neil Armstrong, shortly before he died, going to Congress – was very critical of this president for the way he has handled the space program?”

As the press briefing was ending, Major Garrett of CBS launched a formal complaint,

Before we let you go, on behalf of the [White House] correspondents association I just want to lodge a formal complaint about the Apollo 11 event today. The astronauts were among the most visible televised national heroes this country’s ever known. That entire program was financed by the American Taxpayer, still presentation of that limits television coverage of that event. We believe that is a classic definition of something that should have the broadest coverage imaginable. We therefore launch a complaint against your decision to keep us out.

But this is the most transparent administration In history.