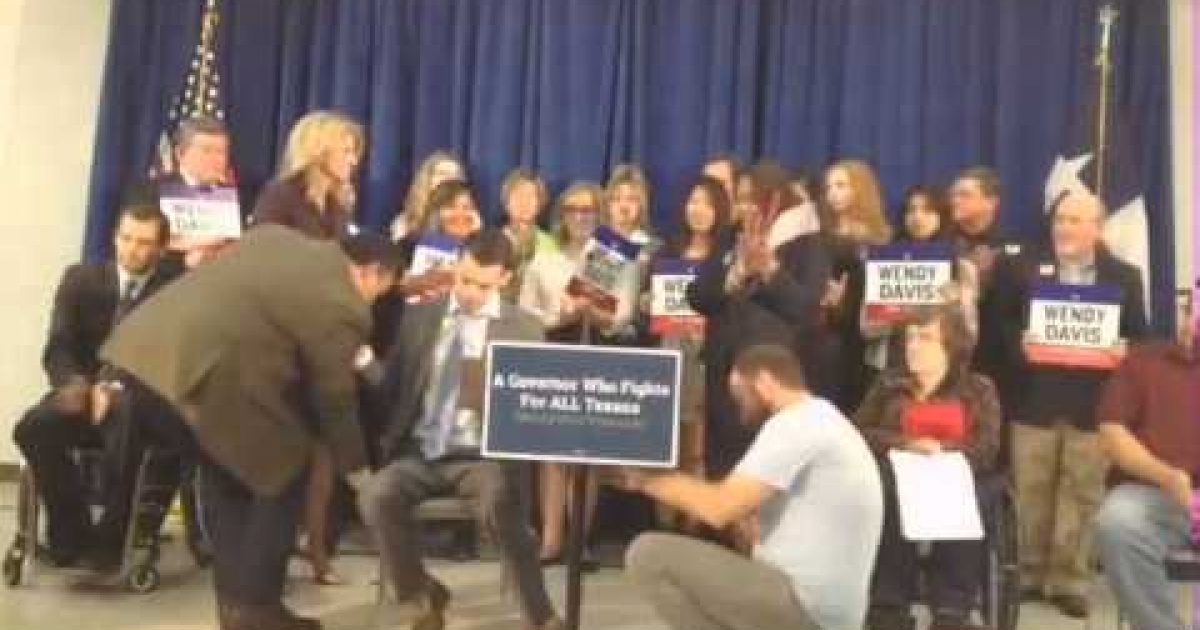 
There’s an old saying…when you find that you’ve dug yourself a hole–stop digging! Your campaign is literally becoming a drag!

Everything from the production of it to the looming voice, to the issues. This is not what her brand is turning out to be. She should be appealing to women and she should be inspiring them and having a positive message, and — yikes, I cringed watching that.”

“This isn’t a Hail Mary. This is a Hail Mary to lose,” said Beckel. “This is like running the other way with the ball.”

“This is the kind of thing that you never, ever do, is take advantage of some of your opponents physical or mental…conditions. It’s almost certain to backfire in every direction you could possibly imagine.”

“Who’s thinking…I don’t know who’s the consultants on the campaign, but boys, whoever you are, resign.”

The Quorum Report‘s Scott Braddock tweeted, “If an ad starts with ‘A tree fell on Greg Abbott,’ it better be an ad for Greg Abbott … Very poor execution.” Texas Monthly Senior Editor Erica Grieder weighed in: “Re the new [Wendy Davis] ad: It’s mean-spirited and misleading. Does not correspond to my sense of justice.” Texas Observer’s Christopher Hooks added, “Holy s*** guys … Think of the number of people this had to get past in the planning process.”

But none of the criticism stopped Wendy. On Monday Ms. Davis held a press conference on Monday, flanked by all of her friends who use wheelchairs. . She defended her controversial ad, calling Mr. Abbott a hypocrite.

“After receiving justice in the form of millions of dollars from a lawsuit, Greg Abbott has built a career kicking the ladder down behind him and denying to others the very same justice that he both deserved and received,” the Texas state senator said at her Fort Worth field office, Politico reported. “We need to call this what it is — hypocrisy. But there is example after example of it, harming the people that he is supposed to be fighting for.”

Watch this video from the Davis press conference. Notice that nobody on Davis’ staff moved the mike down so the person with Cerebral Palsy could speak comfortably into the microphone. Also notice that instead of moving the mike to him…they sit him in a chair in the middle so when it was time for someone else to speak they unceremoniously drag the poor guy in the chair across the stage like a prop. Oops!