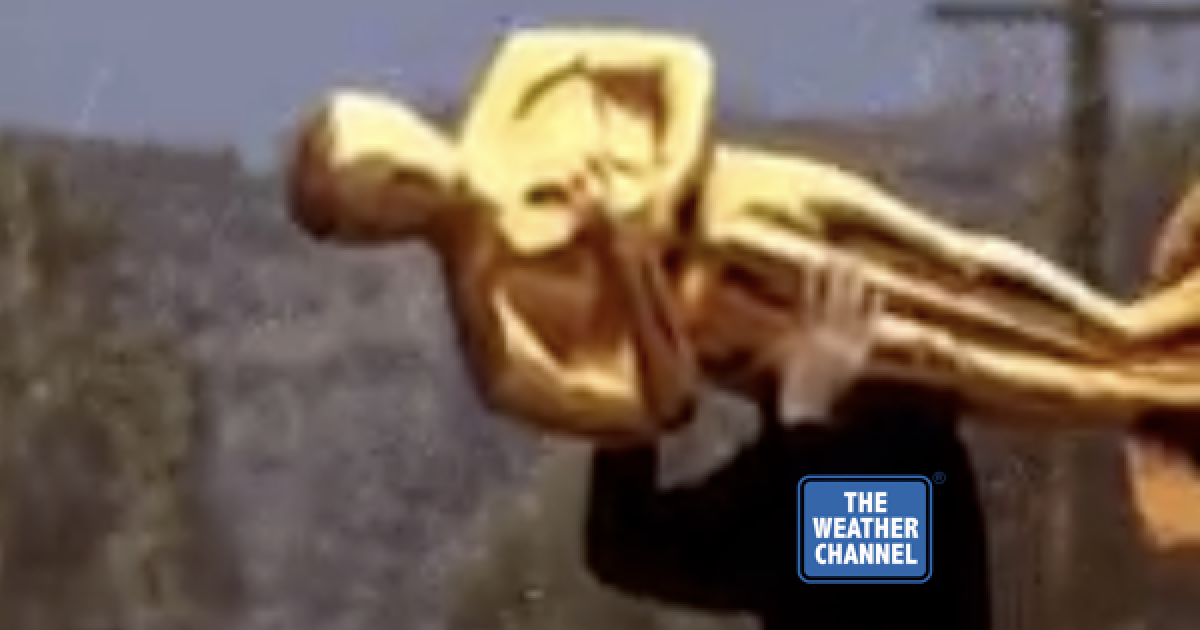 On Friday, viral videos showed a Weather Channel reporter appearing to struggle against hurricane force winds as he bravely gave his report about how bad things were in the midst of what is now Tropical Storm Florence. The video was so dramatic (for a while).  Mike Seidel was captured attempting to keep stand as winds appeared to lash at him, “This is about as nasty as it’s been,” Seidel. The video looked convincing,  that is until two civilians were spotted casually walking on the pavement in the background…oopsie.

So dramatic! Dude from the weather channel bracing for his life, as 2 dudes just stroll past. #HurricaneFlorence pic.twitter.com/8FRyM4NLbL

WATCH: Weather Channel Reporter Acts As If He Can Barely Stand During Hurricane Coverage as 2 Citizens Casually Walk By

Naturally, the Weather Channel got hammered for this bit of fake news.

And he Oscar goes to pic.twitter.com/KTuS6ar1cI

I like the Weather Channel. But look at this guy acting like the wind is about to blow him over as he rocks back and forth. Meanwhile, I guess he missed the guys walking behind him casually talking on their phones. OOPS!!

Weather Channel dude: *about to be blown off his feet by the wind*
Two locals: *casually walking down the street taking cell phone vids*

I love you North Carolina pic.twitter.com/rEQtIupi5m

For this commercial break, here is a Weather Channel update. LOL!https://t.co/2h92ffG32e

The Weather Channel had an explanation, but it really didn’t make things any better.

“It’s important to note that the two individuals in the background are walking on concrete, and Mike Seidel is trying to maintain his footing on wet grass, after reporting on-air until 1:00 a.m. ET this morning and is undoubtedly exhausted,” the network told Buzzfeed.

Twitchy asked the obvious: “Why didn’t Seidel move 12 inches to his left where there was pavement?”

Easy — it wasn’t in the script. Or Perhaps reporter Mike Seidel was trying to audition for the home of fake news, CNN. If that’s the case he didn’t do a very good job, after all, even liberals would know his act wasn’t real.