WATCH: We Were Right About The Harms From COVID Lockdowns 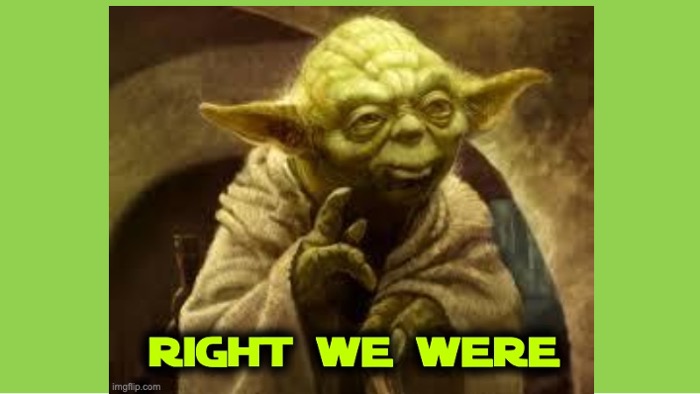 Can we revisit who the real “COVIDiots” are now that the data is coming in?

For nearly three years now, those who opposed a trial run of communism to “slow the spread” of a virus were called “COVIDiots” and “Granny Killers” while the COVIDictators told us that we need to shut down the world, stop living our lives, let the elderly die alone in despair, and keep churches closed — while massive protests and masked Tinder hook-ups are hunky-dory — those people were trotted out daily on Regime Media outlets and lauded as “experts” who must be obeyed.

The data is coming in on the lockdowns and authoritarian COVID measures, and it turns out that there were some “unexpected consequences” of lockdowns that have caused significant harm to more people than COVID itself. Surprise!

Of course, many people who have been smeared as “science deniers” for nearly three years for asking about the ripple effects of lockdowns and Fauci’s precious “mitigation measures” could see this coming a mile away.

Yes, COVID is real. No, not everyone is at the same risk level. Interventions have a cost associated with them; sometimes, they aren’t immediately evident.

Paul Joseph Watson posted a video on his channel titled “We Were Right.”

He begins by lambasting CNN medical analyst Dr. Leana Wen, who was even harsher than Tony Fauci was in her recommendations on how to handle the pandemic — she dehumanized the unvaccinated, pushed for vaccine passports, wanted to ostracize the unvaccinated, and wanted to make kids wear medical-grade respirators to attend school.

Now, Dr. Wen has done a complete 180 on her authoritarianism… after her kid was developmentally harmed by the masks. Of course. She didn’t give a rat’s ass what happened to millions of other people’s kids, but when her son started showing signs of developmental and social delays, well, that’s when she changed her tune. What a ghoul.

But it isn’t just Dr. Leana Wen — it’s everyone.

The entire West — Sweden, and Florida being the big exceptions — tossed aside their pandemic plans in March 2020 in favor of the Chinese authoritarian model.

According to Watson, the government of the United Kingdom apparently didn’t even see fit to do a cost-benefit analysis before imposing lockdowns. Frankly, it would be a surprise if a single western nation bothered with that since lockdowns became trendy and politicians were cultishly chanting, “We’re all in this together.”

Two-and-a-half years later, we’re seeing the costs — pseudo-autistic developmental delays in children, the “othering” of the unvaccinated, the assault on basic freedoms, and the damage caused by shutting down healthcare systems with the singular focus on one virus at the expense of all other health concerns. It’s a damned mess.

We need to hold accountable all of the politicians and the politicized “medical experts” who pushed this B.S. and make sure that it never happens again.