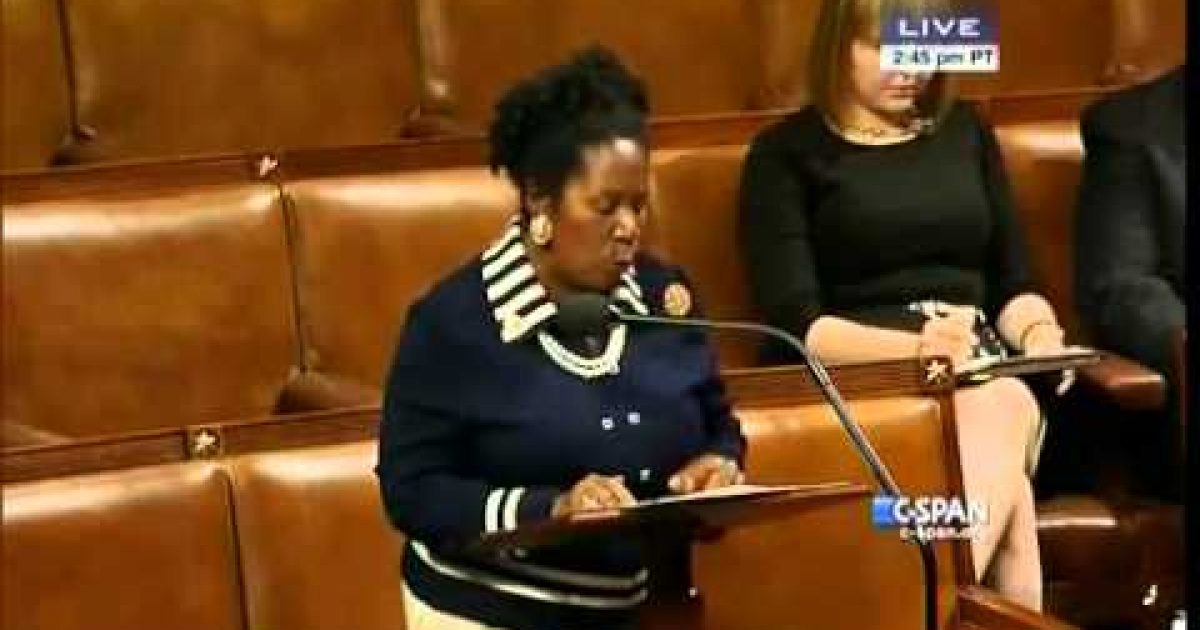 Every day Sheila Jackson Lee fights with people like Barbara Boxer and Hank Johnson to prove she has the lowest IQ in congress. However when she spoke out against the bill to sue Barack Obama on the house floor today and said there was never a Democratic Party attempt to impeach George W. Bush, I couldn’t tell if she was lying or too stupid to remember.

Her words today were:

I ask my colleagues to oppose this resolution for it is in fact a veiled attempt at impeachment and it undermines the law that allows a president to do his job. A historical fact: President Bush pushed this nation into a war it had little to do with apprehending terrorists. We did not seek an impeachment of President Bush, because as an executive, he had his authority. President Obama has the authority.

Granted it was over six years ago and she is of feeble mind, but it is all in Govtrack (it’s in Thomas.gov as well).

in June 2008  Dennis Kuchinich introduced H.Res.1258 a bill to Impeach “Dubya” for high crimes and misdemeanors.

Lo and behold when you look at the eleven co-sponsors of the bill Sheila Jackson Lee’s name is on it.

So I ask you dear readers was Ms. Jackson Lee be succumbing to her low metal capacity when she said the Democrats never tried to impeach Bush 43? You know–something like the time she stood on the floor of the house  discussing how North and South Vietnam are living peacefully side by side, even though there hasn’t been both a North and South Vietnam since Gerald Ford was President.

Or was Sheila Jackson Lee just being a liar?  Please vote below and help me decide.

Was Sheila Jackson Lee being stupid when she said the Dems never tried to impeach “Dubya,” or was she just lying?
Lying
Stupid
Both