Which One Is Lying 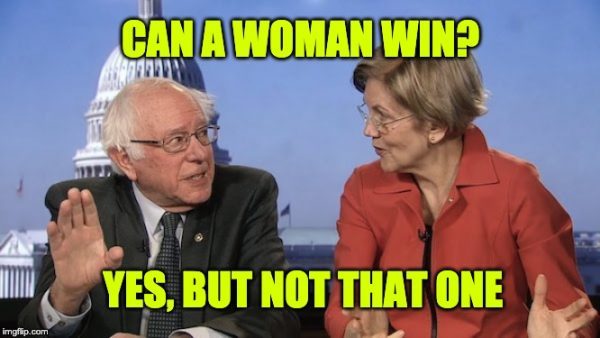 CNN reported Monday that during a December 2018 meeting at Elizabeth Warren’s apartment, Senators Sanders and Warren discussed the fact that the two might find themselves running against each other. The two smoked a virtual peace pipe (they were in Fauxcahontas’ apartment). They agreed that they would play nice with each other, and save their attacks for others as not to damage the far-left progressive movement. woman can’t win

Apparently, at one point in the conversation, Warren told Sanders she would “make a robust argument about the economy and earn broad support from female voters.” Bernie answered that he did not believe a woman could win the presidency, according to the report.

CNN claims to have gotten the details of the meeting from “four people two people Warren spoke with directly soon after the encounter, and two people familiar with the meeting.”

When asked about the report by CNN Bernie objected:

“It is ludicrous to believe that at the same meeting where Elizabeth Warren told me she was going to run for president, I would tell her that a woman couldn’t win,” Sanders said.

“It’s sad that, three weeks before the Iowa caucus and a year after that private conversation, staff who weren’t in the room are lying about what happened. What I did say that night was that Donald Trump is a sexist, a racist and a liar who would weaponize whatever he could. Do I believe a woman can win in 2020? Of course! After all, Hillary Clinton beat Donald Trump by 3 million votes in 2016.”

Yep, Bernie, she won the popular vote because of her margin in California or her margin in NY and Illinois, but thankfully Trump won the electoral vote, which is the one that counts.  So Hillary LOST to Donald Trump.

Not only does this report come out three weeks before Iowa, but it comes out as the “peace-pipe” shared in December 2018 has stopped burning.  Per the Hill

The CNN report comes amid growing tensions between Sanders and Warren, with polls finding the progressives locked in a tight race for the nomination with the Iowa caucuses only weeks away.

On Sunday, Warren ripped Sanders over a Politico report alleging that his campaign quietly instructed volunteers to tell voters that Warren would be a weak general election candidate because her appeal is limited to “highly-educated, more affluent people who are going to show up and vote Democratic no matter what.”

According to the talking points, the volunteers were instructed to tell voters that Warren is “bringing no new bases into the Democratic Party.”

Warren fired back directly at Sanders, saying she was “disappointed to hear that Bernie is sending his volunteers out to trash me.”

“Bernie knows me and has known me for a long time,” Warren said. “He knows who I am, where I come from, what I have worked on and fought for and the coalition and grassroots movement we are trying to build. Democrats want to win in 2020 we all saw the impact of the factionalism in 2016 and we can’t have a repeat of that.”

NEW: @BernieSanders campaign manager responds to report that in 2018 Sanders told @ewarren that a woman couldn’t win in 2020.@fshakir: “It is a lie.” pic.twitter.com/JTgugmlb2k 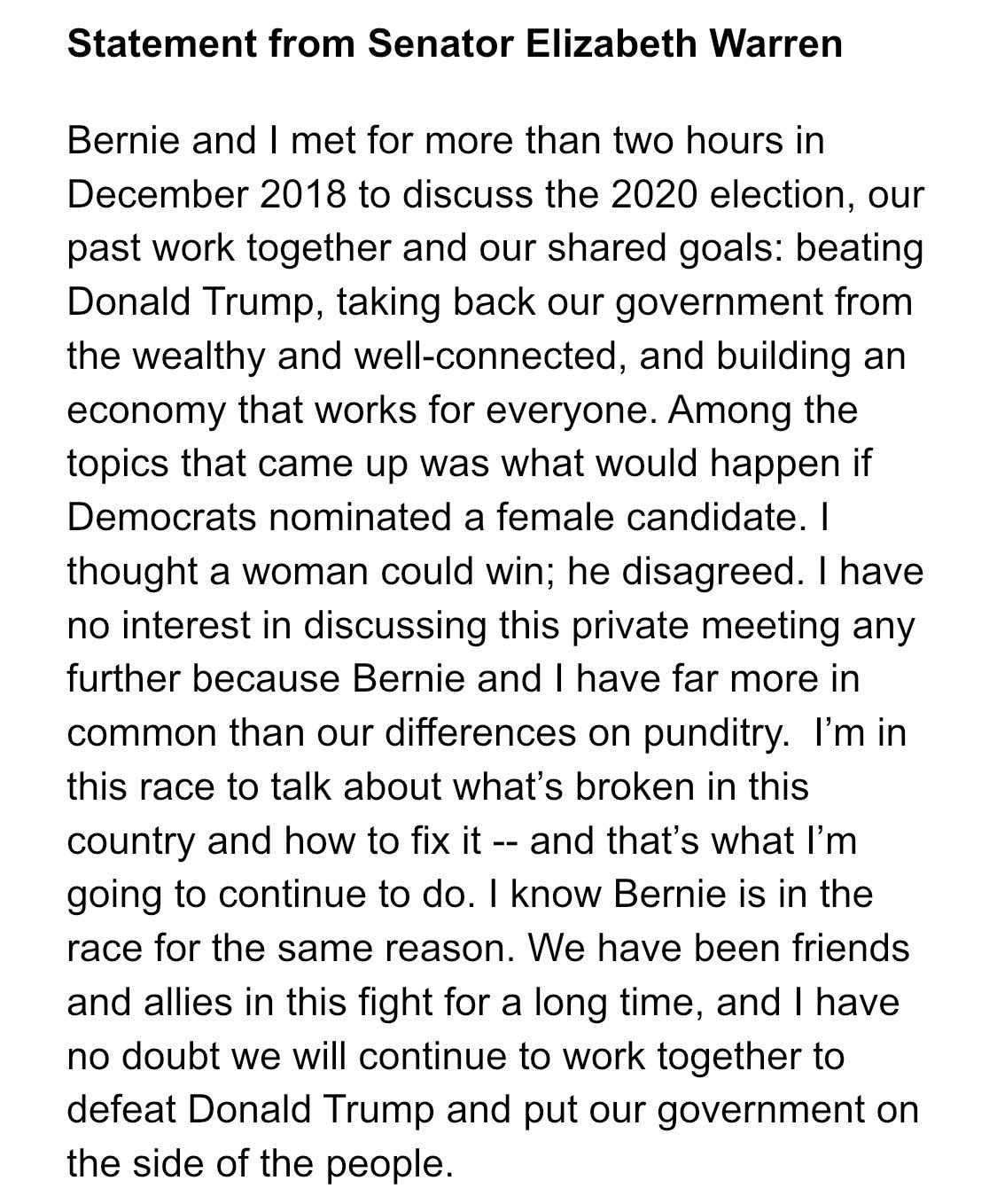 So it turns out Bernie is the liar.  Unless of course, Senator Warren is lying above.  They both are extreme leftist politicians, they are probably both lying. And this report originated with CNN, and we know they lie all the time. Gee Whiz, this is giving me a headache!

As they say, “all is fair in love and war.” But all is not fair in politics, it’s a dirty business. And two radical left-wing buddies become enemies when the vote is near.

White House Not Happy With New Florida Election Law, Says They Are ‘Moving In The Wrong Direction’
May 6th, 2021 The Political Cowboy