The War Against Antisemitism Must Be Fought and Won, Without ignoring Palestinian Authority Jew-hatred 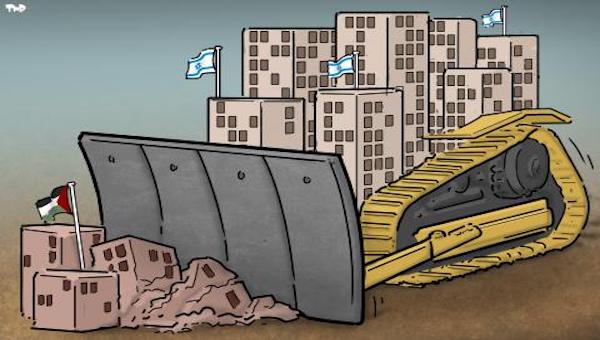 An unfortunate but essential conversation is taking place worldwide, and in the U.S. in particular, about the growth of Antisemitism.

Hatred and conspiracy theories against Jews spewed by the likes of Kanye West, and shared by Kyrie Irving, have spiked interest in finding ways to combat the oldest hatred.

However, despite the growing understanding of the need to adopt the International Holocaust Remembrance Alliance definition of Antisemitism by an impressive number of countries and groups, one institution is wholly ignored.

It would not be the hardest case to claim that one of the most anti-Semitic institutions remains the Palestinian Authority.

There is not a day that passes when an official from the PA, or its official media, spews out vitriol against Jews. Not Israelis, or Zionists, frequently used by many as a substitute, but Jews.

According to Palestinian Media Watch, only days ago, Omar Hilmi Al-Ghoul, a regular columnist for the official PA daily and a former advisor on national affairs to former PA Prime Minister Salam Fayyad, wrote an article, “The awakening of American Jews,” where he relayed all the traditional anti-Semitic motifs against Jews.

Claiming they control the government, media, and Hollywood, Al-Ghoul went into further greater detail than Kanye West or any of his supporters in recent weeks.

While the international community commemorates International Holocaust Remembrance Day in January, PA TV teaches viewers that the Holocaust was the price the Jews paid for their ‎evil behavior – their “conspiracies and wickedness.”‎

The manipulation and appropriation of the Holocaust is hardly something new, as the leader of the PA, Mahmoud Abbas, stood a few months ago alongside German Chancellor Olaf Scholz in Berlin and said that Israel had committed “50 Holocausts” against the Palestinians.

This is hardly surprising for a man whose doctoral thesis was based on denying central parts of the Holocaust.

The evidence against the PA, its leaders, and its representatives is overwhelming.

While in western countries, an institution spreading this hatred would be sanctioned and condemned, the PA continues to receive support and funding from many, and their Jew hatred is seen as a distraction at best.

Some years ago, a senior European Union official responsible for European funds directed towards the PA was asked to look into Palestinian Authority incitement and Antisemitism. He responded that he needed an inquiry “like a hole in the head.”

This response shows the apathy some display in the west towards the PA’s machinery of Jew-hatred.

Unfortunately, the ‘headache’ that some Europeans, Americans, and others might feel for actually suppressing Antisemitism hardly matches the genuine terror attacks and murder wreaked on Jews in Israel as a result.

The Palestinian Authority’s machinery of hate dwarfs anything in the west.

Silence in the face of this Antisemitism, which has a far greater real-time effect and leads to far more bloodshed, is indeed complicity.

Antisemitism in the PA is the fuel that drives their over-100-year war against Jewish sovereignty in its ancestral and indigenous homeland.

It is not a side issue or a distraction. It is the central driver of terror and war against Jews.

There is no chance of peace. However, one sees a resolution to the conflict without addressing Antisemitism and incitement in the PA.

It cannot be moderated or compromised with; it must be defeated.

The Palestinian Authority leadership must hear the most vital message from Israel and the West that Antisemitism will no longer be tolerated, and until it vanishes altogether, it will be seen as the actions of a regime that is uninterested in peace. One whose will to continue this war must be broken.

If any other leadership or regime acted and spread Jew hatred like the PA, it would be shunned and under enormous pressure to change.

Sanctions would be used, funding and partnerships would be withheld, and those involved in actual attacks on Jews, for which people employed and associated with the PA are becoming increasingly involved, would be vigorously pursued.

Without these measures, words and statements against Antisemitism are empty.

If the war against Antisemitism is to have any meaning, it must be constant and consistent across the globe. By ignoring and side-stepping PA Arab Antisemitism, some are showing that this war is not really serious because when Jews lives are at stake, it doesn’t matter.

The war against Palestinian Authority Antisemitism must be fought and won as vigorously and ruthlessly as anywhere else.

The author of this post, Karma Feinstein Cohen, is the Executive Director of World Herut

Herut is a non-partisan international movement for Zionist pride and education and is dedicated to the ideals of pre-World War Two Zionist leader and philosopher Ze’ev Jabotinsky. Herut is comprised of every sector of Jewry; women and men, secular to religious Zionists, and everything in between. Herut members work each and every day to empower Jews to stand up to Antisemitism while working against the anti-Israel hate, which is a polite way to be anti-Semitic.

Jeff Dunetz (The Lid) is an active member of the organization. More about Herut can be found at www.HerutNA.org–and Please click here and join me in this great organization.