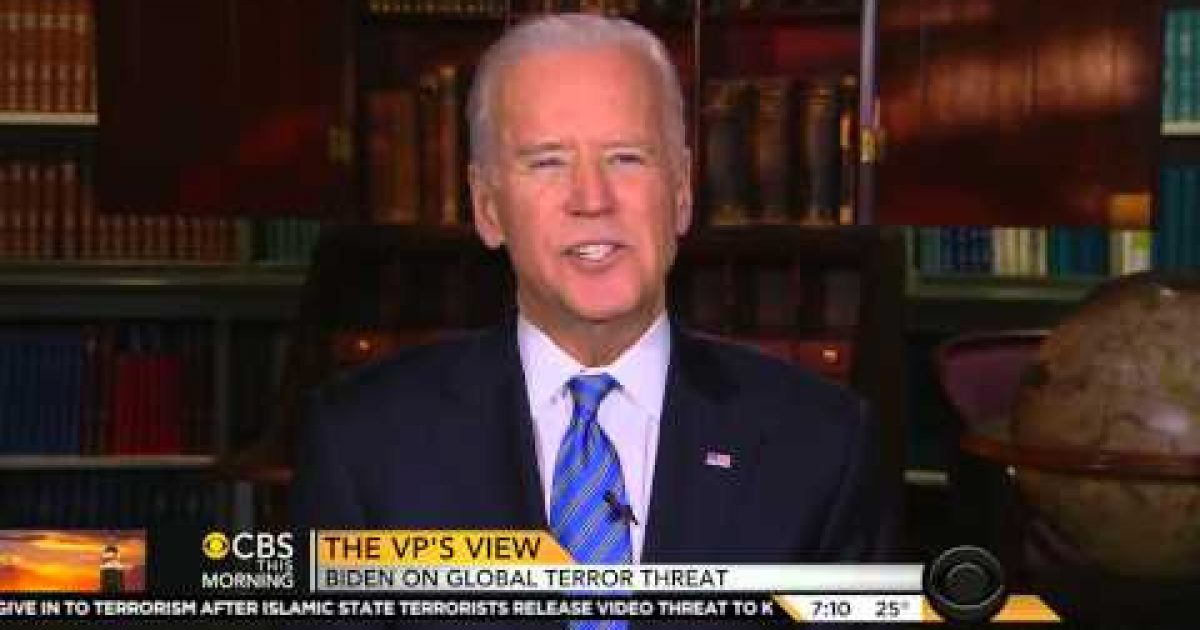 Ya gotta love the SCHMOTUS, Joe Biden. Interviewed today on CBS this morning, he said what many in the GOP have been saying- “We’re gaining ground in Iraq. [But not] In Syria — there are no boots on the ground.” Obama’s position is there will be no boots on the ground while he is president.  An obvious gaffe, but as all of Biden’s gaffes…it’s great copy for bloggers an Obama’s opponents.

No, what we need to do is double down on our strategy. If you notice, we are making progress against ISIL they call it Dash in the region,  in Iraq, because in Iraq we now have a more unified government the Sunni, Shia and Kurds are beginning to work together and they’re [ISIL] ground. losing ground

(…) We’re gaining in Iraq, In Syria, there are no boots on the ground. Syria is a dysfunctional country with nobody in charge. The fact of the matter is we’re working with our Arab allies and European allies to build coalitions to be able to take on both Assad and ISIL. It’s a difficult process, it’s going to take time. And there’s no existential threat to the United States because of what’s going on there, but there’s a threat in the region. We are making progress.