Vox.Com With A Side Of Chow Mein 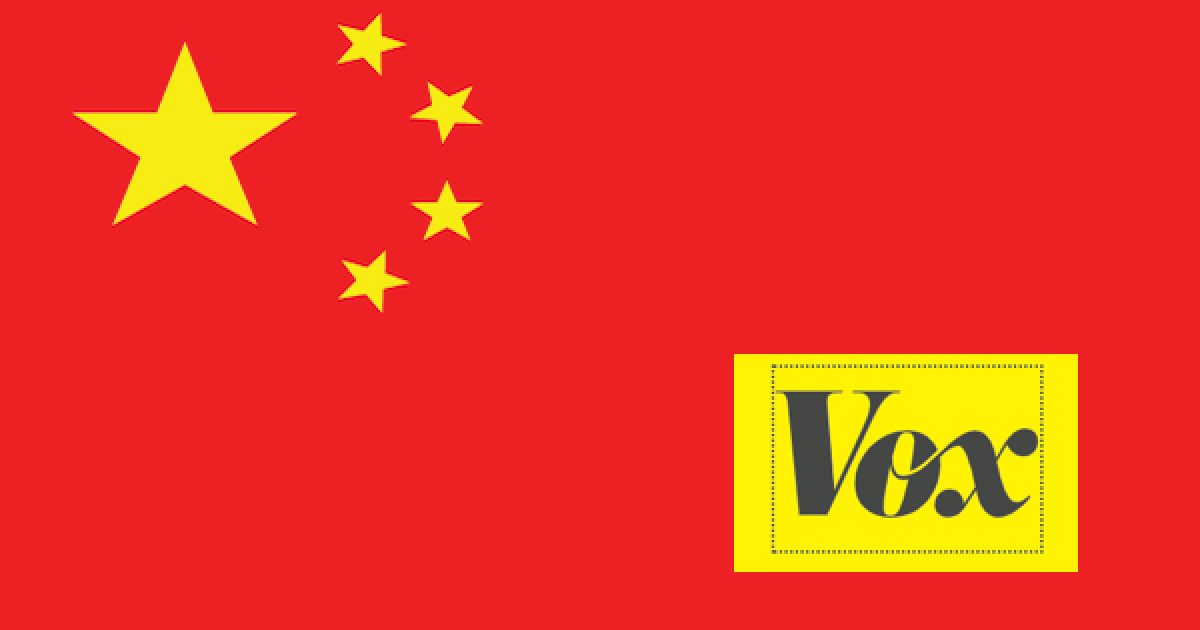 When it first opened for business in 2014, the website Vox was hailed as the first website that would “explain” the news in an unbiased manner. Now it has been discovered that the site is heavily funded by the communist Chinese government.

The site was started by former Washington Post writer Ezra Klein. It was supposed to be the site that told the world just what was happening. Of course, all Klein’s writers are liberals. But now we find just how biased the site really may be.

According to the Washington Free Beacon:

A recent Vox blog post by foreign editor Yochi Dreazen titled, “The big winner of the Trump-Kim summit? China” discloses at the bottom of the piece that the reporting was subsidized by the China-United States Exchange Foundation.

“This reporting was supported by the China-United States Exchange Foundation (CUSEF), a privately funded nonprofit organization based in Hong Kong that is dedicated to ‘facilitating open and constructive exchange among policy-makers, business leaders, academics, think-tanks, cultural figures, and educators from the United States and China,’” the post states in a note at the bottom.

CUSEF, as first noted by Washington Post columnist Josh Rogin, is a front organization backed by the Chinese government and established to spread the party’s propaganda.

“You know CUSEF is chaired by a top official in the Chinese Communist Party’s influence operations network, right?” Rogin queried Vox on Twitter.

“Tung Chee-hwa, CUSEF’s chair, is vice chairman of the Chinese People’s Political Consultative Conference, which is connected to the United Front Work Department, the Communist Party agency designed to advance party objectives with outside actors,” Rogin went on to note.

So, this certainly makes one ask… if the left is all worried about foreign influence in the U.S., why would they let Vox get away with being funded by the Chinese?

Does the funding explain some of its recent posts all bashing Trump’s trade policies with China:

That last one came with an interesting GIF:

Worse, if they claim that the Chinese sugar daddies don’t hold any influence over their “news” posts… how do we believe that? After all, don’t liberals like to say “follow the money”?

I’m curious though, most people know that on Christmas Day Jewish people go to the movies and a Chinese restaurant.  Now that the truth about Vox’s funding is out, do I also have to read Vox on December 25th? Just asking.

Much of this post was first seen at GodfatherPolitics