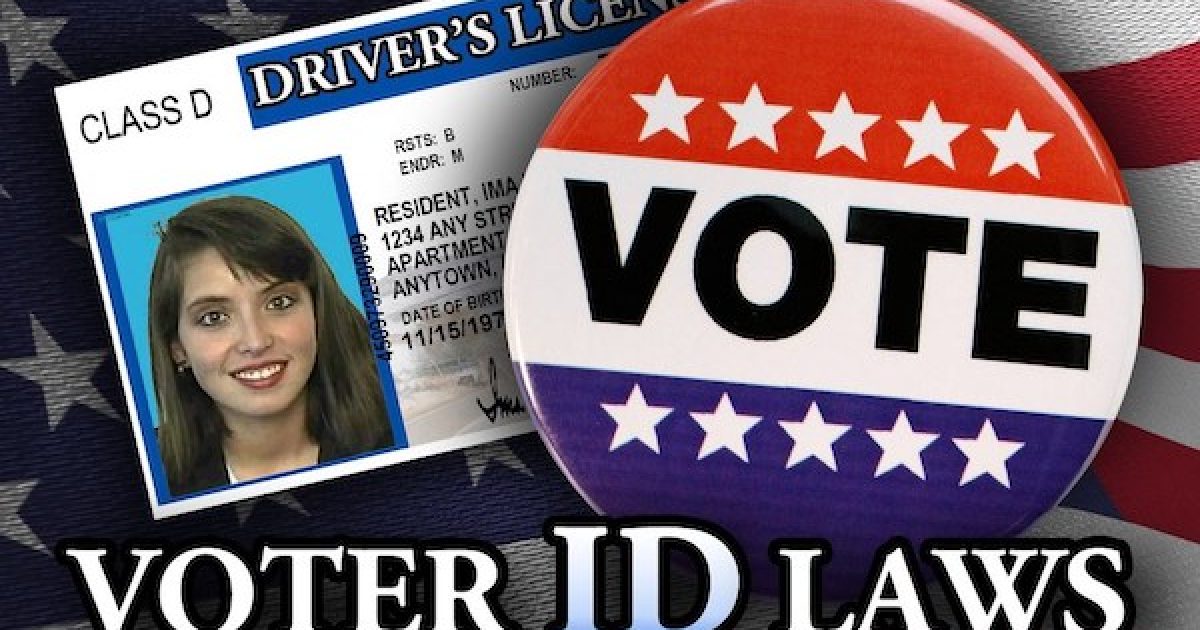 Visitors need to show an ID to enter most office buildings in NYC, federal buildings in D.C., take a trip on an airplane, buy beer and/or cigarettes, but if one believes an ID should be shown for the most sacred American citizen duties, voting, liberals will say that person is a racist trying to suppress minority voting. Well, liberals will have to come up with a different excuse to oppose voter ID because. The results of a new study prove those voter suppression claims are nonsense.

Comparisons were made between states with and without voter ID laws, measuring voter turnout before and after the laws went into effect. The result?

U.S. states increasingly require identification to vote – an ostensive attempt to deter fraud that prompts complaints of selective disenfranchisement. Using a difference-in-differences design on a 1.3-billion-observations panel, we find the laws have no negative effect on registration or turnout, overall or for any group defined by race, gender, age, or party affiliation. These results hold through a large number of specifications and cannot be attributed to mobilization against the laws, measured by campaign contributions and self-reported political engagement. ID requirements have no effect on fraud either – actual or perceived. Overall, our results suggest that efforts to reform voter ID laws may not have much impact on elections.

The study was compiled by Vincent Pons of Harvard University Business School and Enrico Cantoni of the economics department at the University of Bologna in Italy and issued the National Bureau of Economic Research, based in Cambridge, Massachusetts.

Per the Daily Signal:

Currently, 17 states have photo ID laws at the polls, and 18 states have voter ID laws that do not require a photo, according to the National Conference of State Legislatures.

Of those states, the National Conference of State Legislatures classifies 10 states as “strict,” meaning if a voter is without acceptable voter ID under that state’s law, most vote on a provisional ballot. Three of those “strict” states do not require photo ID.

To summarize the results, I turn to the far-left Mother Jones:

Enrico Cantoni and Vincent Pons have a new paper out on the effect of voter ID laws. Everyone will hate it:

We find the laws have no negative effect on registration or turnout, overall or for any group defined by race, gender, age, or party affiliation….ID requirements have no effect on fraud either – actual or perceived. Overall, our results suggest that efforts to reform voter ID laws may not have much impact on elections.

Of course, in typical leftist fashion, they go on to make the nonsensical claim that it must make Republicans sad because the reason they are pushing voter ID laws was to suppress minority turn-out.

While there were always calls for ensuring the people voting were actually supposed to be voting, The Voter ID movement began to pick up steam with the ACORN scandal ten years ago. Where the organization registered people to vote who didn’t have the right to vote or was registered already, and on election day helped people vote illegally.

Since then there have been there had been other reports of fraudulent voting in Texas, New Hampshire and elsewhere. There was even a study showing that the U.S. has 3.5 million more registered voters than eligible adults. That doesn’t mean the 3.5 million actually vote, but it doesn’t say they don’t vote either. The only way to make sure they don’t is Voter ID.

Besides making sure only registered people vote per the study by Cantoni and Pons, suggest that Voter ID may increase the number of people who vote:

[W]hile strict ID laws create additional costs for people without ID, those who want to vote can acquire it before the election, and it is unclear what share of non-ID-holders would vote otherwise. Moreover, other citizens may become more likely to vote if the laws enhance their confidence in the fairness of the election, similarly to the participation boost of improving beliefs about ballot secrecy

A most sacred right and responsibility of American citizenship is voting. We are supposedly guaranteed that every person’s vote is worth as much as every other person’s vote. That guarantee has never been perfect, Blacks weren’t allowed to vote until the 15th amendment in 1870, and women until 1920’s 19th Amendment, but the tradition of the United States has been to aspire toward honest elections. Anything made by man cannot be perfect, but we do strive to make it so. Voter ID is one way of making our excellent electoral system even better.