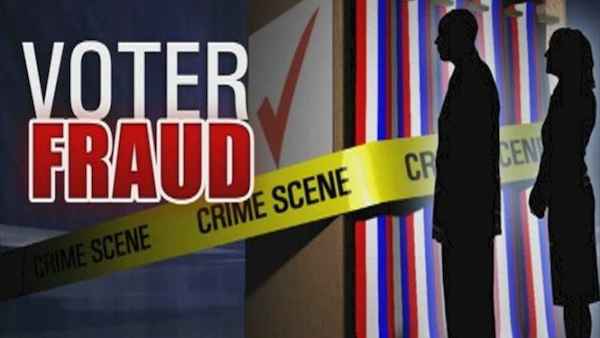 One of the most sacred rights and responsibilities of American citizenship is voting. We are supposedly guaranteed one man-one vote, that every person’s vote is worth as much as every other person’s vote. If there is voter fraud, it reduces the impact of legitimately cast ballots.
Voter fraud exists

Sadly the political leftists and their sycophants in the media fight back against every effort to ensure that there are no illegal ballots cast. They fight against voter ID for voting but believe IDs should be required to enter a federal building, or simply to buy alcohol or tobacco products. Heck, I went to a lab for a blood test this morning and had to show a picture ID.

And now they fight against a president who rightly wants to stop unrestricted mail-in ballots and other liberal policies that can lead to voter fraud. They claim that election fraud doesn’t exist and it’s just a conservative excuse to disenfranchise minority voters.

Sorry liberals—while unicorns, monsters under your bed, and comb-overs that look good, do not exist–voter fraud does exist. Also true is the fact that the same folks who kept telling anyone who would listen that Russia rigged our elections and the Trump team helped, also swear to us that our elections are tamper-proof and cannot possibly be vulnerable to fraud. Not too hypocritical?

On Tuesday, May 26th, the same day that Twitter started using the liberal media to ‘fact-check’ President Trump about mail-in-ballot election fraud, the DOJ announced they are pressing charges against someone involved in absentee ballot voter fraud! 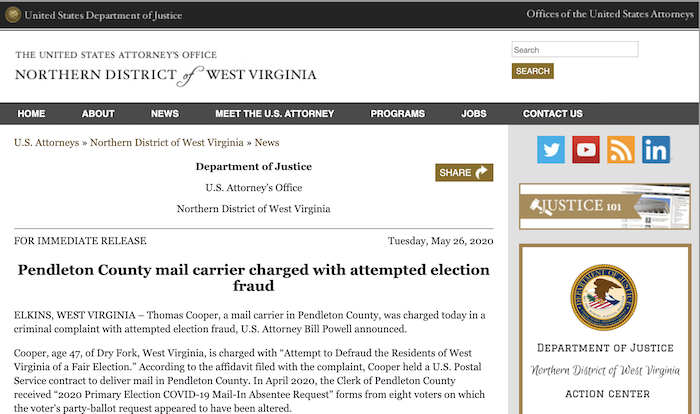 Well… here’s another, this one from the Philadelphia Inquirer:

When Minnesotans woke up last Wednesday, Republican Senator Norm Coleman led Mr. Franken by 725 votes. By that evening, he was ahead by only 477. As of yesterday, Mr. Coleman’s margin stood at 206. This lopsided bleeding of Republican votes is passing strange considering that the official recount hasn’t even begun.

For example, there was Friday night’s announcement by Minneapolis’s director of elections that she’d forgotten to count 32 absentee ballots in her car. The Coleman campaign scrambled to get a county judge to halt the counting of these absentees since it was impossible to prove their integrity 72 hours after the polls closed. The judge refused on grounds that she lacked jurisdiction. [Note: the election director in question later denied that she had made such an announcement, although Minnesota officials acknowledged that ballots were toted around in people’s personal vehicles during the vote processing. – J.E.]

Ken Paxton, the Attorney General of Texas wrote that “going back more than a decade and continuing through the present day, around two-thirds of election fraud offenses prosecuted by my office have involved some form of mail-ballot fraud.”

There’s plenty more. In fact, the Heritage Foundation published a searchable list of 1,285 cases of voter fraud, at least 220 of those listed cases involved absentee ballots.

If the Democrats and their sycophants in the media really cared about disenfranchising voters, they would fight against watering-down the impact of the votes of American citizens who are voting legally.  But it’s become evident that they aren’t striving for “one man, one vote,” they are striving to skew elections their way.

BREAKING: “I’d like to punch Trump in the face” Actor Robert De Niro Is Running Out Of Money
July 10th, 2020 Right Wing Tribune

Man Walks By Bath & Body Works In MAGA Mask, Manager Screams ‘F— Donald Trump’ (Video)
July 10th, 2020 Flag And Cross
Thanks for sharing!
We invite you to become a Lid insider. Sign up for our free email newsletter, and we'll make sure to keep you in the loop.
Send this to a friend